Within Frames is the first exhibition staged by the Hungarian National Gallery that presents a comprehensive picture of Hungarian art between 1958 and 1968. A significant part of the 350 or so exhibits – paintings, sculptures, prints and drawings, books, posters and works of applied art – are not included in permanent exhibitions and many of them had been concealed from the public for the five or six decades since they entered public collections.

The show encompasses a period bracketed by two major historic events: the defeat of the 1956 Revolution in Hungary and the Prague Spring of 1968. Underlying this period was the notorious system of classifying cultural works (books, films, etc.), known as the ‘Three Ts’, standing for the Hungarian words (Tiltott, Tűrt, Támogatott) for “Forbidden”, “Tolerated” and “Supported”. This system, imposed on art and artists by the cultural policy of the time, permeated every aspect of cultural life, including arts events, exhibitions and the publication of books alike. Our exhibition reveals how, despite the frames defined by banned themes (the Revolution of 1956, the Soviet occupation, the dictatorial nature of the political regime) and suffering from the lost illusions of 1956, artists continued to experiment in many ways to find forms of contemporary artistic expression.

The 1960s – or more precisely the years from 1958 to 1968 – was one of the most controversial periods in the history of Hungarian art. A period in which the previous decade’s socialist realist conventions marked by a false heroism and propagandistic depictions were still around but neo-avant-garde strivings aimed at provocatively addressing the true nature of reality were also awakening. Artists were restricted in their room for manoeuvre in these years. Invisible boundaries marked the realm within which artists could only express their need for modernity by imposing limitations upon themselves. Open communication was replaced by doublespeak, reading between the lines, the clever culture of coding and decoding: a manipulative world within the frames of the ‘Three Ts’ was introduced, showing more lenience than before but coming down hard on ‘trespassers’.

The show brings together the period’s significant masters, such as Viola Berki, Tibor Csernus, Béla Gruber, László Gyémánt, Ignác Kokas, Béla Kondor, Dezső Korniss, István Kurucz D., István Mácsai and József Somogyi. The works include many that are exhibited for the first time since the five to six decades of their entering public collections, as well as those by foreign artists – Bernard Buffet, Renato Guttuso, Fernand Léger, Pablo Picasso, Willi Sitte – who inspired Hungarian artists either in regard to their themes or styles.

The exhibition is divided into seven units.

The first section focuses on artists – for example Jenő Barcsay, Sándor Bortnyik, Gyula Hincz Béla and Uitz – whose œuvres are rooted in the avant-garde art of the early twentieth century and who – as great survivors – continued to play an important role in art in the period after 1956.

The pictures, sculptures, objects of everyday use and furniture included in the second unit present the new, modern industrial design.

The third part is devoted to political art, primarily responding to international events and world political affairs. It includes works by many foreign artists whose influence is clearly manifest in the Hungarian art of the era.

The fourth section is centred on one of the universal metaphors that prevailed in the period: the idea of ’building’. According to the official ideology, the proletariat were building socialism and thus the optimistically envisioned future ’was being built’ too. This concept was already endowed with rich symbolic meaning during the rebuilding of the country after 1945, and after 1958 the sight of concrete poles, cranes and machines used in large-scale housing estate construction and industrial development projects became a permanent fixture of everyday life. Besides concrete depictions of the motifs of building sites, constructivism – a heritage of the classical avant-garde – was revived in the same thematic framework. Along with this came the opportunity for tolerated or at times even for banned abstract geometrical art and artists.

The fifth and also largest chapter of the exhibition is titled Rediscovering Modernism. The new regime after the Revolution of 1956 continued the practice of the old, Stalinist dictatorship in that it formulated its expectations of art in no uncertain terms. They were not as dogmatic as before but the frames – works to reflect notions of building socialism, socialist humanism and socialist morals – were nevertheless clear. At the same time, within the frames there remained a relatively large space for manoeuvre, for experimentation and for the revival of various artistic traditions, such as realism and constructivism, as well as for left-wing avant-gardism at the beginning of the century.

The sixth section featuring tolerated and banned art contains works that were given very restricted publicity at the time of their making. The exhibitions organised in private homes, in cultural centres outside Budapest and youth clubs were often open for only a few days and were not only visited by ’fanatic’ art lovers but also by agents and informers of the secret service. These compositions – predominantly abstract and surrealist works – that at first sight looked incomprehensible or did not lend themselves to easy interpretation – regularly aroused suspicion and the agents of cultural policy tried their best to ’protect’ the masses of the working class from such art.

On the whole, the visual culture of the 1960s was profoundly affected by the fact that awakening modernism was shackled by the afore-mentioned frames. Still, thanks to open-air works, high quality book illustrations and affordable prints, the Hungarian public had the chance to encounter a varied and in many cases very high-quality art. The seventh chapter of the exhibition presents the general visual culture of the period in this context.

Curator of the exhibition: Zsolt Petrányi

The exhibition is accompanied by a Hungarian and an English catalogue. 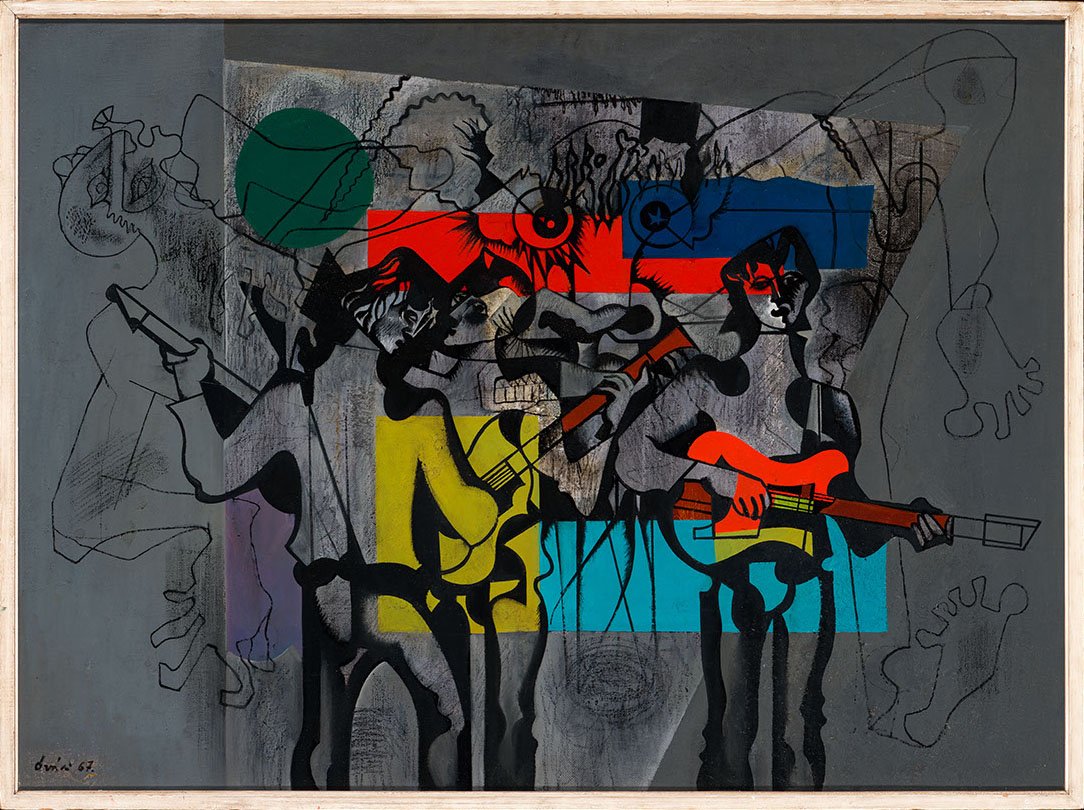 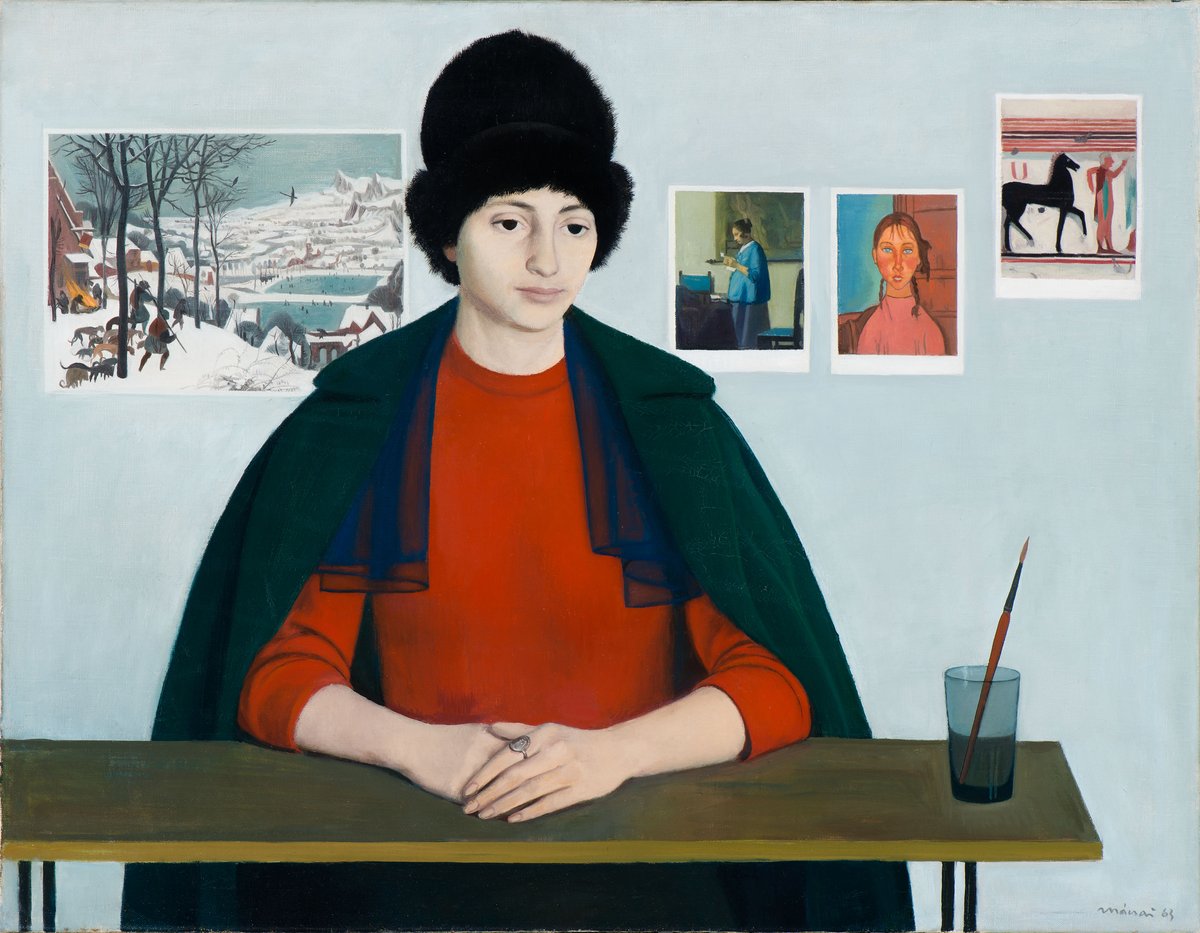 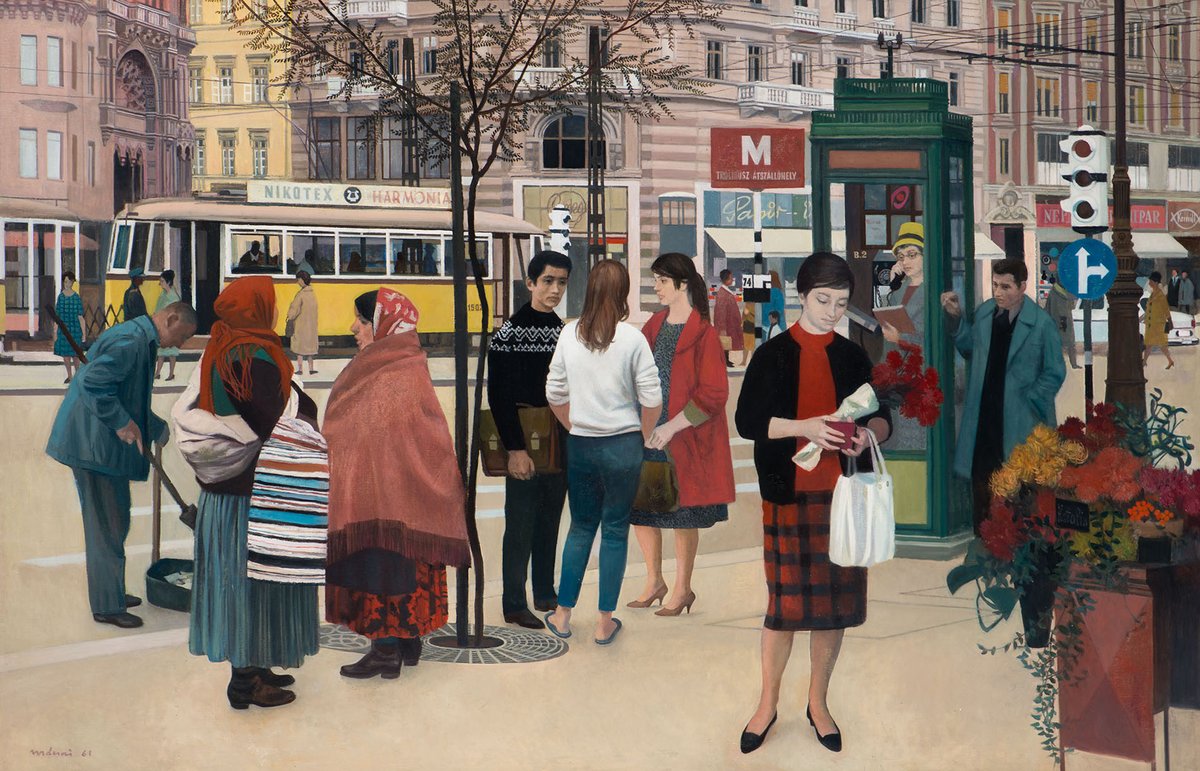 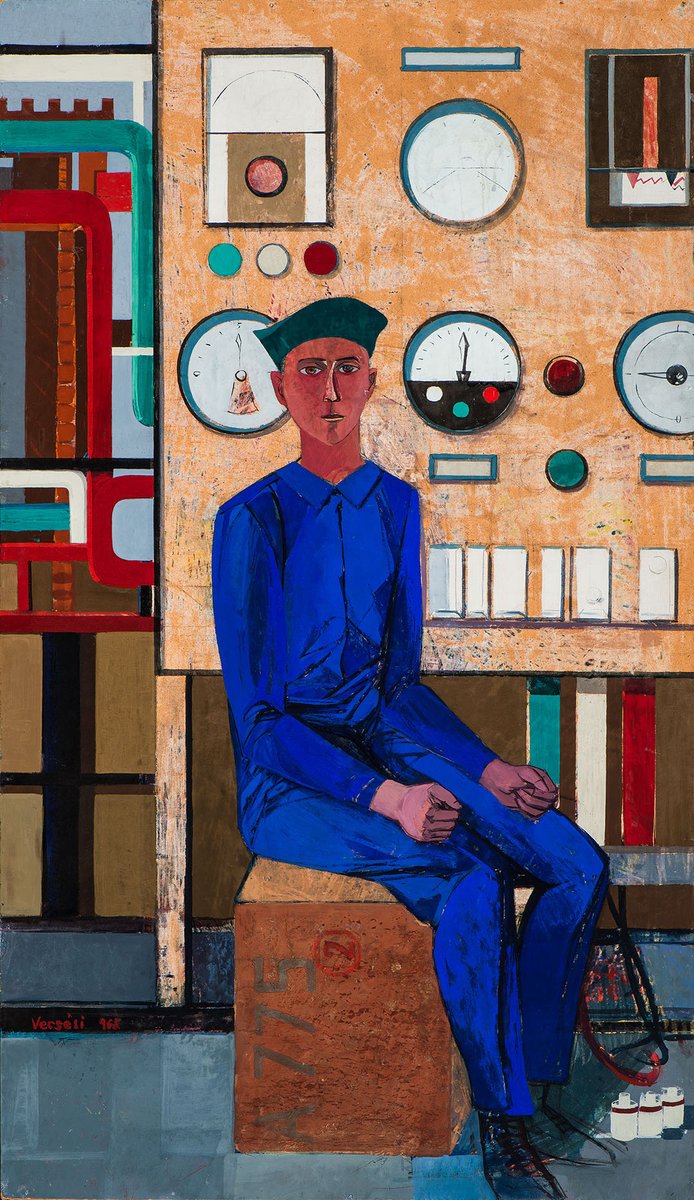 Women (sketch for a mosaic in the National Theatre) Jenő Barcsay 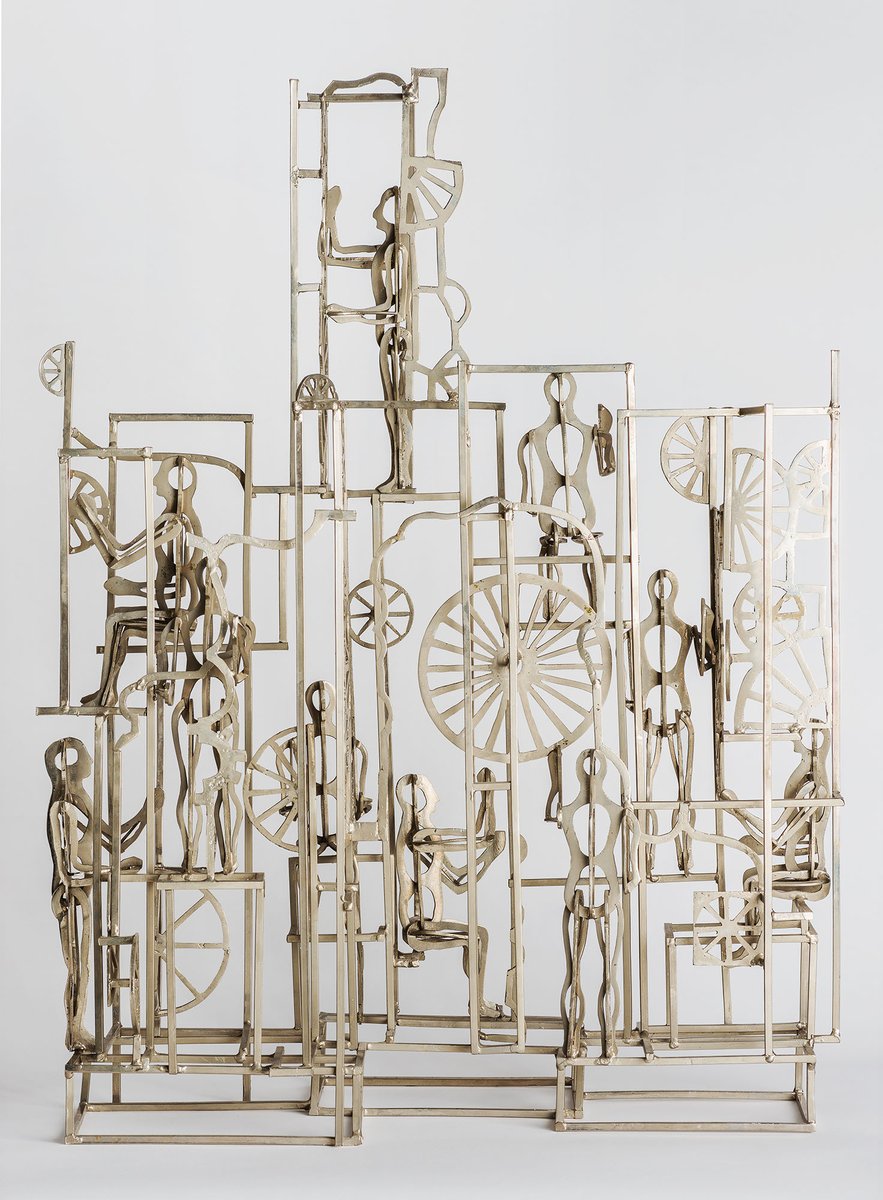 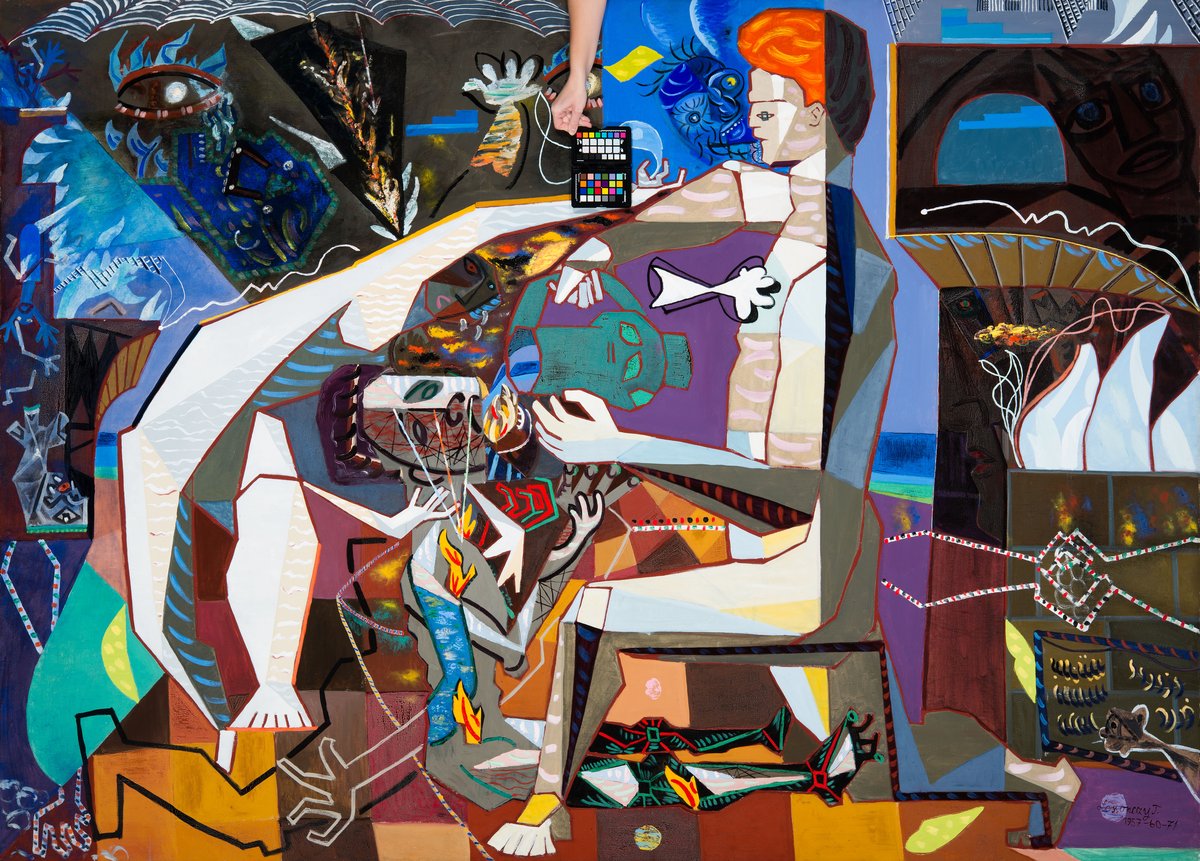 The Fight between Good and Evil Tamás Lossonczy 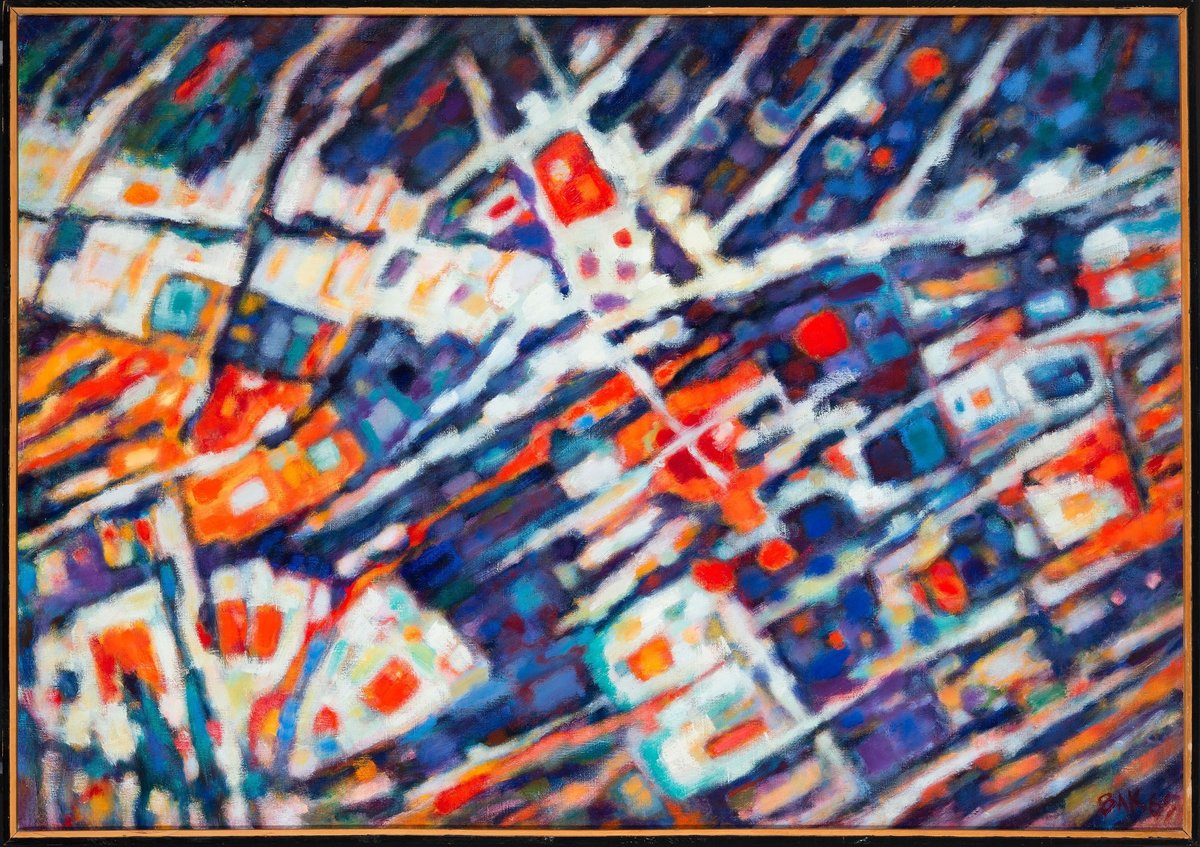 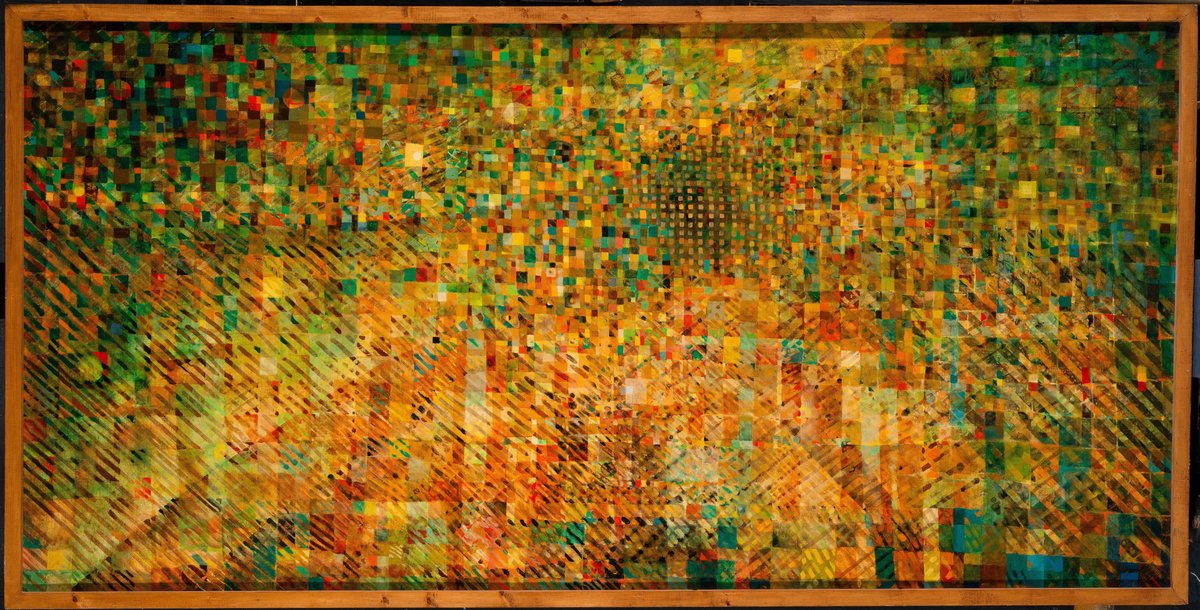