István Farkas, one of the most original artists of post-WWI Hungarian Modernism, left behind an exceptional oeuvre, one which cannot be categorised in one particular style. Hungarian and French art criticism regarded him as one of the foremost artists of the time, made unique among his contemporaries by his way of seeing, his pictorial world, technical sophistication, skill and experimental spirit. The Hungarian National Gallery portrays the oeuvre of István Farkas in hitherto unprecedented wealth. While earlier exhibitions displayed 80 paintings at the most, the current show comprises 170 works, including those by Farkas’ masters. Pictures by László Mednyánszky, Lajos Gulácsy and some foreign contemporaries – James Ensor, Edvard Munch and Leon Spilliaert – provide a broader context for Farkas’ art.

The first section is devoted to István Farkas’ early works, which he produced during his studies under László Mednyánszky. These are followed by pictures he made in his youth and at the front during WWI. The room displaying his early oil on canvas paintings – portraits of models and family members – leads on to the chapter presenting the least known compositions of his oeuvre: paintings and graphic works from his years in Paris between 1929 and 1932. The Parisian milieu, in which Farkas was a highly esteemed artist, is evoked by his tempera on board paintings, a selection of prints based on them as well as contemporary newsreels and enlarged photographs of newspaper articles published about him at the time. André Salmon, a poet and art critic praising Cézanne, Seurat, Picasso, Modigliani and Chagall, wrote the following in his monograph on István Farkas, published in 1936: “After the world war, after the revolution of the Fauves, after Cubism and a few eventful days of Orphism emerged the genius of István Farkas in Paris: here is a scholar and artist, an absolute master free from the exuberance of Surrealism, an artist with the ingenuity that characterised the poets meeting in Pablo Picasso’s studio fifteen years before, with whom István Farkas shared only one diabolical talent: the ability to convey dreams through the most universal signs.” 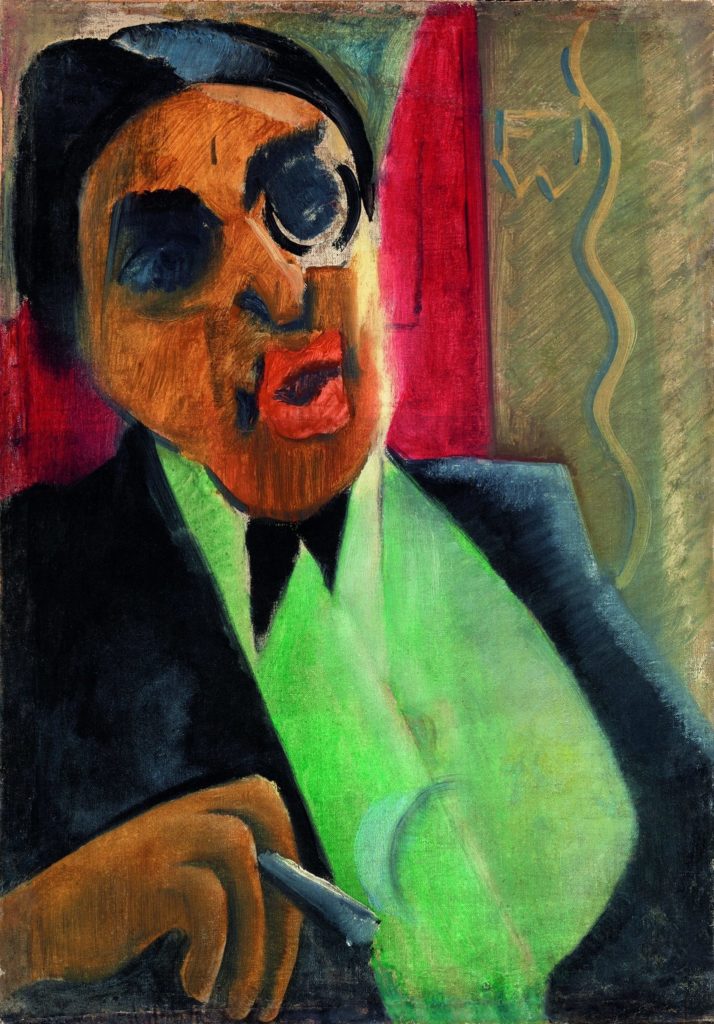 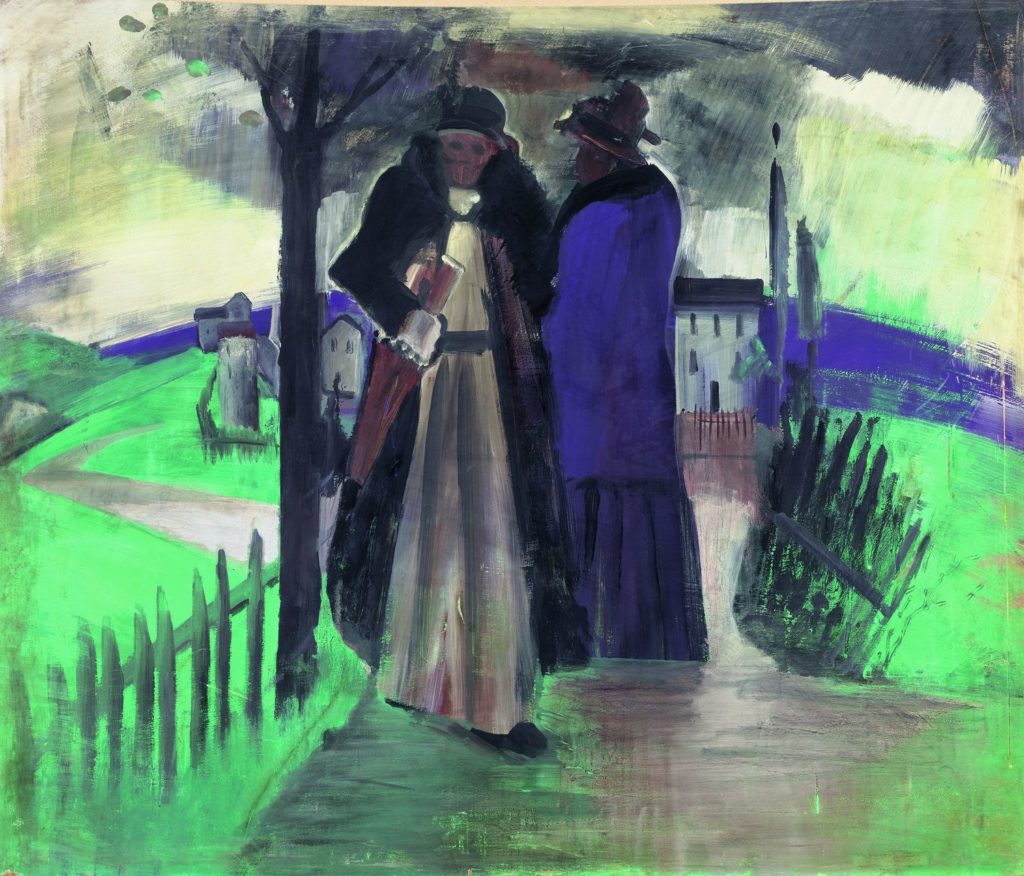 An entire unit presents the recurring subjects and motifs of Farkas’ art: the white garden chair, the lonely house and compositions with two or more figures. In the next room, visitors can see a reconstruction of a distinct part of Farkas’ exhibition of 1936 in the Ernst Museum, in which the artist displayed his paintings set in broad, white frames to emphasise the full splendour of their colours. Works anticipating the approaching war and its terror are on show in the section titled “Barbaric Forces”, while Farkas’ landscapes painted of Szigliget are arranged in a separate unit. The artist had his summer home in Szigliget built in 1937 but he only spent a few happy summers there, the last one in 1943. The closing chapter of paintings at the exhibition contain the artist’s pictures from that year.

The last room has only three postcards written by István Farkas in the collection camp in Rökk Szilárd Street, attesting to his increasing desperation albeit still mixed with some hope. His last cry for help was addressed to Ferenc Herczeg written directly before he was put into a cattle truck, but this letter did not reach the addressee in time; Farkas’ life ended in the death camp of Auschwitz.

The exhibition introduces thus far unknown photographs and documents in order to bring the public closer to the art and personality of István Farkas. It is also accompanied by a 344-page, richly illustrated catalogue in Hungarian and English.

The curator of the exhibition is art historian Marianna Kolozsváry.

Forsaken World is complemented by a chamber exhibition titled Shoah, paying tribute to the victims of the Holocaust 75 years ago.

The bearded man in the middle of the picture is raising his left arm menacingly, while in his right he is holding a dried out, spiky branch of agave, a plant that grows all over Sicily, and which flowers only once before dying. Appropriately for this ominous painting, the plant is known locally as the “flower of death”. In the background, Etna is emitting smoke, and all around is a deserted, volcanic landscape, with neither trees nor grass, only a road leading nowhere. It is hard not to interpret this painting as a premonition of the tragic events to come.

This is one of István Farkas’s most significant works, a kind of summary of his oeuvre. The picture is full of mystery. We can only guess who these two women are, if there is any connection between them, or why they are passing each other as though complete strangers. The old lady coming towards us recalls the lines of the poet Endre Ady: “I am, of Death, a close relation, / I love a love that had lost its way, / I love to kiss and kiss the one / Who goes away.” (Translated by Leslie A. Kery). The surrounding area and town are deserted, giving off an ominous feeling of god-forsakenness.

There are some casually painted human figures, formed out of diffuse patches, but the truly important elements are the objects, the table and the chair, which Farkas often included in his works. The artist “never painted other furniture, only what he had seen while growing up in his father’s home – they were ghostly”. It does seem as though the “family” table of his childhood has come to life, with the old members of the Wolfner family sitting or standing around it. Towering in the background is another of Farkas’s recurring motifs, the house with unseeing windows, looking as if it has never been lived in, but nonetheless concealing some troublesome secrets.