If you’re taking a walk on Budapest’s Deák Ferenc Street, it might be sometimes worthwhile taking a look above the shop windows. Your gaze will be greeted not only by classical facades but also by memorial plaques, like for example the one at number 21, which reads “The First Hungarian Academy of Painting – founded by Jacob Marastoni (1804-1860), a painter of Italian origins who settled in Pest – operated in this house between 1846 and 1860”. We are now commemorating the Venetian Giacomo Marastoni, one of the foremost figures in the history of Hungarian art, who passed away in Pest on 11 July 1860. 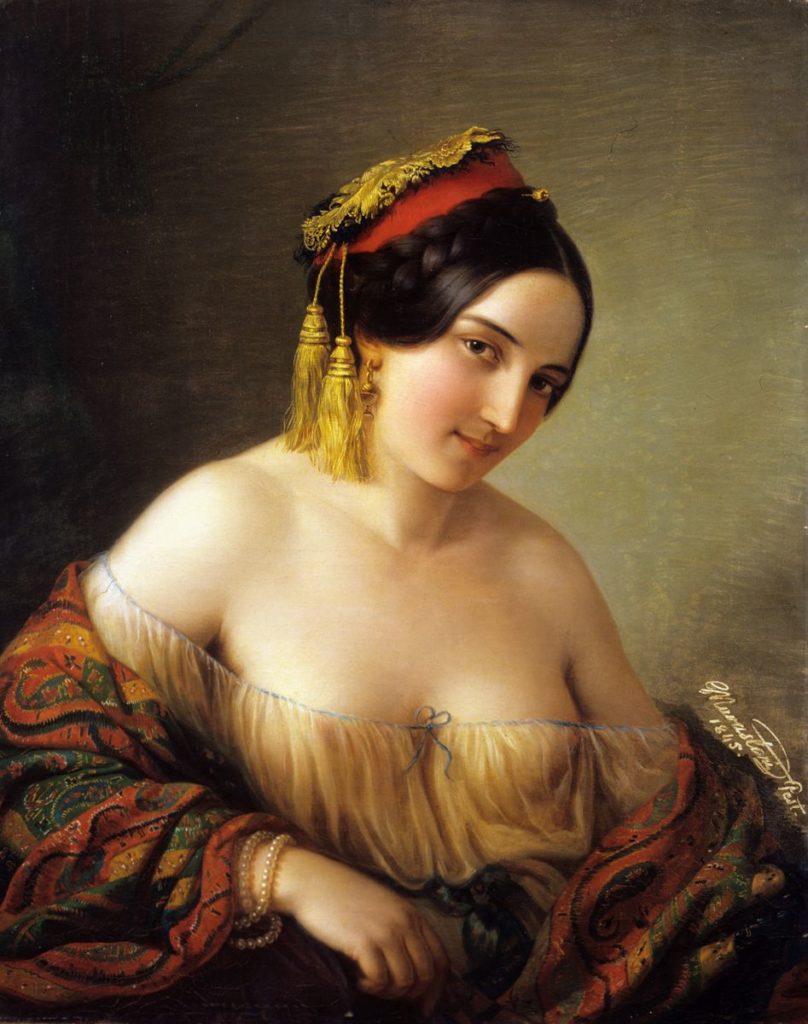 19th-century Pest was a true multicultural city. Germans, Hungarians, Greeks, Italians, Serbs, Macedonians and many more of smaller nationalities lived here side by side in peace. Everybody fostered their own culture but one thing they held in common was that all of them wished to be Hungarian ‘as wel1’, and they sought to serve Hungarian culture with their activities. It was at this time that Marastoni submitted his application to the academy of painting to the Royal Council of Governors, when the National Picture Gallery Association, a ‘department that exclusively collected Hungarian painting, was formed within the Hungarian National Museum. All of this took place in 1845 and this huge amount of cultural activity may have been the result of the fact that in 1845 the National Museum wanted to duly celebrate the fiftieth anniversary of Palatine Joseph’s coming into office. The association named after the palatine was finally approved by the Royal Council of Governors in September 1845. The Palatine Joseph National Picture Gallery can, therefore, be considered as the first national institution to collect Hungarian paintings. The picture gallery received donations of pictures from both associations and private individuals, and among these the foremost was a work by Jakab (Giacomo) Marastoni’s Portrait of a Greek Woman, which was donated to the picture gallery in November 1845 by the Art Society of Pest. Hence, the history of the museum collecting of Hungarian painting started with the Greek Woman; In other words, with the “Greek” picture of an Italian painter. Marastoni himself also donated pictures to the museum, which led to Ágoston Kubinyi, the director of the National Museum, expressing his thanks in Hungarian in a letter of January 1850: “Dear Sir, I was very pleased that upon my invitation you instantly and kindly augmented the picture gallery of our national museum with a highly esteemed portrait painted in your own hand, for which I wish to offer you my sincere gratitude on behalf of the Hungarian national museum…”

But why a Greek woman? The modern (not antique) Greek theme emerged in European painting with the war of liberation waged by the Greek people against the Ottoman Empire in the 1820s. Naturally, the sympathies of European Romanticism towards the Greeks also exerted an influence on Hungarian art. Greek people, and especially Greek women, were an ethnic curiosity in 19th-century Hungarian painting, and in a certain sense the Greek woman came to represent an exotic theme seasoned with eroticism. The ‘Greek’ woman in our painting was actually Giovanna Bianchi, Marastoni’s Venetian wife, whom the painter depicted in Greek costume in accordance with the fashion of the time; he also had his students make numerous copies of this picture.

And if these days we find the ‘Greek woman’ openly revealing her beauty and charm, we should not forget that this was a matter of fashion. We need only think that when we look photographs taken of us in our teenage years, what we see is a strangely dressed stranger staring at us. So let us be more understanding of the world of the 1840s. However beguilingly this beauty winks at us, in an historical sense this piece is one of the most important works of Hungarian museology.