Pierre-Auguste Renoir’s Reclining Nude has arrived in the Hungarian National Gallery. One of the most celebrated French impressionist masterpieces was already on view at a dossier exhibition from 24 May at the Museum of Fine Arts Budapest, and now it can be seen at the exhibition Highlights from the Collection of International Art after 1800.

Renoir’s almost life-size nude, painted in 1903, was bought for 12.3 million US dollars (3.5 billion forints), making it the highest value acquisition of a single work of the past one hundred years in the museum’s history.

The Reclining Nude was already displayed in Hungary more than 110 years ago at a National Salon exhibition in 1907, but at the time the museum did not have the necessary funds to acquire it. Now, thanks to the generous support of the Hungarian government, Renoir’s masterpiece can return to Budapest and find its permanent home in the collection of the Museum of Fine Arts: it debuted on 24 May at a dossier exhibition organised around this historic acquisition.

One of the most celebrated French impressionists, Renoir is regarded as the painter of life’s joy and pleasure. He placed the human figure at the focus of his delightful genre pictures and attractive portraits, and nudes also formed a permanent part of his œuvre. The almost life-size, impressive Reclining Nude pays tribute to the greatest masters of the genre, above all to Titian and Ingres, while it is also a fine example of Renoir’s very own sensuous vision. This picture is from his classicising period, i.e. from the turn of the 19th and 20th centuries, and it is distinguished by restrained brushwork and a harmonious palette. It shows Gabrielle Renard, one of the painter’s favourite models, who inspired many of his late masterpieces. Renoir painted this composition in several variations by modifying it to varying degrees, of which three are known. The Hungarian acquisition is the first version and the other two can be found in the Musée d’Orsay and the Musée de l’Orangerie in Paris.

Already an accomplished, celebrated painter, Renoir first exhibited the Reclining Nude (1903) at the 1905 Salon d’Automne (Autumn Salon) in Paris, where he represented the already established modern tradition that was able to renew itself besides the artists of the new avant-garde generation. Since then, the nude, a well-known and outstanding work in Renoir’s œuvre, has been included in numerous prestigious shows, among them in the National Salon held in Budapest in December 1907. In the last more than one hundred years, the picture has formed part of several prominent European and American private collections, including that of Baron Maximilian von Goldschmidt-Rothschild, one of the wealthiest German bankers and art collectors of his time. 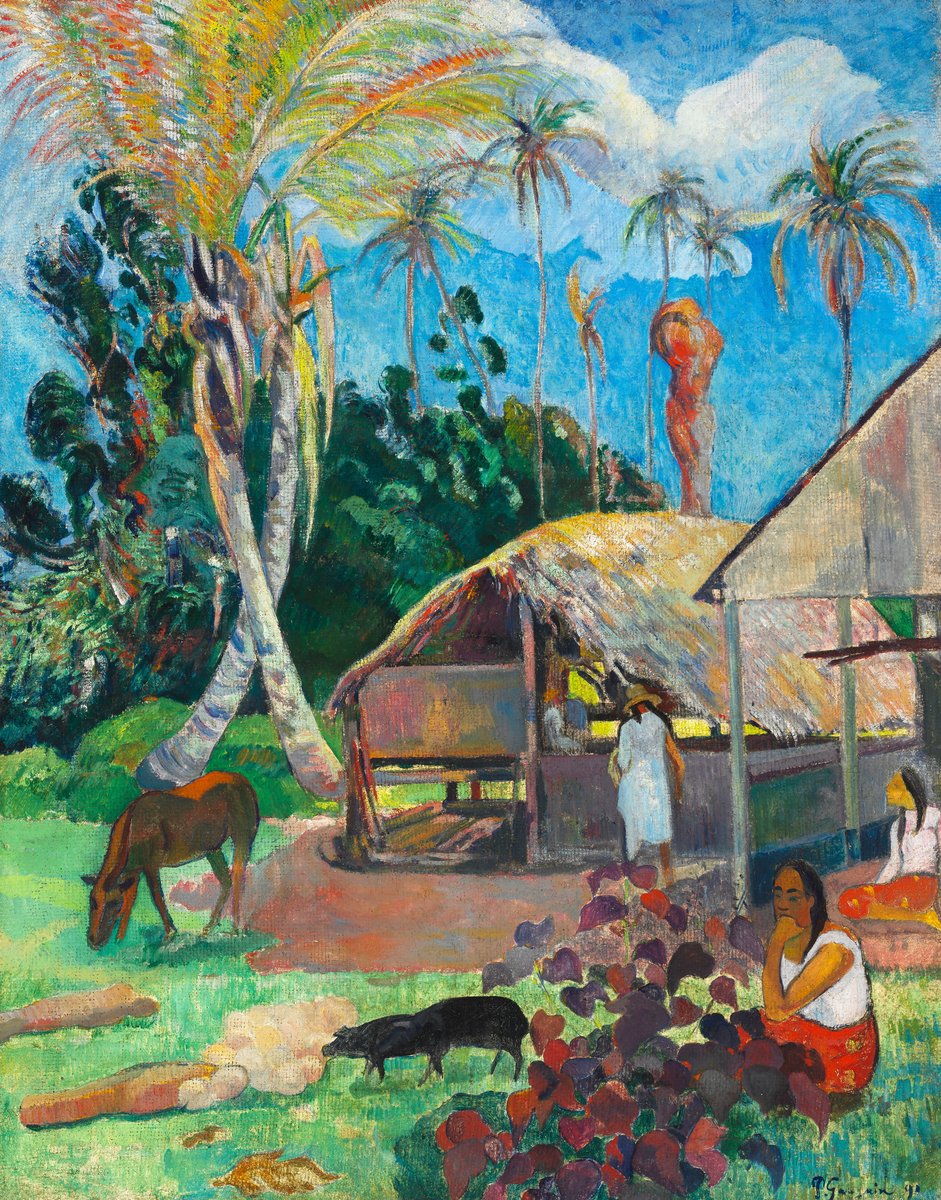 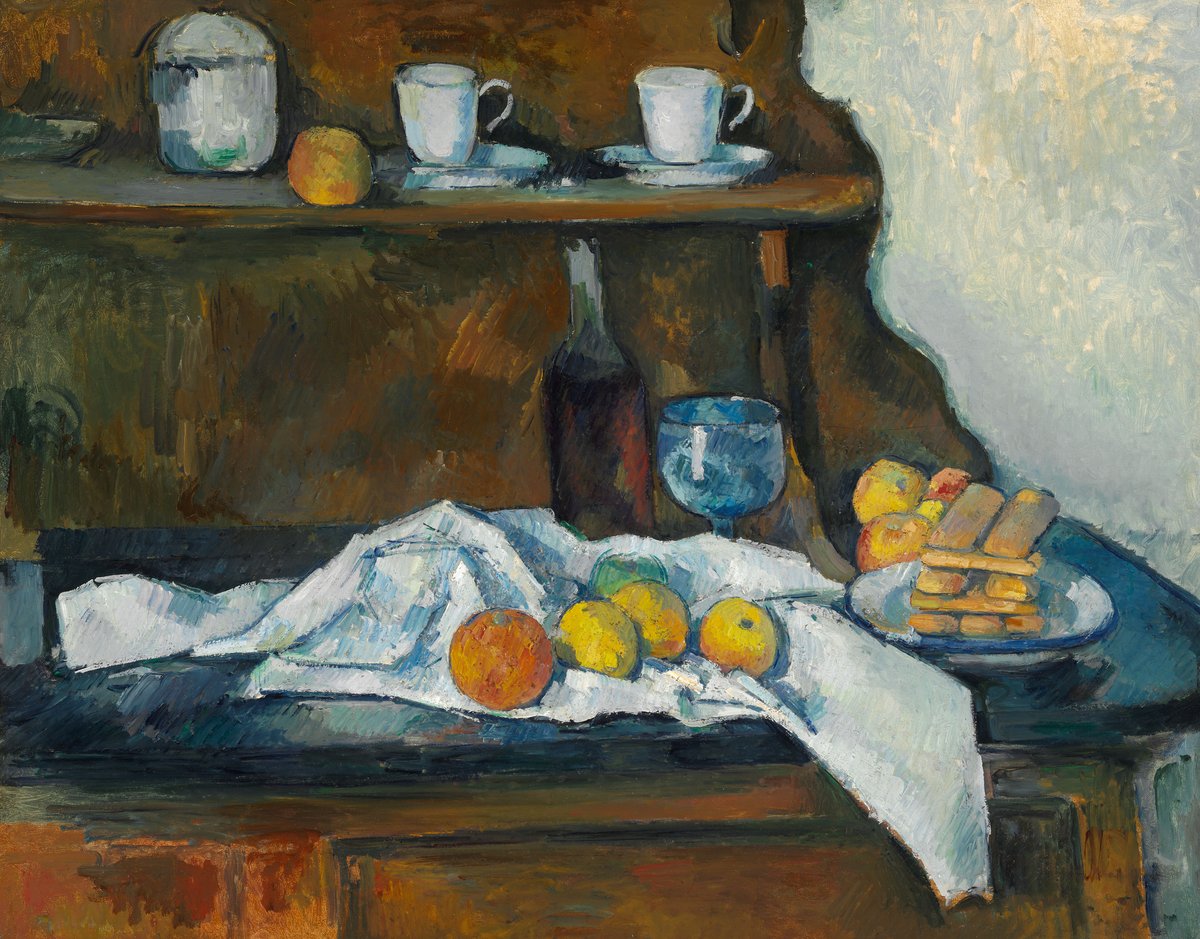 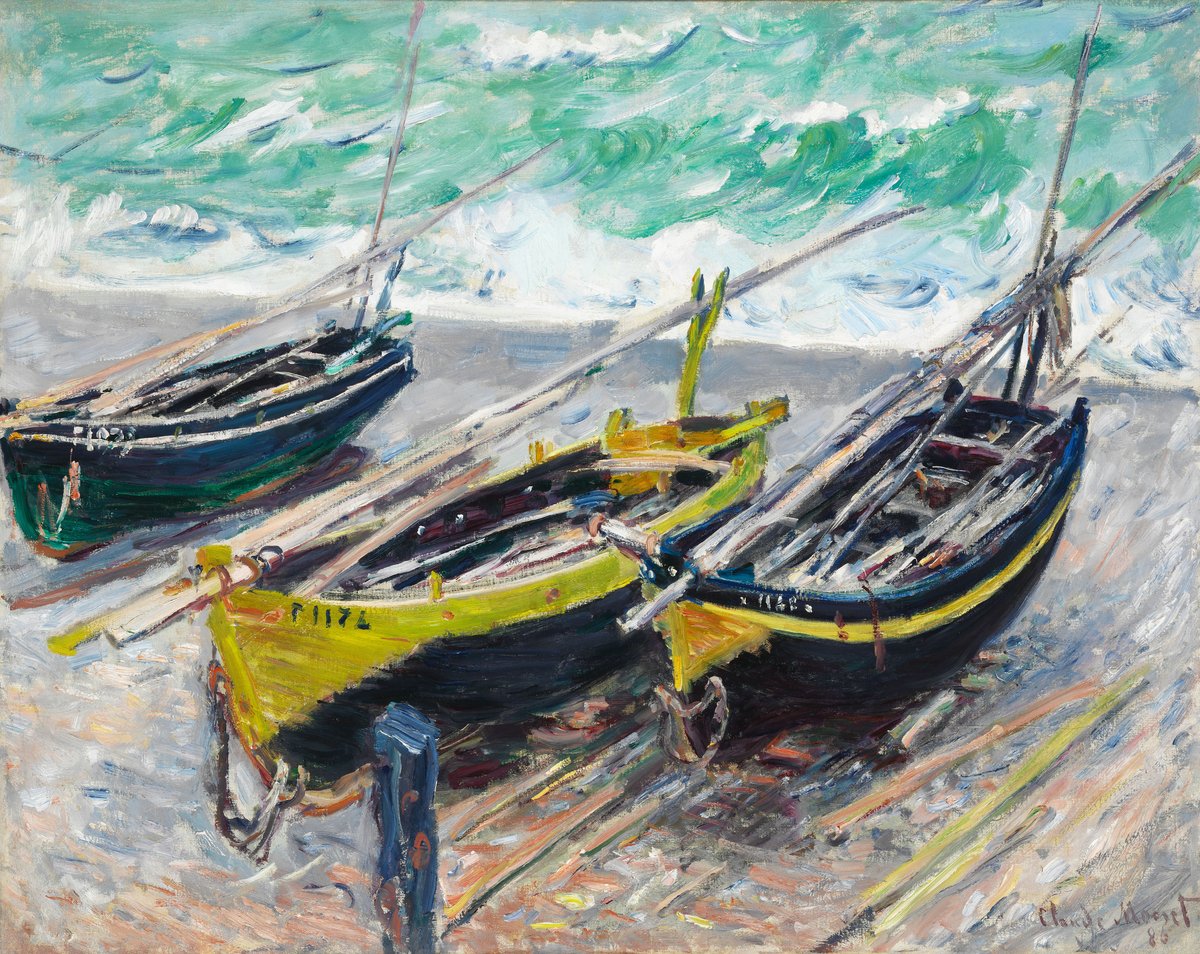 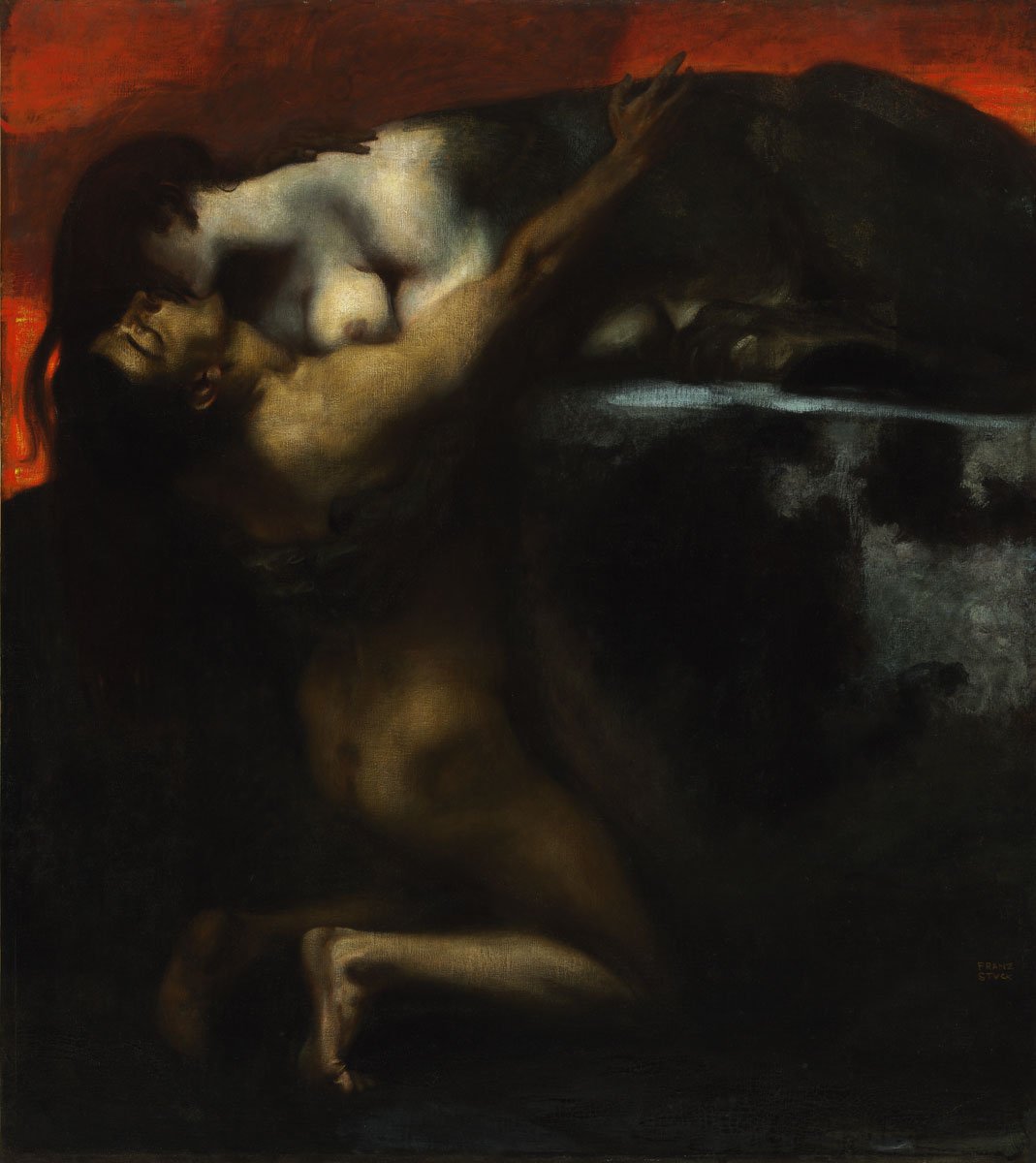 The Kiss of the Sphinx Franz von Stuck 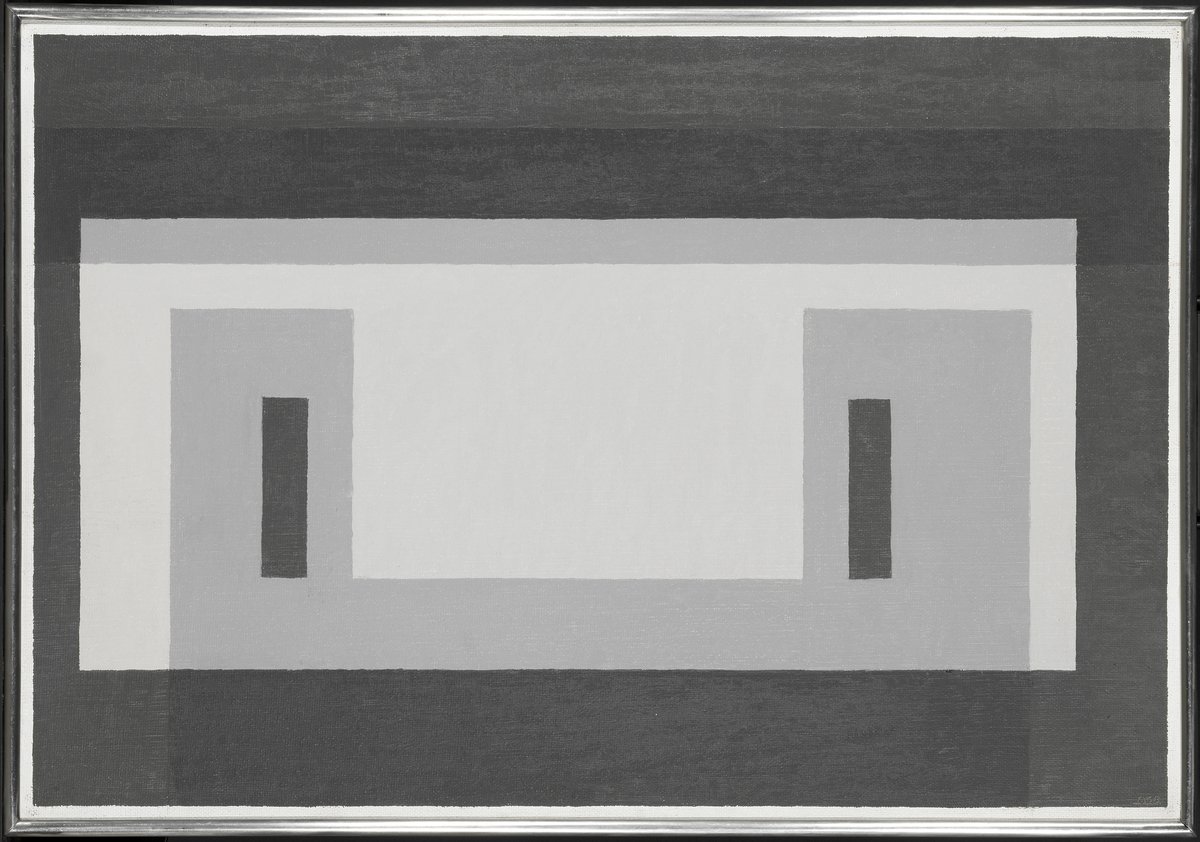