Opening on 27 August, the Museum of Fine Arts – Hungarian National Gallery, Budapest is hosting an exhibition of works by the world-renowned contemporary German master Gerhard Richter, who turns ninety next year. Entitled Gerhard Richter. Truth in Semblance, the show is the artist’s first comprehensive exhibition in Hungary, featuring almost 80 works from Hungarian and international public and private collections, and representing every period in his career. The works range from his iconic photo-paintings of the 1960s, through the colour-rich abstract pieces for which he is perhaps best known, to his most recent, intimate pencil drawings. The latter were produced after his announcement in the autumn of 2020 that he had finished his painted oeuvre – a fact that lends the Budapest show particular significance.

Gerhard Richter. Truth in Semblance is the fourth in the series of exhibitions organised by the Museum of Fine Arts – Hungarian National Gallery, Budapest to showcase the trends in German art since 1945. The series began in 2012 with Material Becomes Picture, presenting the works of Günther Uecker, and continued in 2014 with an exhibition of works by Jörg Immendorff, entitled Long Live Painting! The third artist included in the series was Georg Baselitz, whose exhibition Preview with Review was held in 2017. Our aim is to present to the public the diverse art phenomena and defining trends in Germany since World War II by focusing on the most emblematic and internationally celebrated figures from the German art scene. 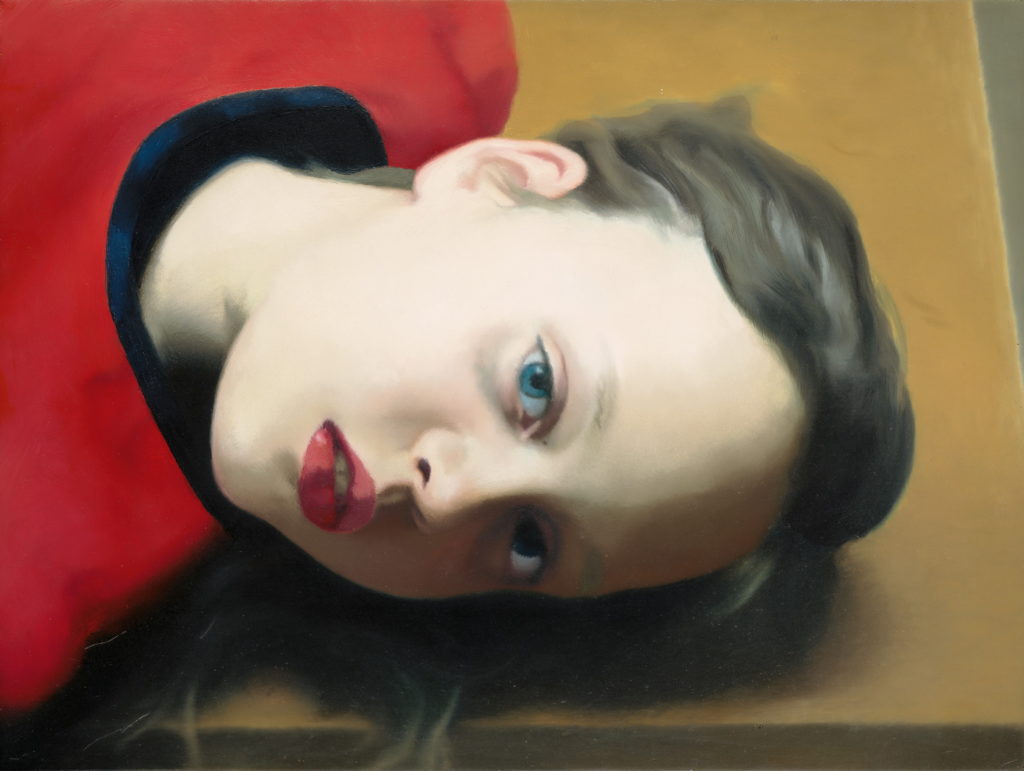 Gerhard Richter’s art is especially interesting to Hungarians for a number of reasons: we are tied by our complex and volatile common past, and by the circumstances of Central Europe, where Richter, who started out as an artist in East Germany, spent the first thirty years of his life. Richter was born in Dresden in 1932, emigrated from East Germany in 1961, and currently resides in Cologne. For the Budapest exhibition he has produced a special series of drawings, which are now being displayed to the public for the first time.

For close to sixty years, a central role in Gerhard Richter’s life’s work, which he began (anew) in West Germany in 1961, has been played by the continuous erosion and blurring of the border between reality and illusion, by the expansion of boundaries, and by questions related to the representability of different “realities” and the capturing – and instantaneous dissipation – of the given moment. As Richter has, throughout his life, had direct experience of several different political, social, economic and cultural systems, his relationship with reality (or realities) can best be apprehended in terms of doubts, scepticism, transience, evanescence and fragility. The essence and power of his art emanate from his propensity to analyse and to question everything, and from his ensuing compulsion to keep moving forward, inexorably.

His uncategorisable, “style-less” painterly language, which entirely excludes the personal while remaining endlessly multi-layered, ranges from the figural to the abstract, from blurred, hazy images to sharp, glossy surfaces, from grey photo-paintings to vivid, polychromatic colour charts, from portraits to landscapes, from canvas to stained glass, and from the manual to the digital. With the so-called photo-paintings he made in the 1960s, he was the first to reflect on the unique relationship between photography and painting, and he resolved the prevailing conflict between the two. He makes masterful and conscious use of all the tools of modern painting and of the art of bygone ages, primarily from the painting of Titian, Vermeer, and Caspar David Friedrich. He experiments with the themes and forms explored by his forebears, while incessantly creating ever newer painterly universes that differ from each other to boundless extremes, doing so by eradicating himself from everything that has gone before, and by depriving the themes, the precedents and his own present time from all subjectivity. Gerhard Richter’s multifaceted work does not derive from a single self-contained and targeted artistic concept. It is rather an intricate fabric, often built up from consistent intentions, but sometimes composed from mutually contradictory ideas about the preconditions of painting and art. His constant search for new possibilities, his transgression of boundaries, and his commitment to avoiding predictability and obligatory doctrines tie Gerhard Richter to the most important artists of the twentieth century.

The exhibition concludes with a selection of sixty photographs by Benjamin Katz, showing Gerhard Richter working in his studio in Cologne.

The documentary film shown as part of the exhibition, entitled Gerhard Richter Painting provides insight into the artist’s working methods and his views on art. In the multiple award-winning film, viewers can glimpse inside the painter’s rarely seen studio, where Richter speaks about the essence of painting and about his conflicting relationship with the world outside his studio.

The exhibition came about through close cooperation with the Gerhard Richter Archive in Dresden, with the artist, and the artist’s studio in Cologne.

The exhibition is realised with the collaboration and expertise of our partner, the Goethe Institute of Budapest.