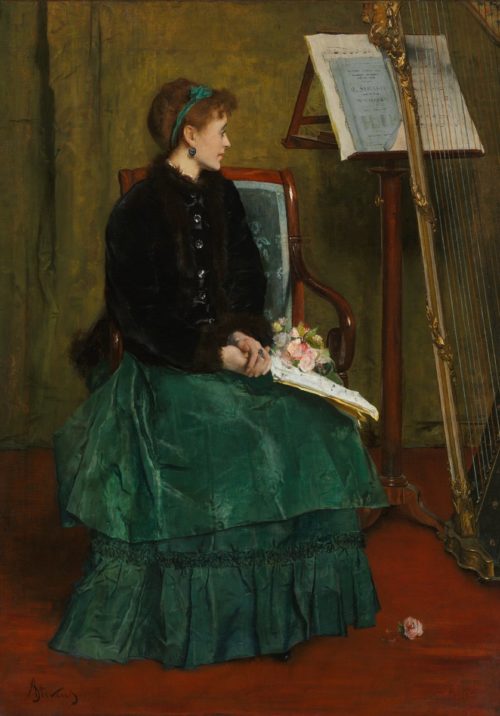 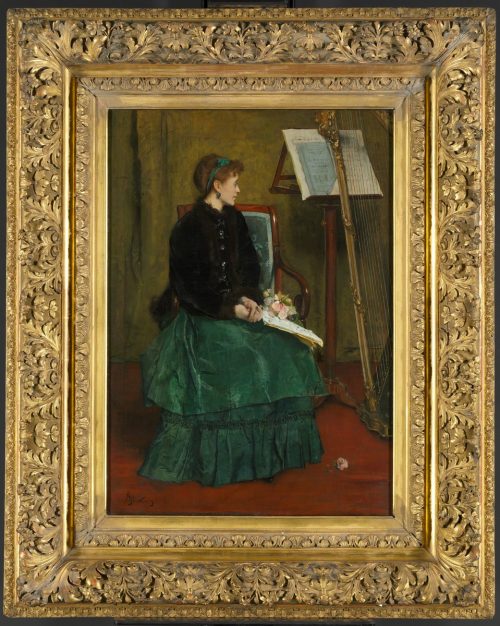 Belgian artist Alfred Stevens made a successful career in Paris, quickly rising to fame with his colourful, seducing depictions of modern, elegant, fashionable women. His female figures are true epitomes of Parisian chic, often shown in the intimate scenery of their lofty interiors, lost in lonely reverie.
Compared to some of his more exuberant parisiennes, the protagonist of the Budapest painting, whose model is unknown, is a rather modest, humble figure. Sitting in an armchair with her hands resting in her lap, she holds some sheets of paper and a lovely small bouquet. The moment seems to be suspended in an atmosphere of waiting and meditation, her expression escapes us as her face turns in the direction of the instrument. As usual, the artist paid special attention to the rendering of her attire, with special emphasis on the deep green satin skirt, which gave the work its title.
Playing the harp was considered to be a suitable pastime for ladies in this period, and the context of the scene is surely that of a home recital. On the music stand, the attentive observer can recognise the score of Mozart’s opera, The Abduction from the Seraglio. However, the enigmatic pose, the isolation of the figure make us wonder whether the concert is about to begin or if it is already over.
The painting once belonged to French artist Ernest Ange Duez (1843–1896), himself a renowned painter of the parisienne. A photograph taken in the studio of the painter around 1885 shows Stevens’s work resting on an easel. Although we do not have much information regarding the relationship of the two painters, the prominent place in which it figures in the atelier suggests that Duez held his fellow artist, and this work in particular, in high esteem.
The Lady in Green, also called The Harpist or the Repetition, was shown on many occasions at the turn of the century, appearing in Paris, Brussels, and Berlin before its presentation at the International Winter Exhibition organised by the National Society of Hungarian Fine Arts (Országos Magyar Képzőművészeti Társulat) in the end of 1908. It was on this occasion that the Museum of Fine Arts acquired the painting, directly from Duez’s widow. 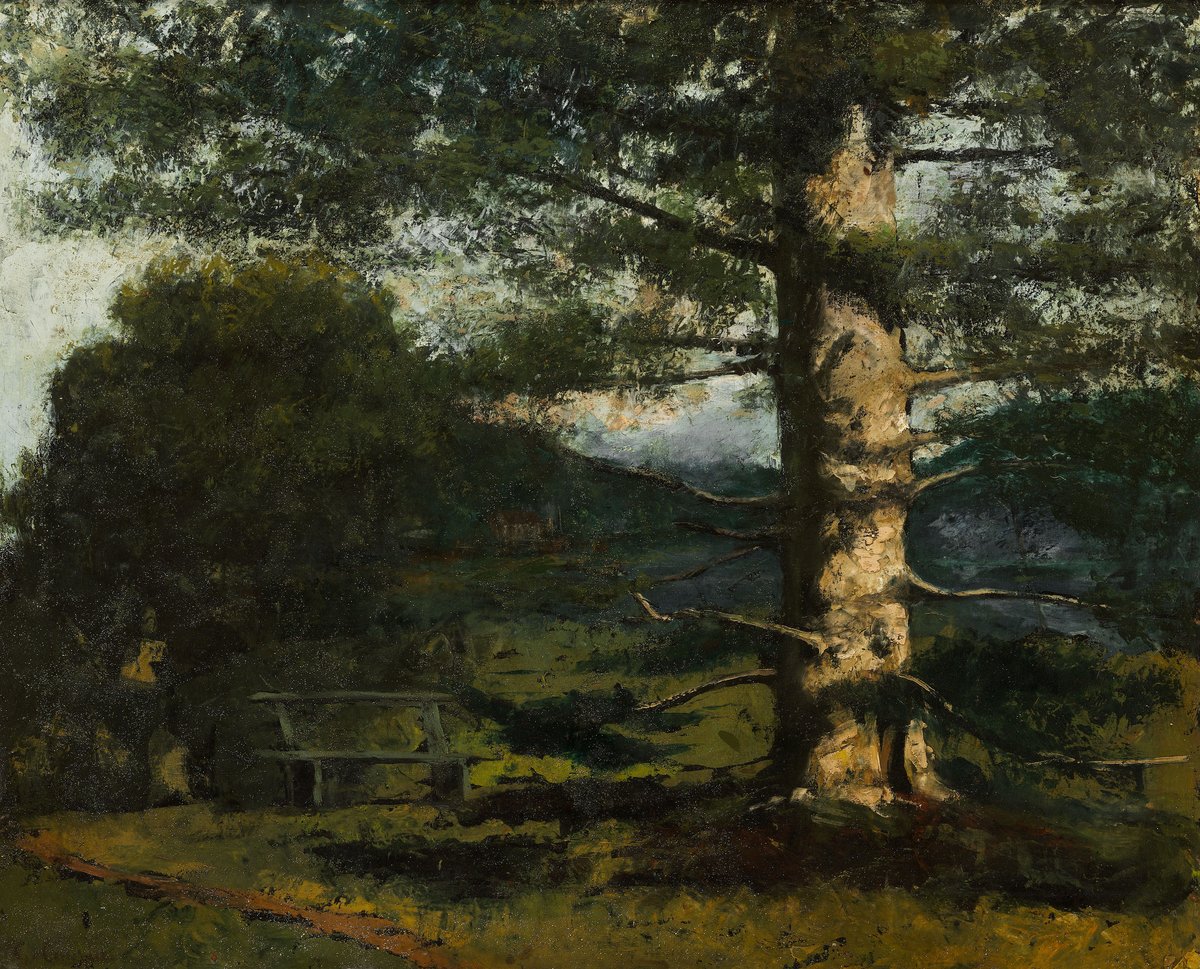 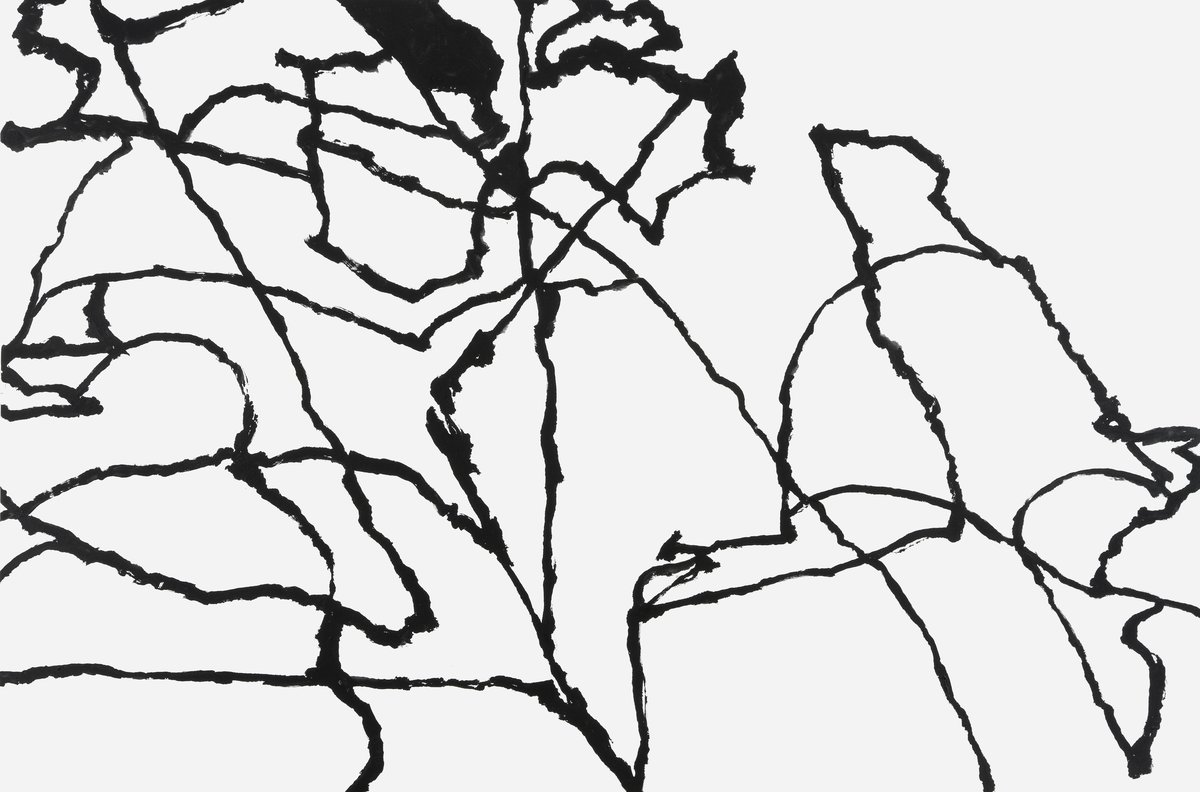 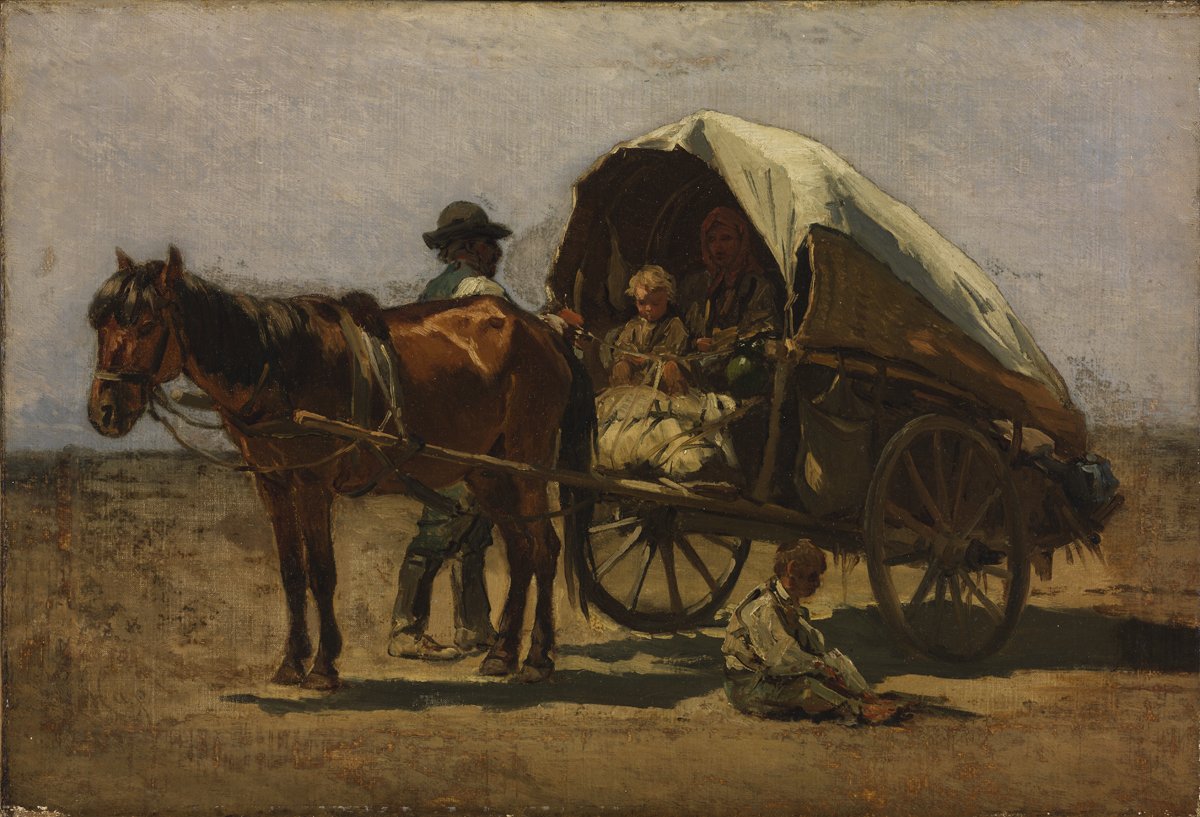 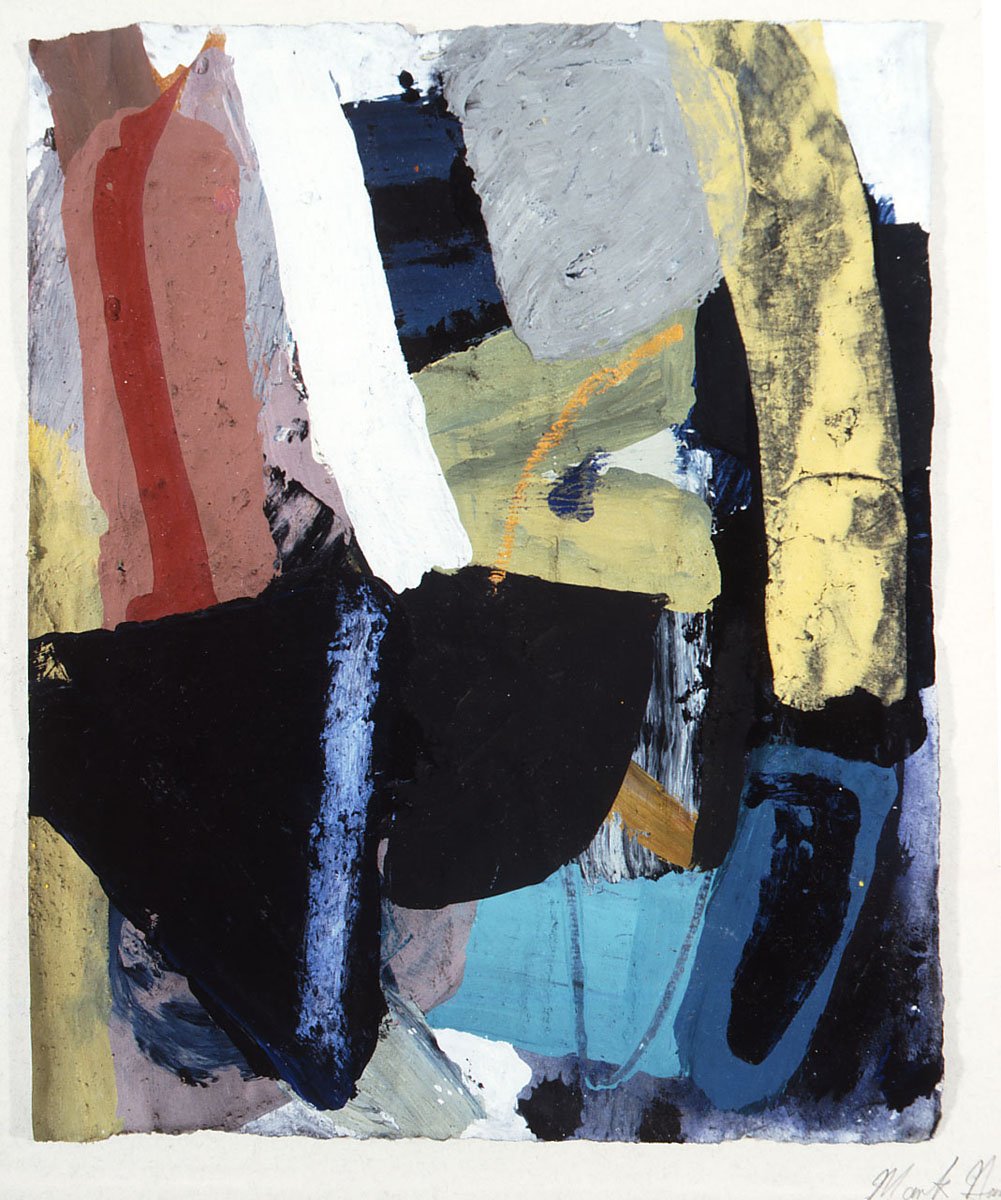 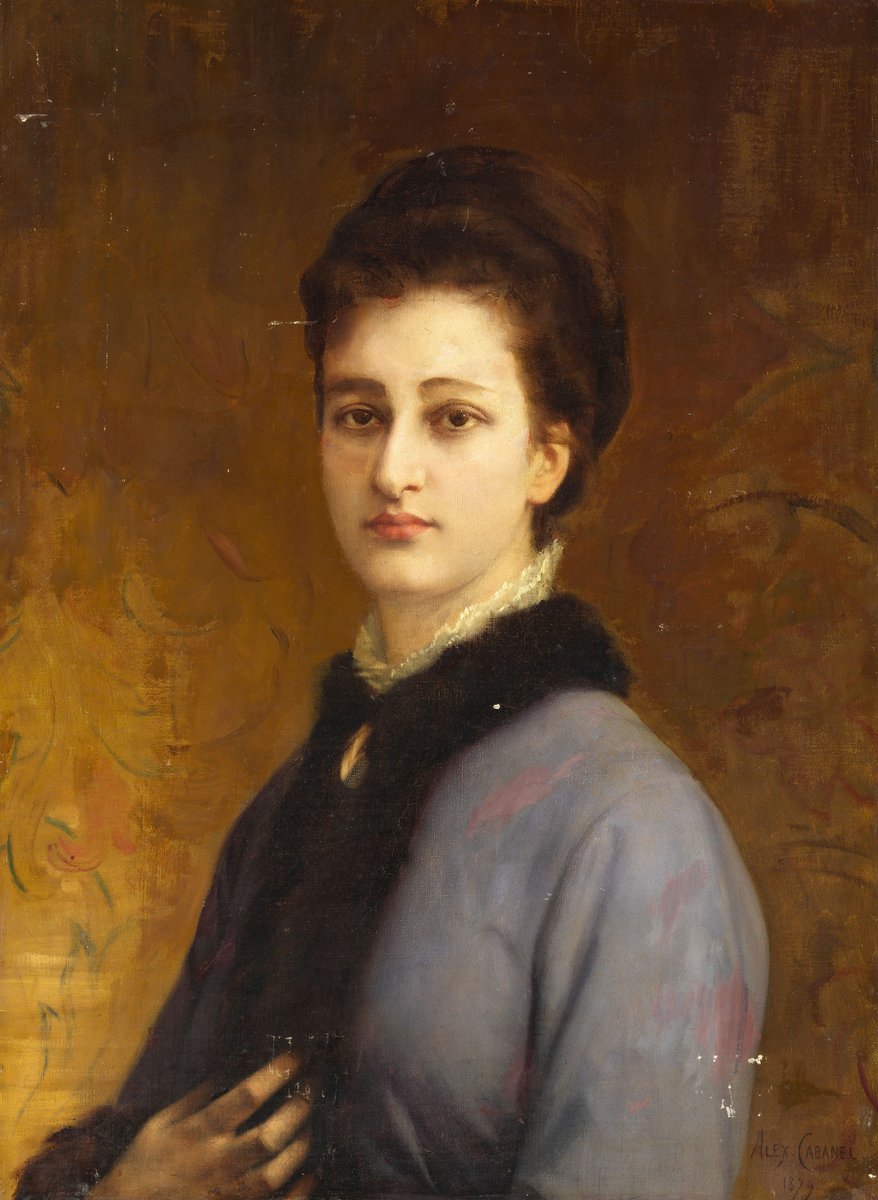 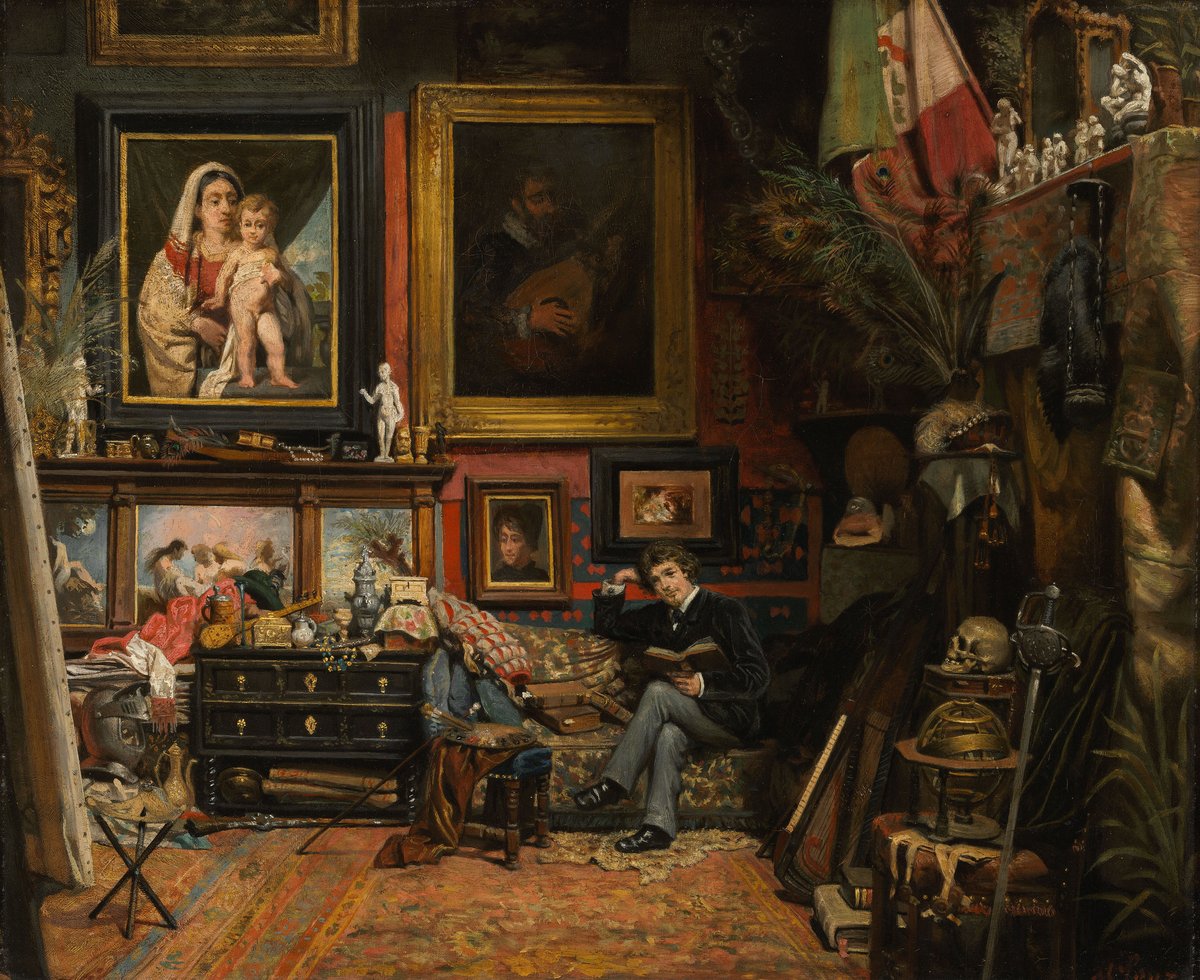 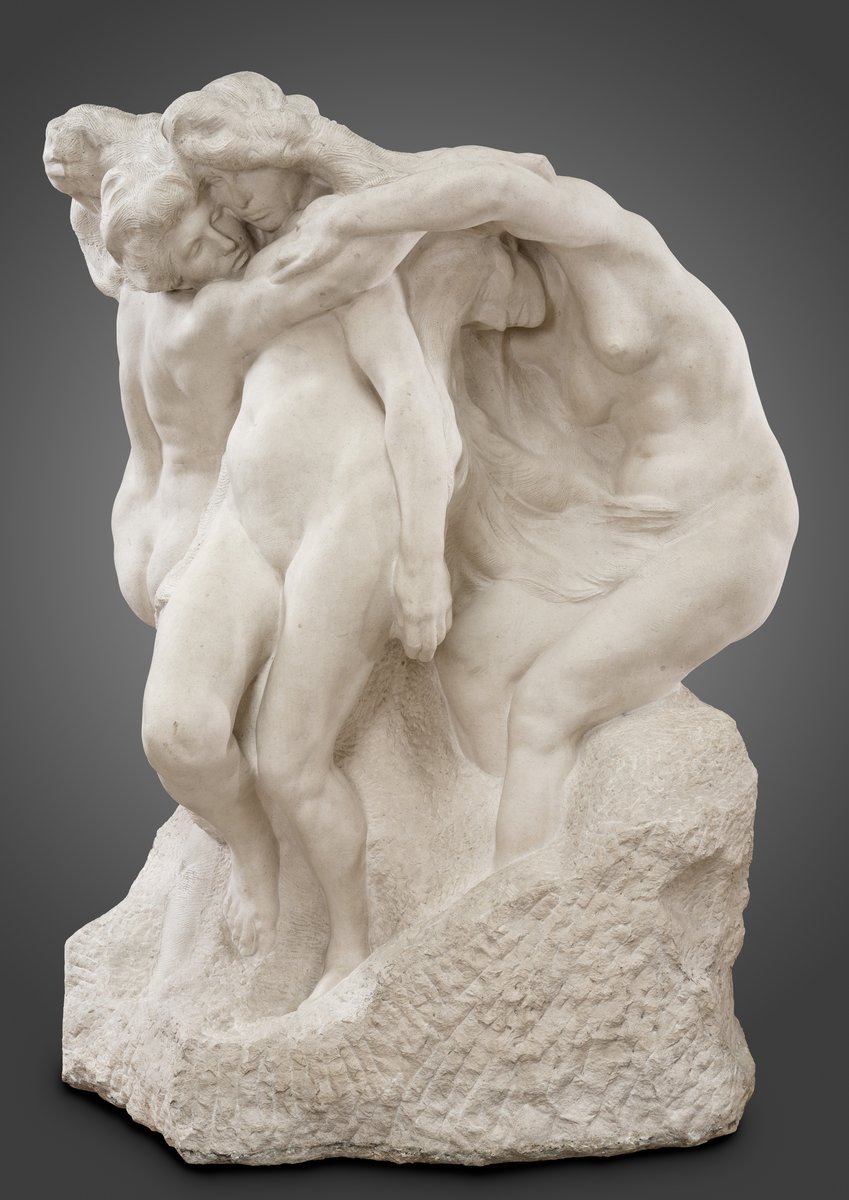 The Daughters of Satan Egide Rombaux 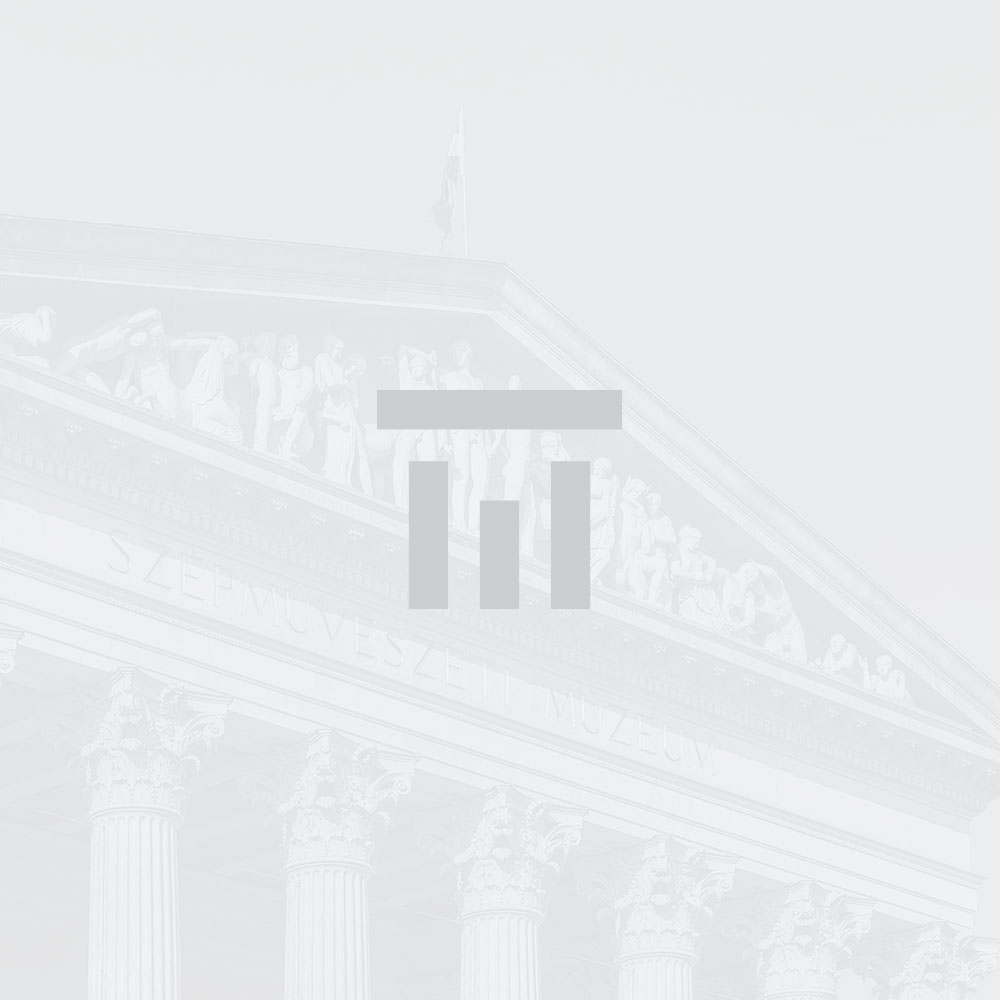 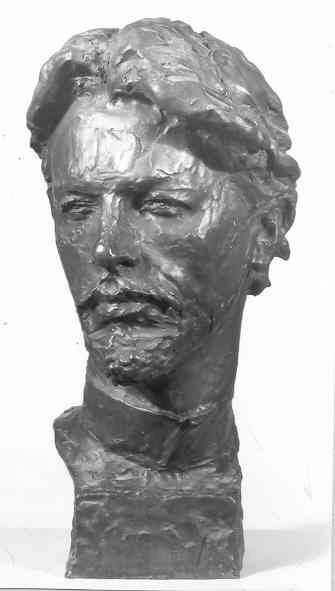 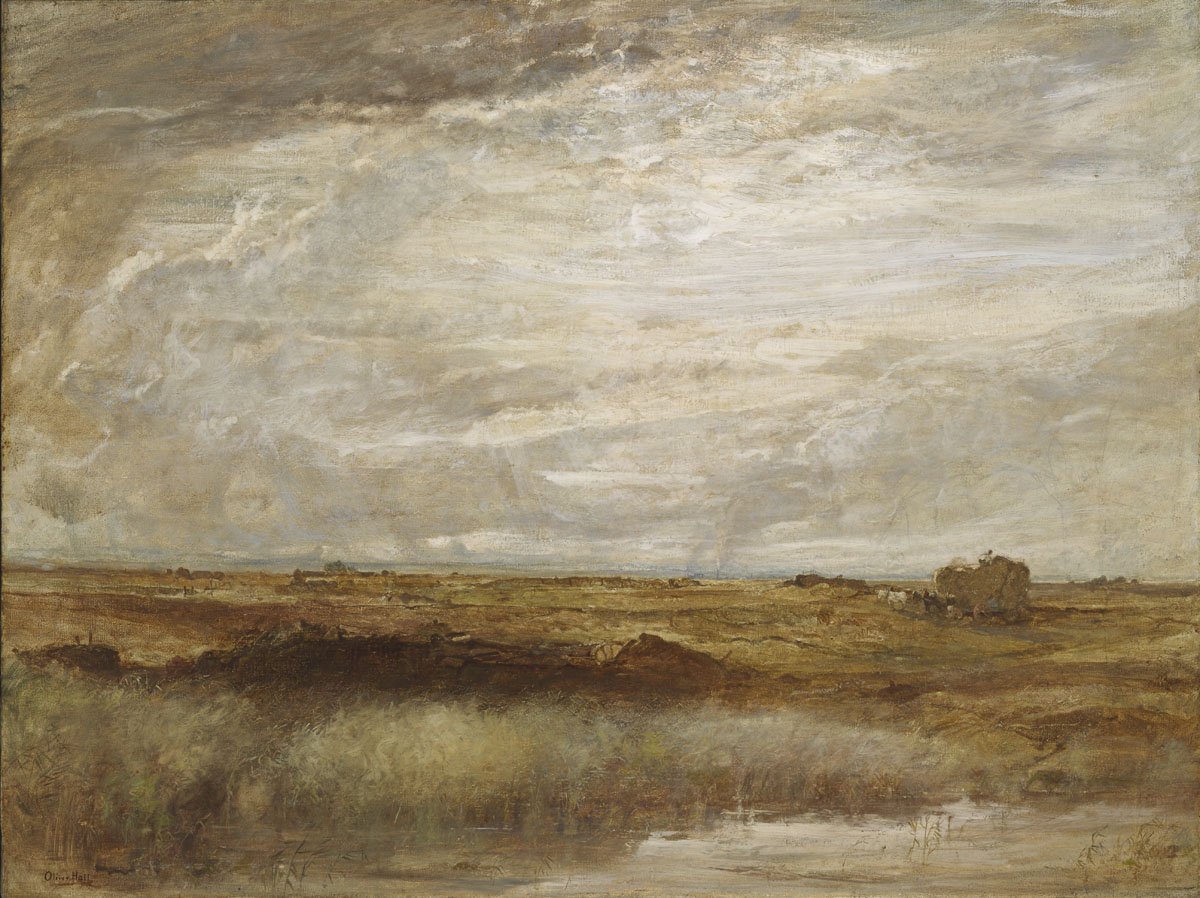