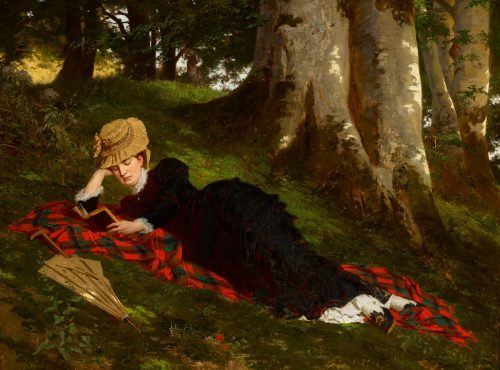 Benczúr executed only one or two scenes in the open, although for his generation, beginning their career around 1870, upcoming impressionism was a hardly avoidable challenge. Around 1874―1875 Benczúr aimed at capturing the form-dissolving effect of light in several compositions, but he resumed his course by wholly discarding plein air painting. As his letters reveal, he exhibited the first variant of this composition in Vienna in 1873 and sold it in London in 1874. He probably repeated the picture showing his wife Karolina Max for family reasons in 1875. The multitude of sketches, pencil drawings made for the painting suggests the absorbed examination of the motif. The special appeal of the painting is the colour composition based on the fresh harmony of red and green, and the modern representation of women unconventional in the nineteenth century. The reading woman lying casually in the grass represents a modern intellectual type of woman that was hardly ever seen in earlier paintings. Benczúr’s pencil studies include a sketch of Karolina smoking a cigarette, which also shows the otherwise exemplary housewife as an early representative of modern women. | Gábor Bellák 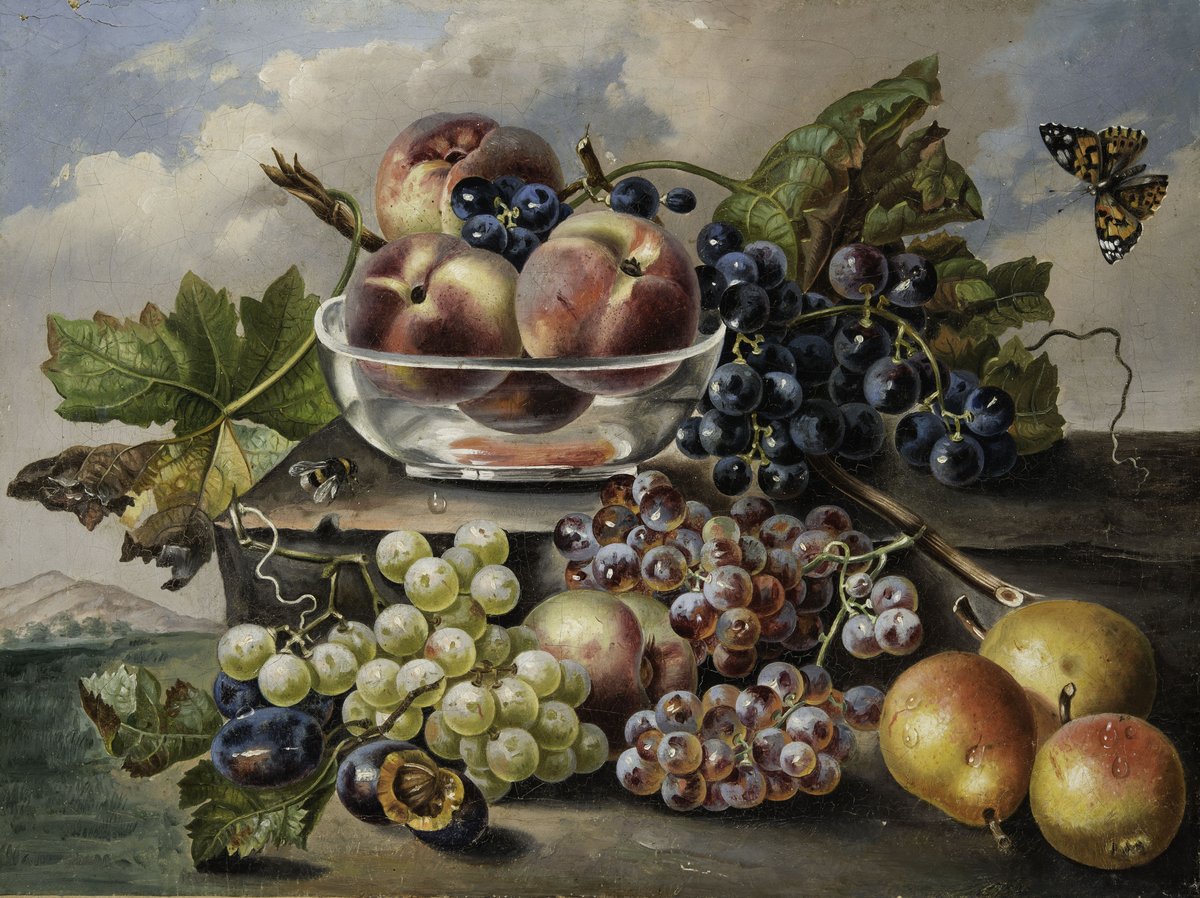 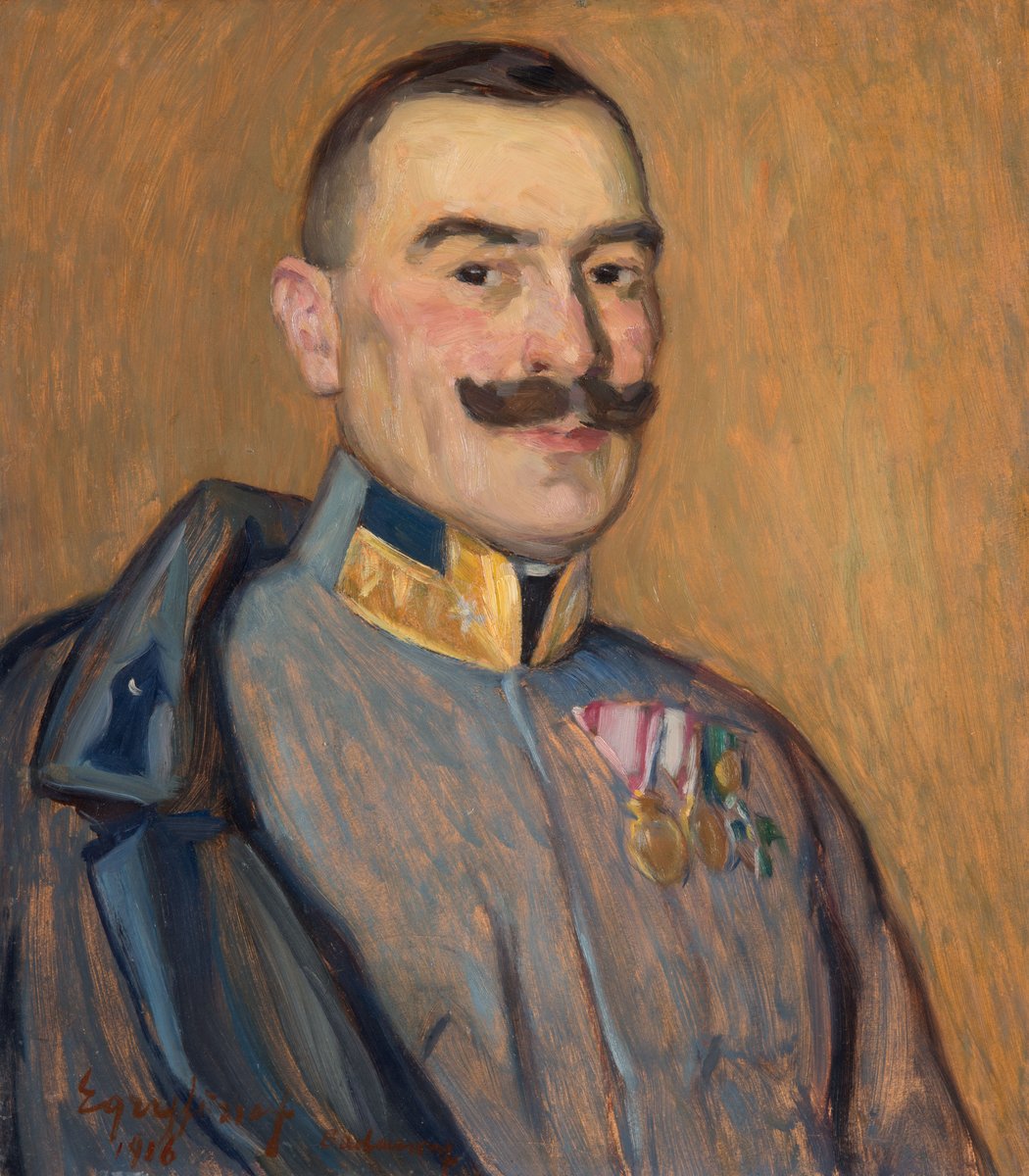 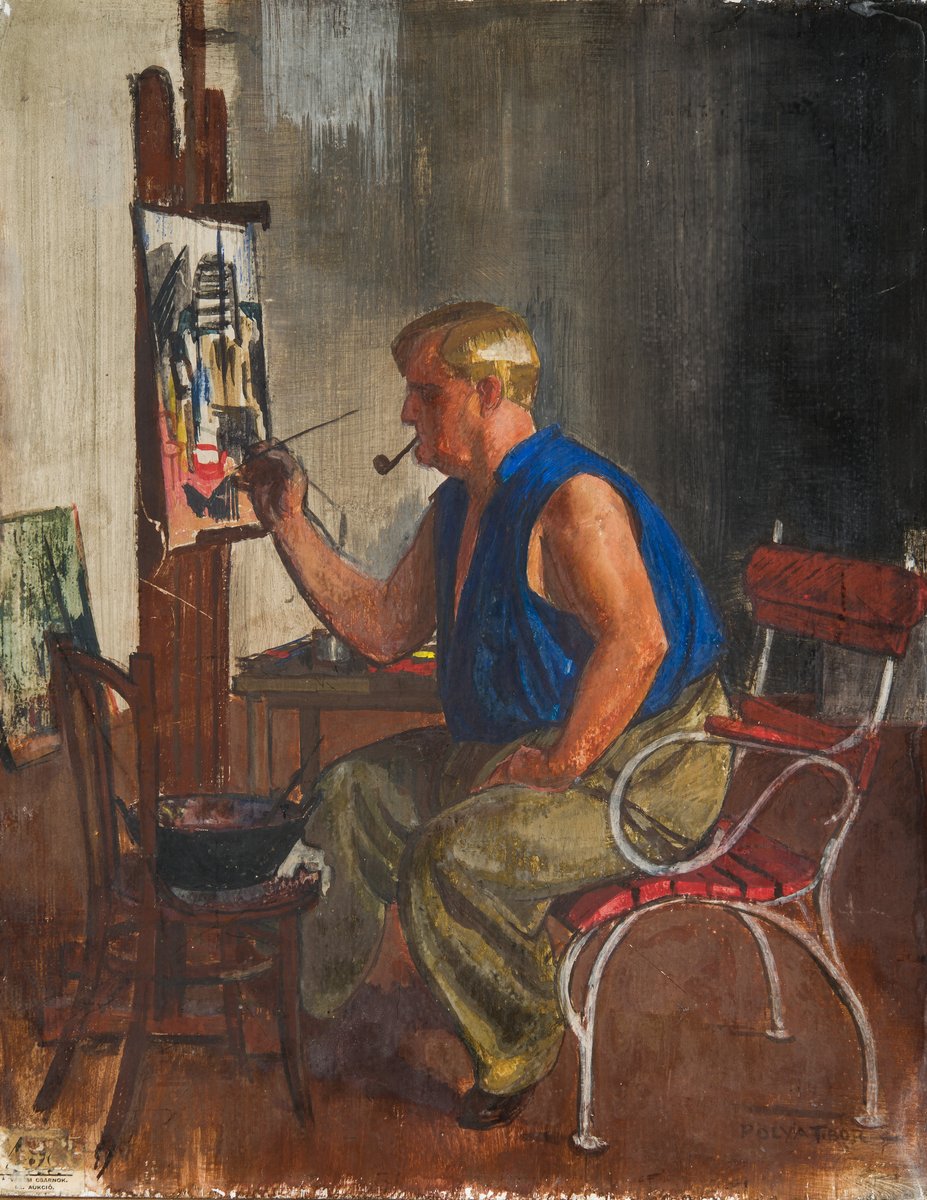 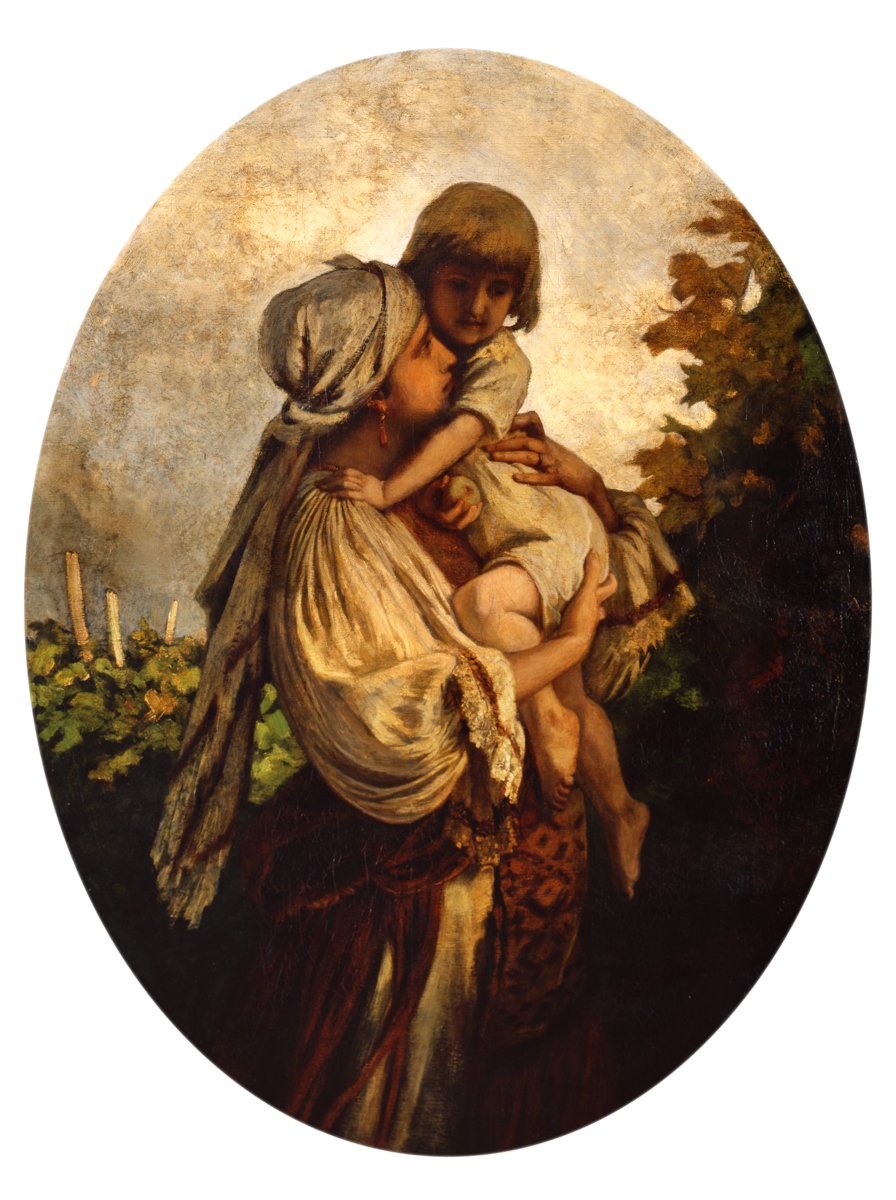 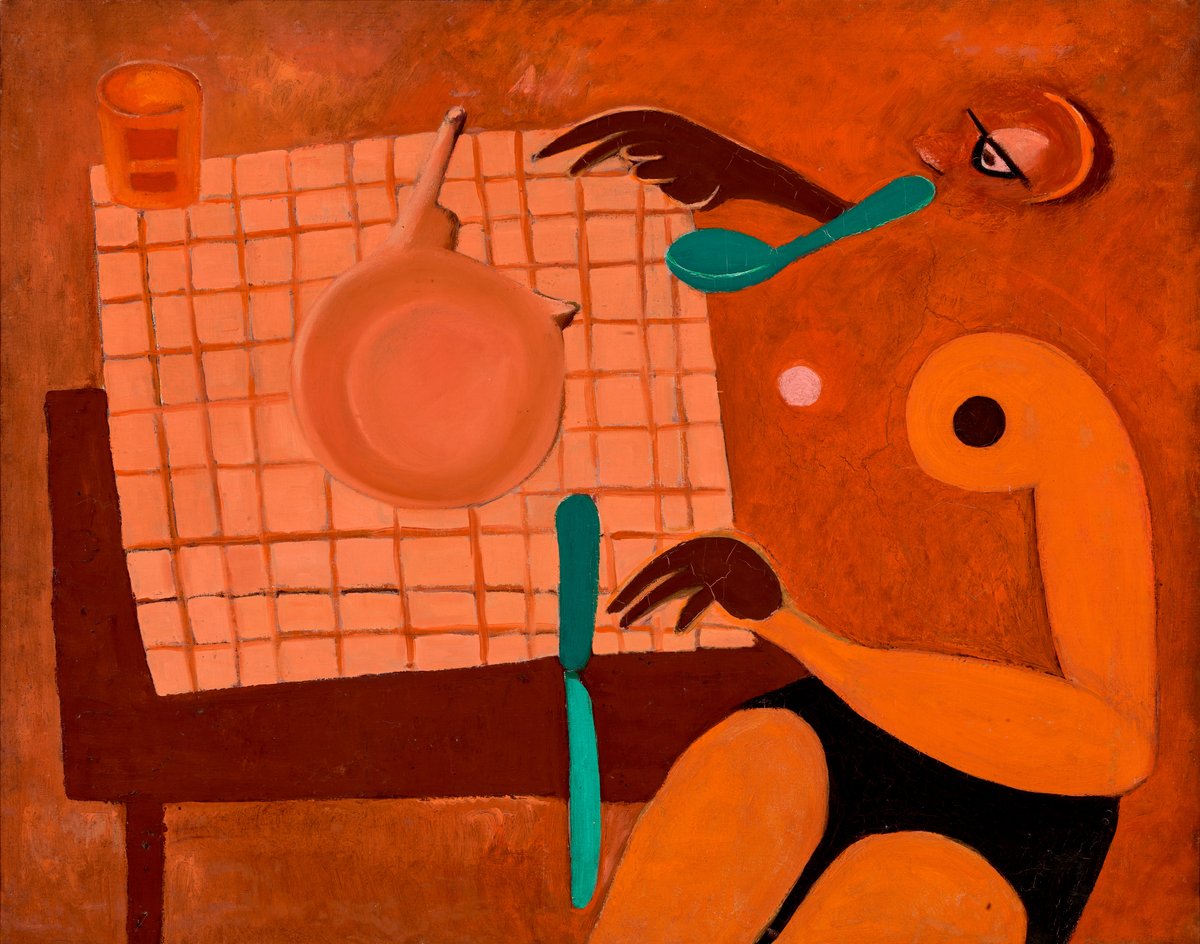 Seeing with One Eye Lajos Tihanyi 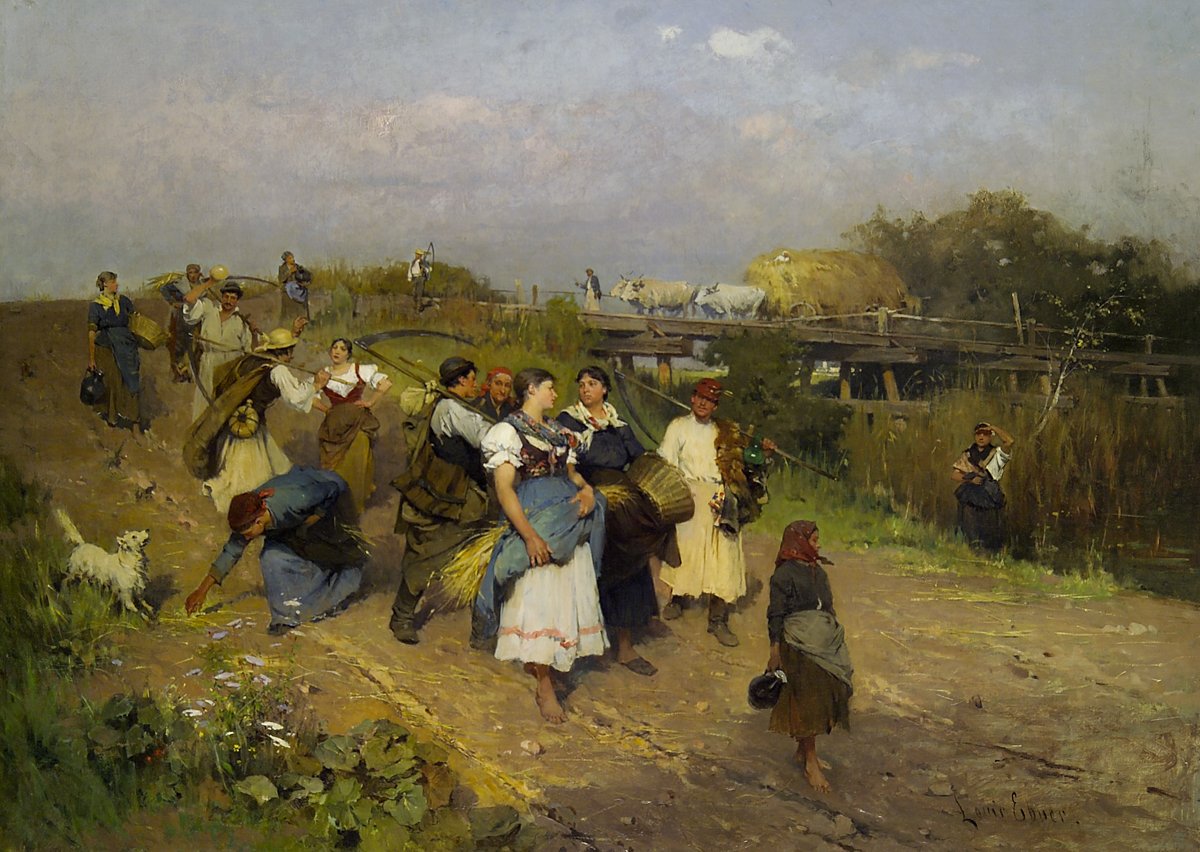 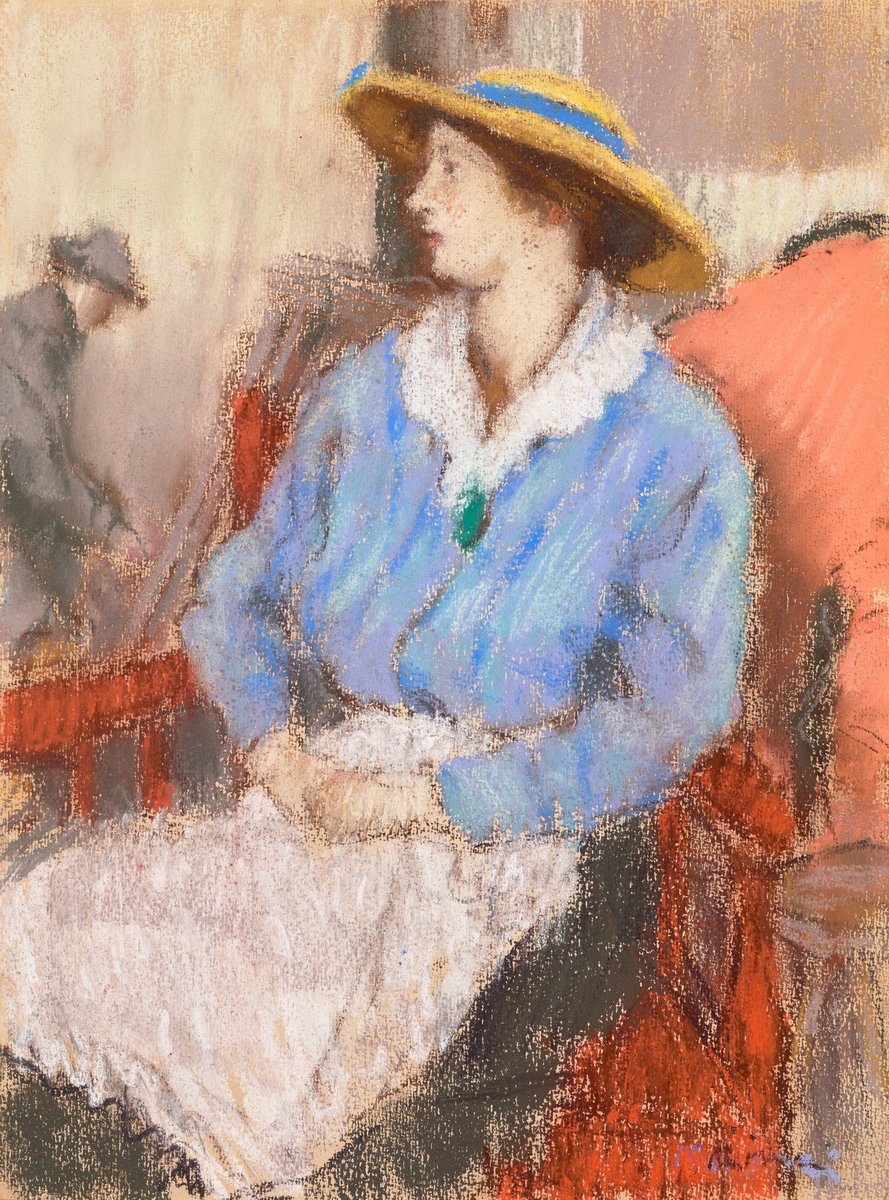 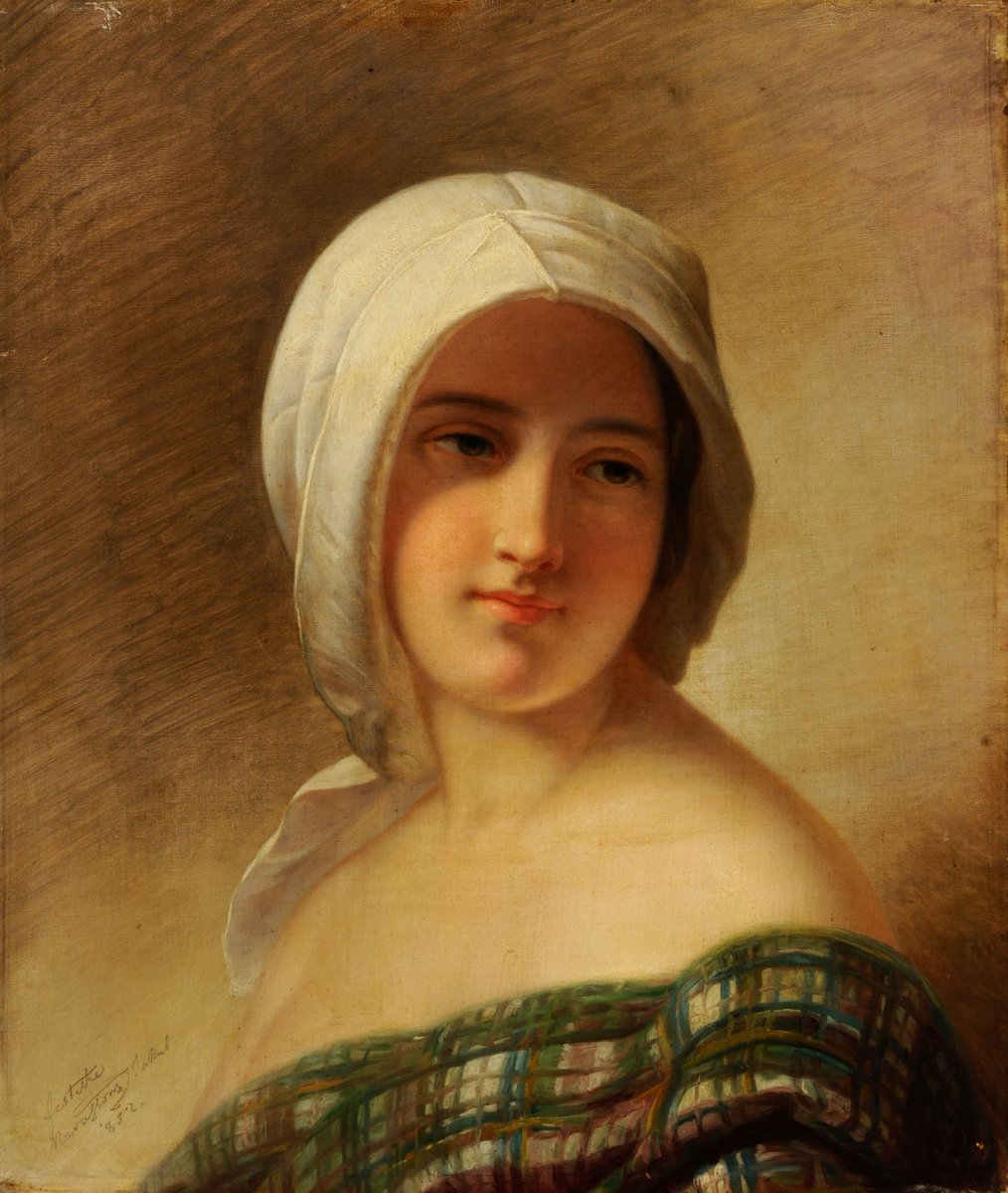 Portrait of a Woman with White Kerchief Jakab Marastoni 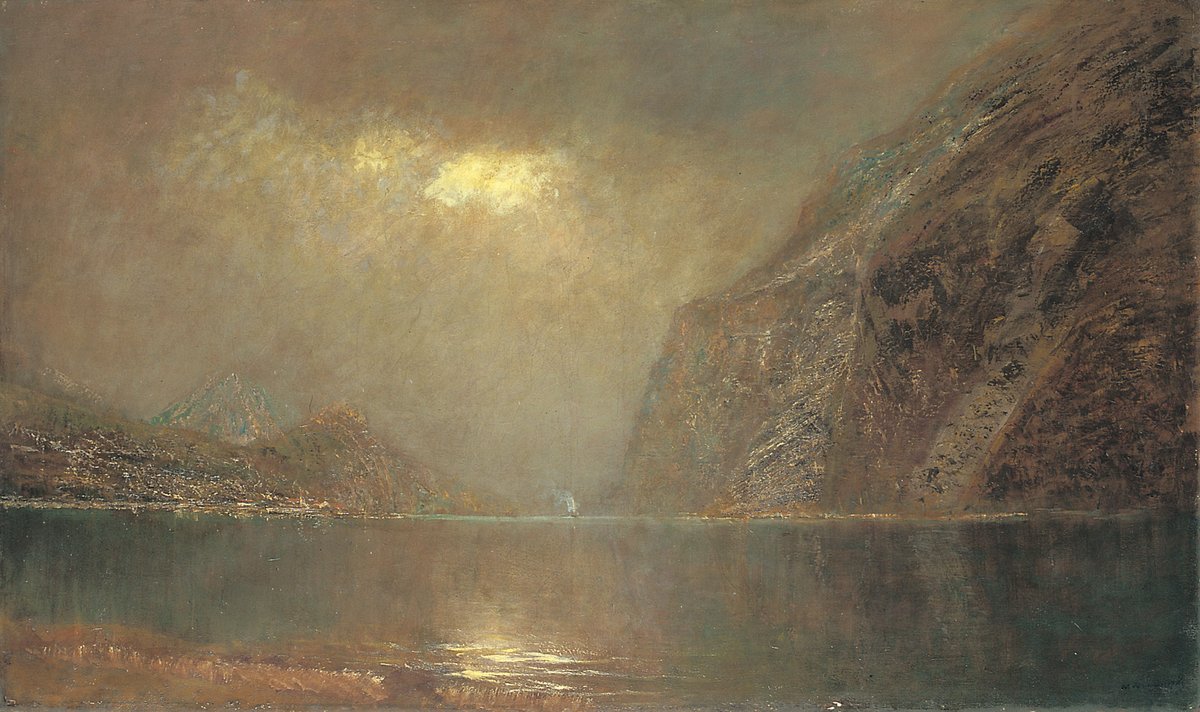 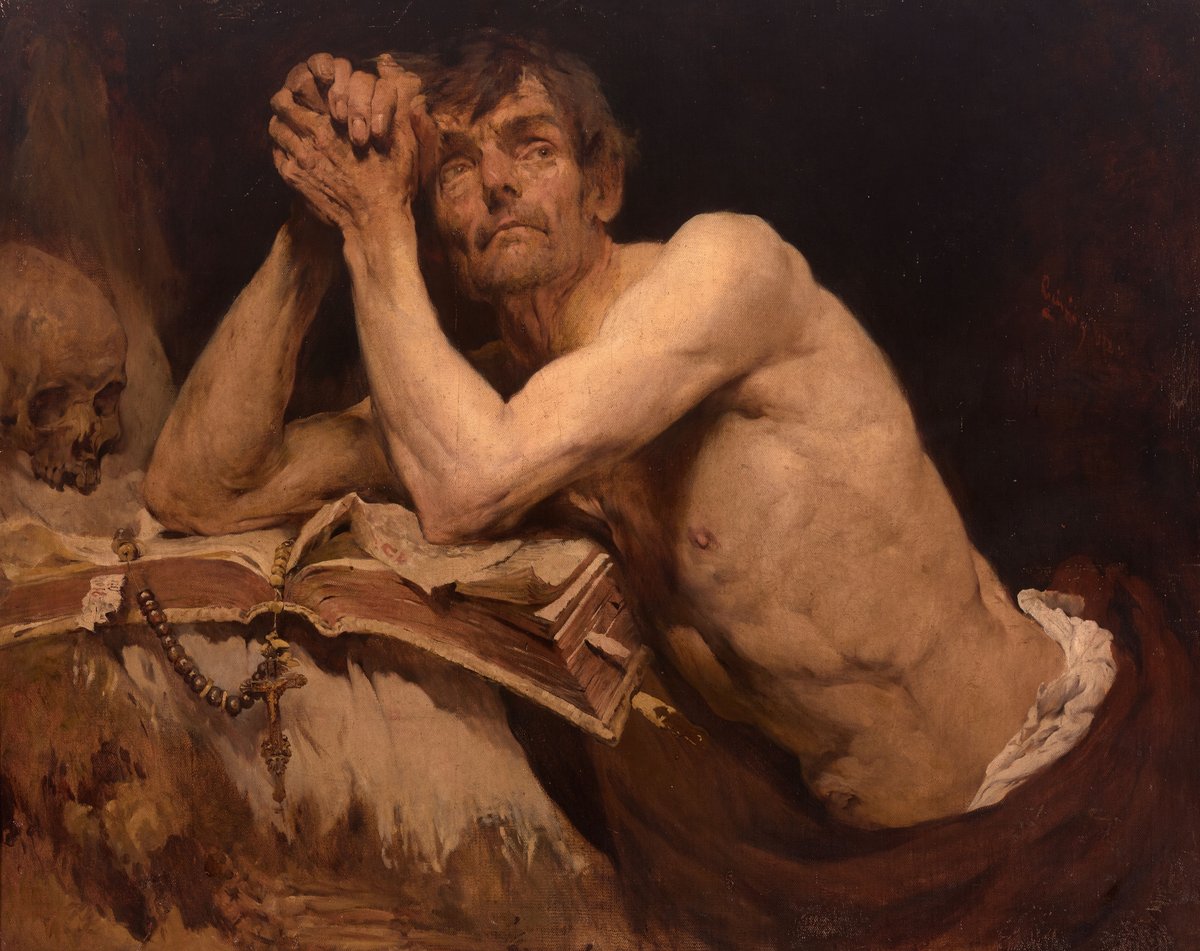