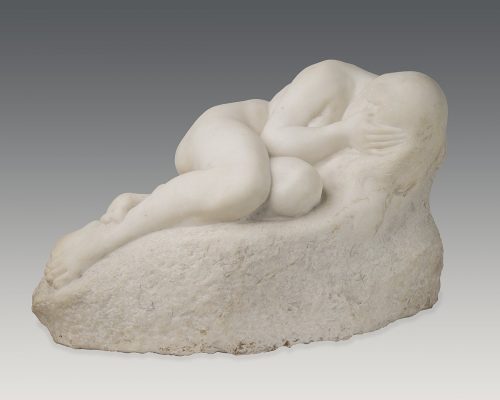 The carefully polished body of the woman who crouches naked on a slightly sloping pedestal, with her hair undone and her face buried in her palms is in stark contrast with the pedestal that is left roughly hewn: this puts even more emphasis on the smoothness of the figure.
These characteristics first appeared in Auguste Rodin’s art. The French father of the style was a great source of influence for several of Szilárd Sződy’s works. Several more Hungarian sculptors at the time created such statues, among them Dezső Lányi, Zsigmond Kisfaludi Strobl, the Finnish Yrjö Liipola, who worked in Hungary, and Béla Pankotai Farkas. The statues of Sződy and the others have such a striking similarity in subject, appearance and modelling that they can probably all take after the same model, Rodin’s Danaida (1889). The fact that four of these works were made either in 1907 or 1908 also suggests that their creators all encountered the inspiration at around the same time. Miklós Ligeti, who came across Rodin’s art during his 1894 study trip to Paris, made Eve a decade earlier, in 1897. 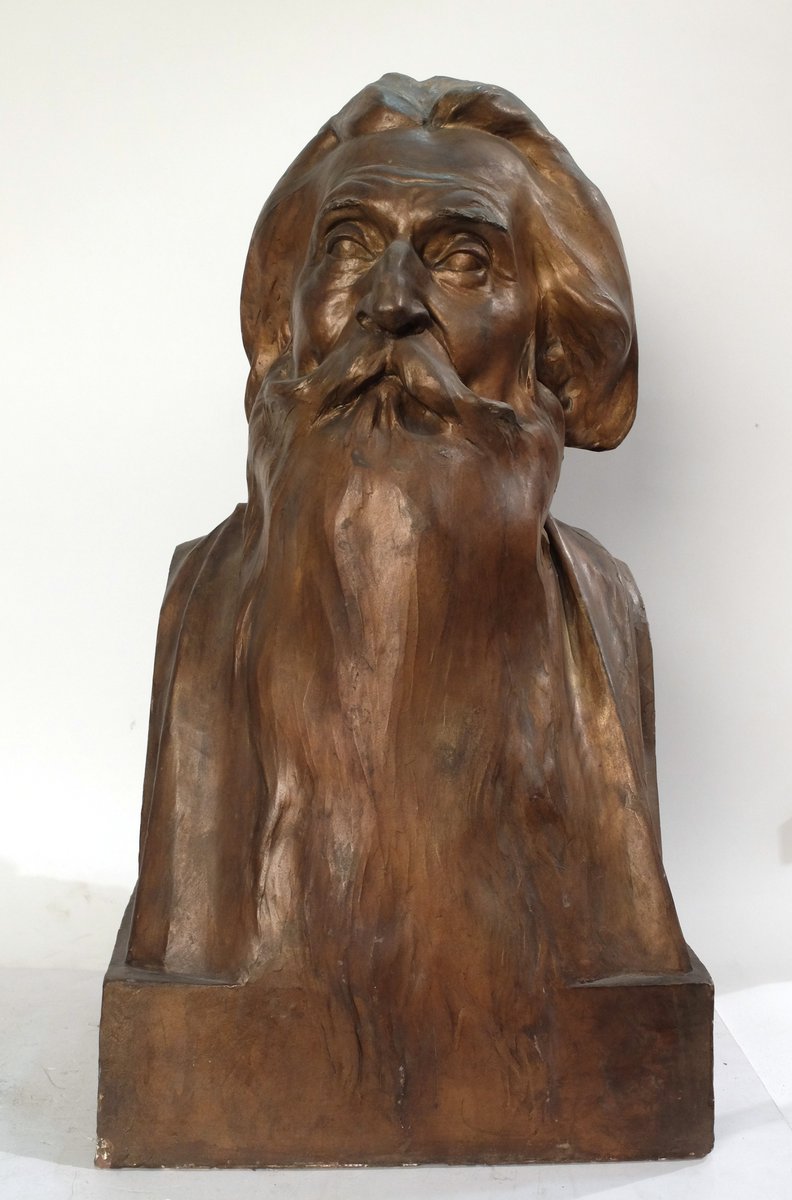 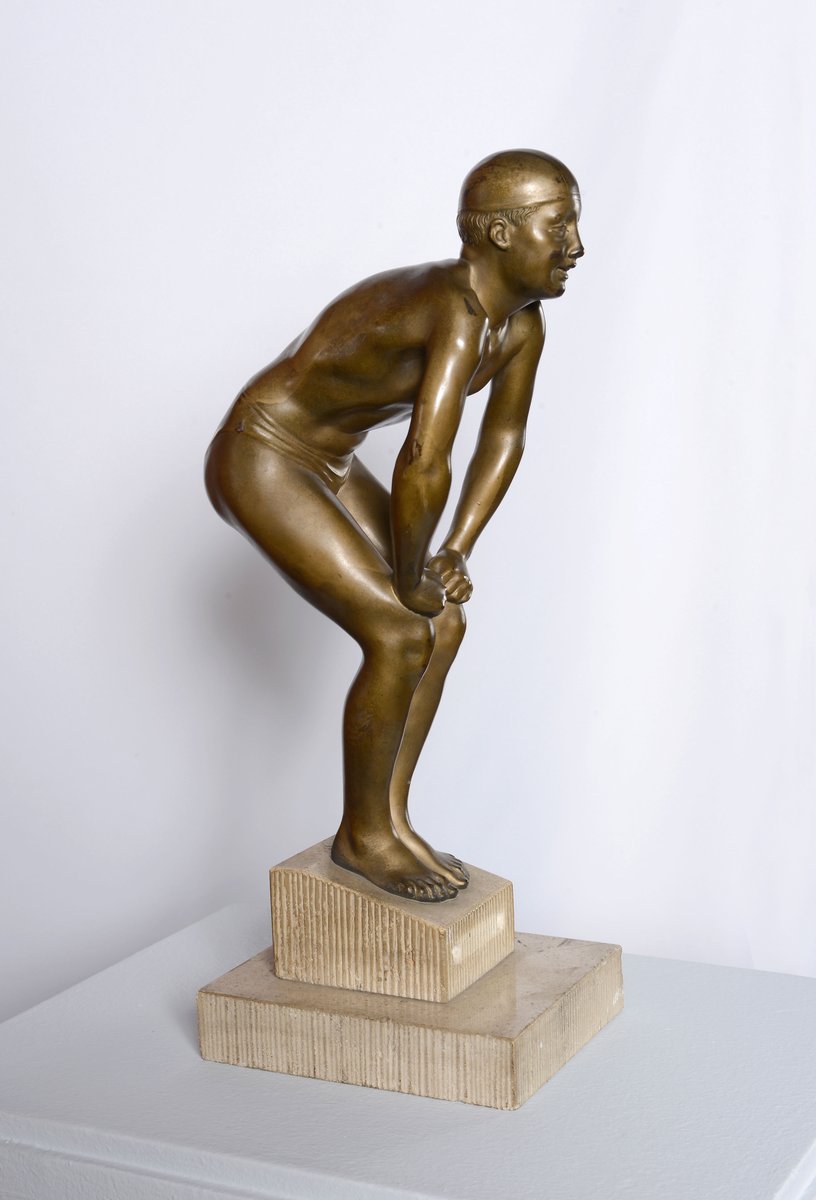 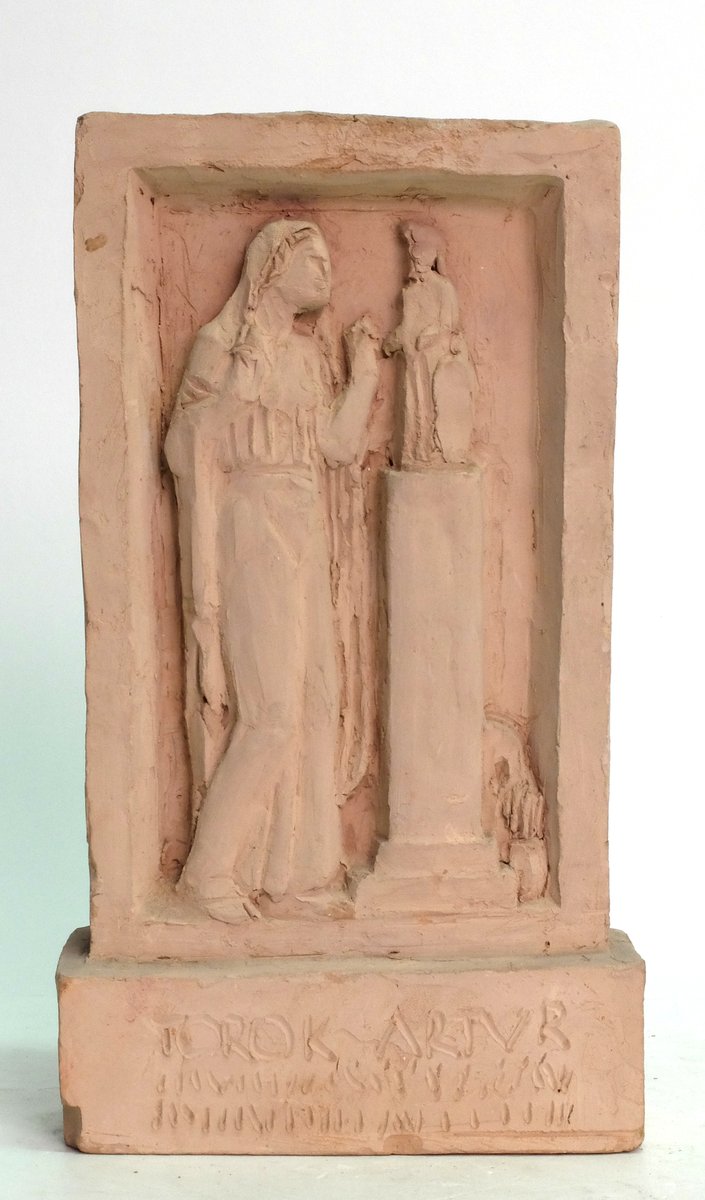 Model for the Tomb of Artur Török Fülöp Beck Ö. 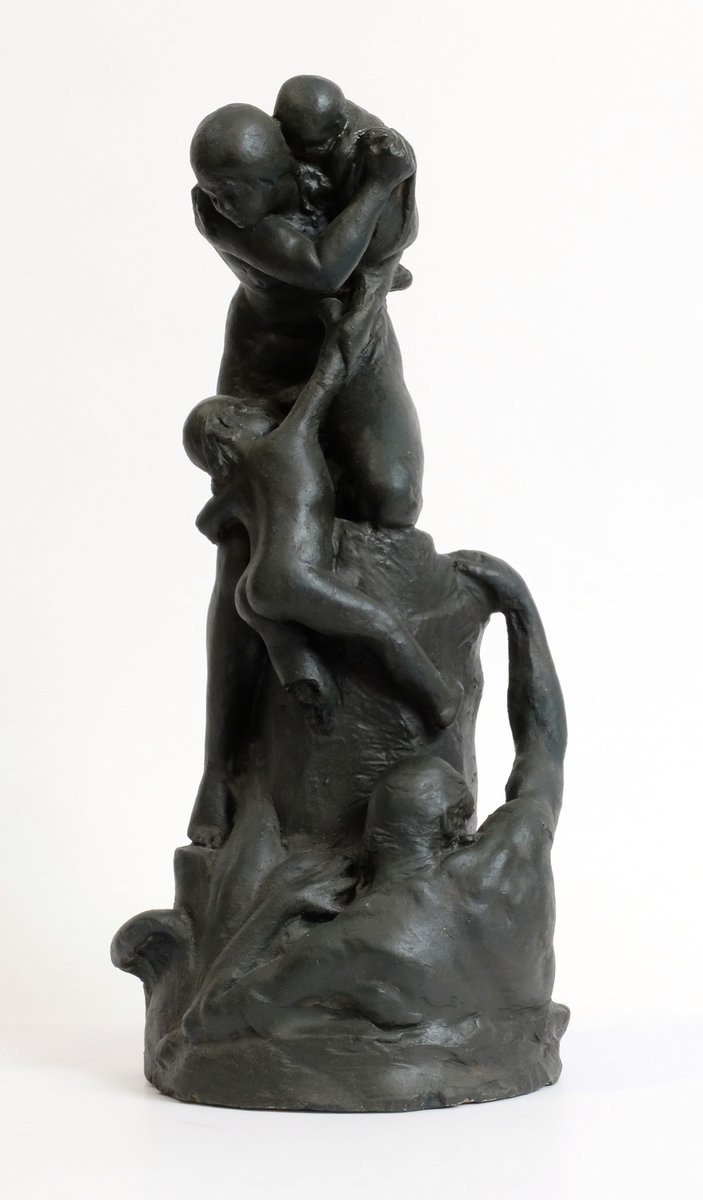 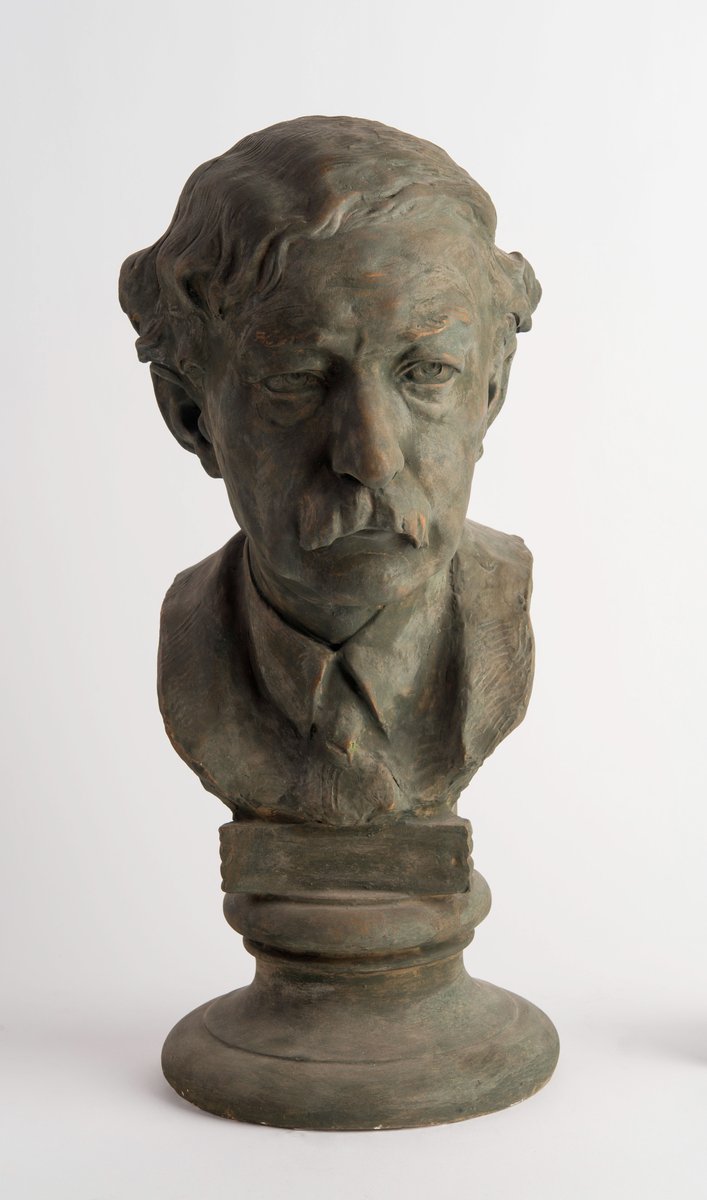 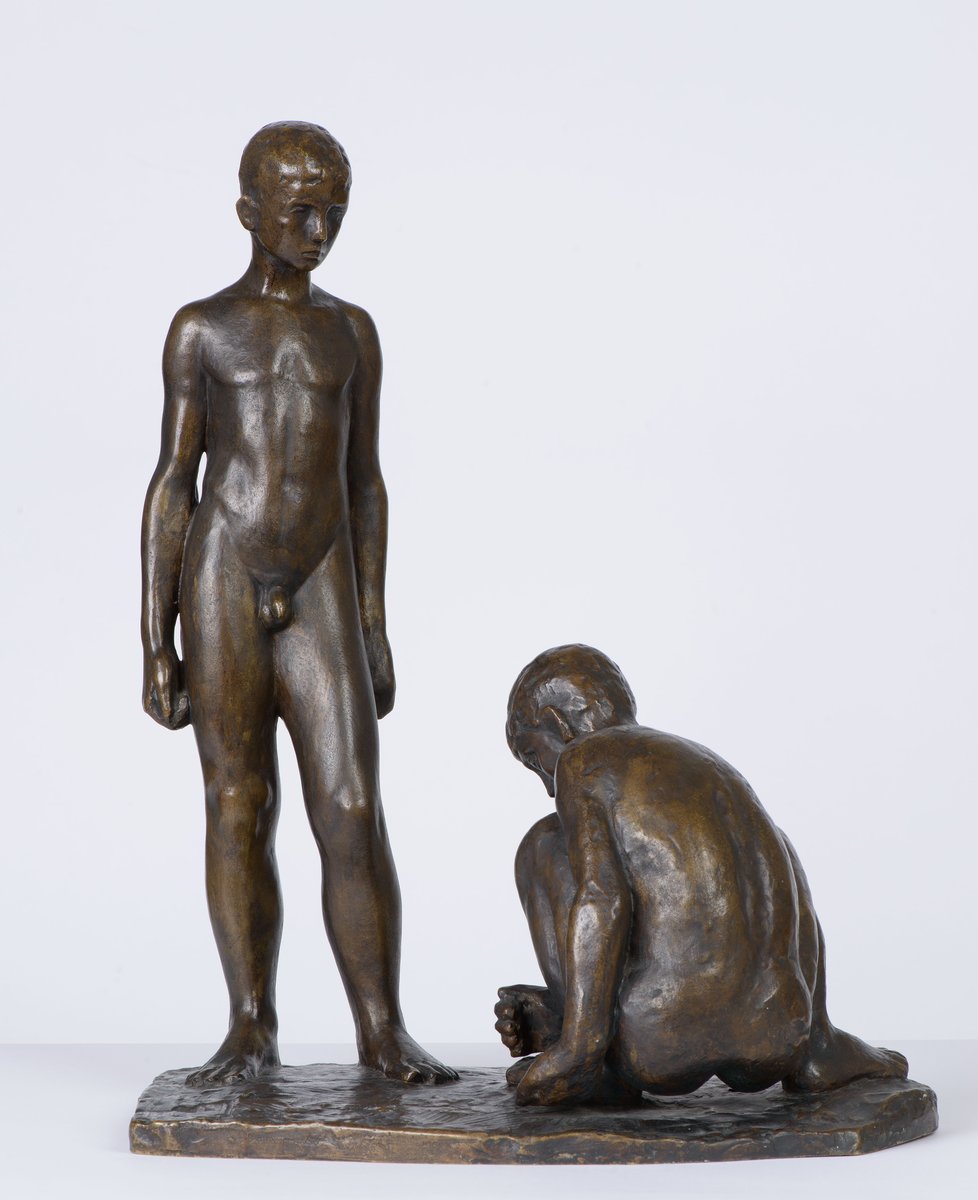 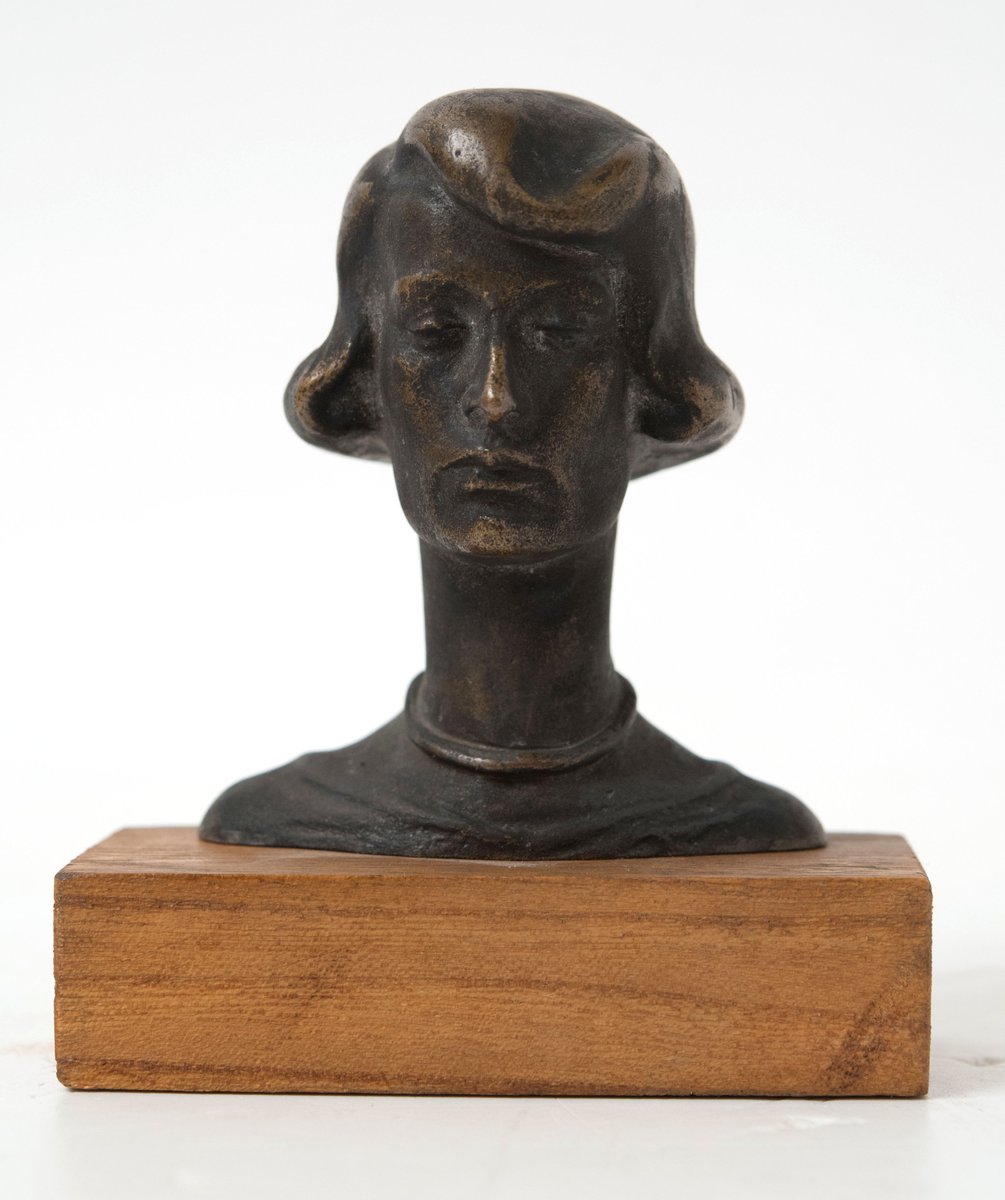 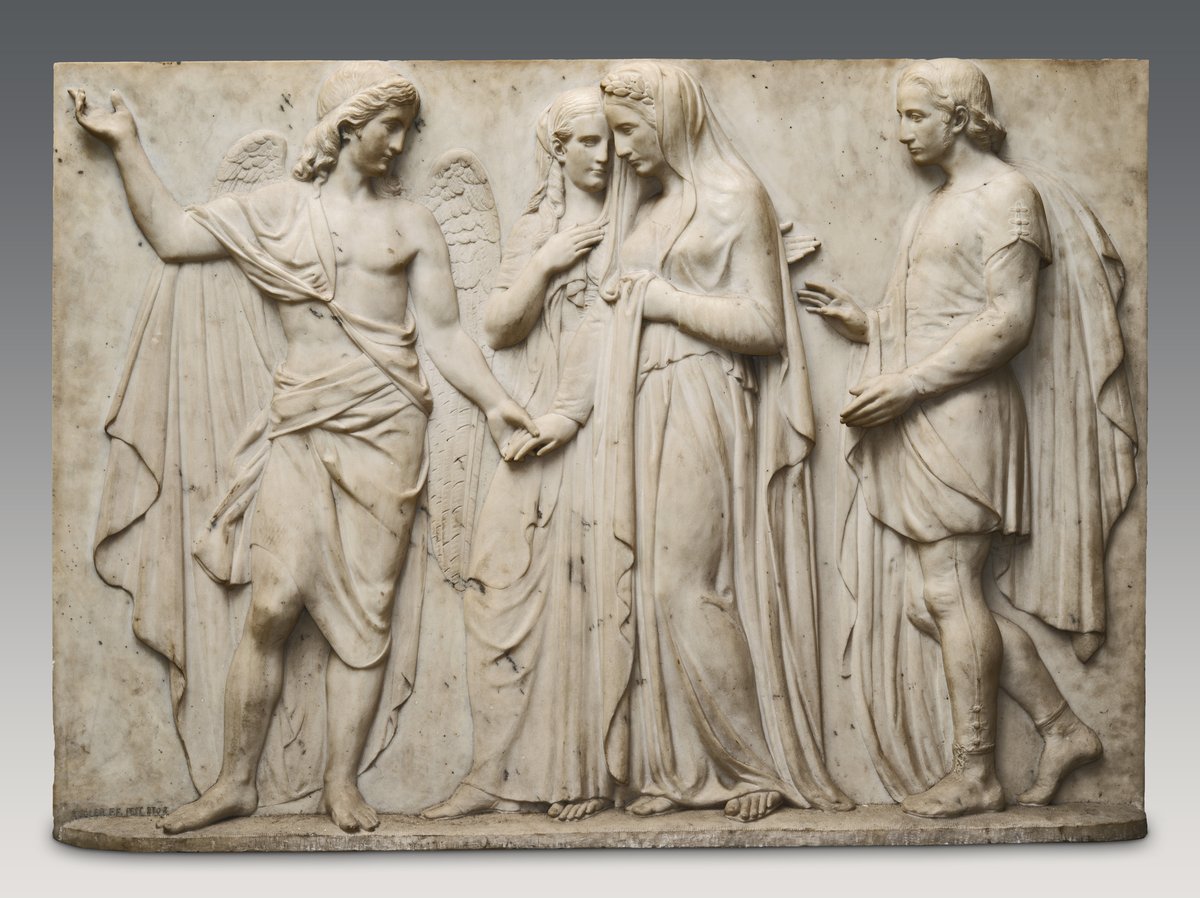 Tomb Relief for the Family of Ferenc Pulszky Ferenc Kugler 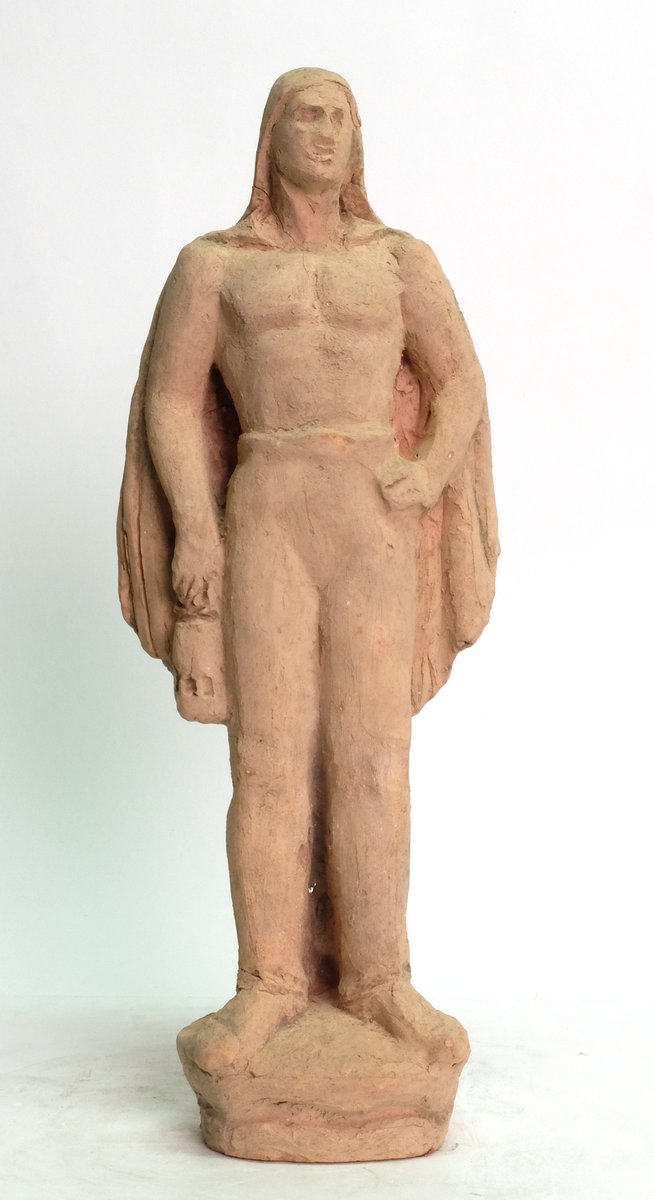