Originally training to be a goldsmith, in the early 1900s Fülöp Beck Ö. turned his attention to sculpture. He deepened his knowledge of the classical principles of sculpture through the teachings of Adolf von Hildebrand. Beck’s objectives were to uncover the statue’s pure, logical structure and to understand the form’s internal relationships. Starting in 1910, the self-contained compositions of his massive, robust sculptures were determined by the properties of the stone he worked with. Like his great Renaissance forebear, Michelangelo, Beck also carved his ideas directly into stone. Starting from the surface of the stone slab, he made his way inwards, carving out forms, making sure he only removed from the raw material what was absolutely necessary. In this way, his works refer back to the properties of the stone block they were born from, even in their finished state.
One of the finest surviving works Beck produced in his archaic “stone style” is this grey-granite Reclining Female Nude. Though narrowly confined, the female figure fills the available space with monumental power, while her posture recalls sculptural precedents from Antiquity and the Renaissance.

Tomb Relief for the Family of Ferenc Pulszky Ferenc Kugler 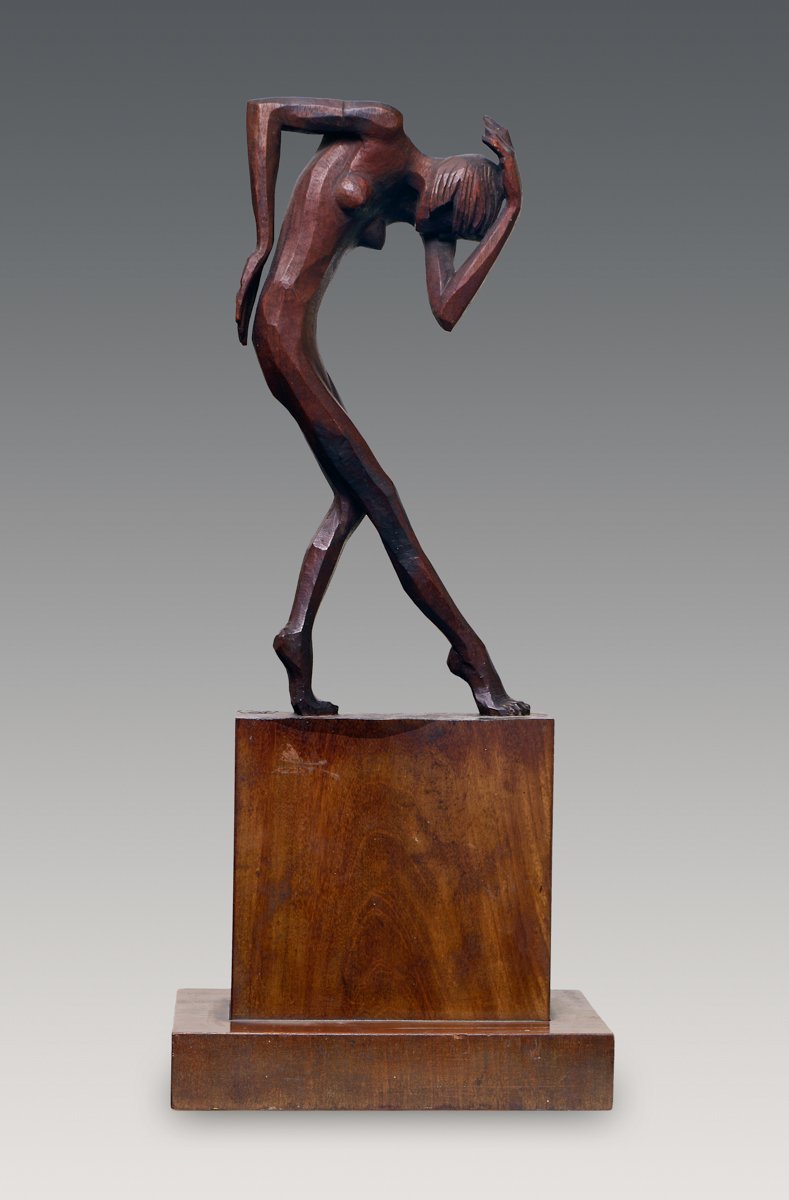