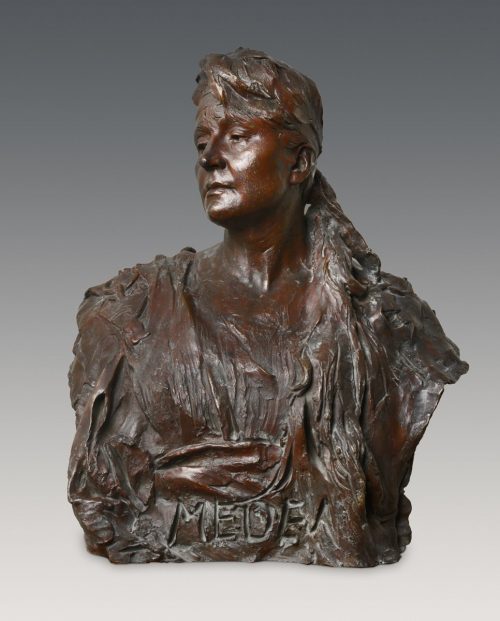 Commissioned by Zsigmond Justh, Alajos Stróbl sculpted a portrait of the great Hungarian actress, Mari Jászai, in 1893. Known mainly for her tragic roles, Jászai displayed a special talent for portraying ill-fated women. Her regal performances and her eloquent delivery were unrivalled. Stróbl chose to present the actress in just such a role, as Medea. According to Greek mythology, Medea was the wife of Jason. Madly in love with her husband, she murdered several people she perceived as threats to her marriage. Finally, when her husband proved unfaithful to her, she killed their two children. The tragedy written from the story by Euripides frequently appears in the repertoire of many theaters.
In Stróbl’s sculpture, the actress and the role she plays blend into one: the dangerous and uncontrollable mythological heroine and the solemn, disciplined tragedienne stand before us simultaneously. 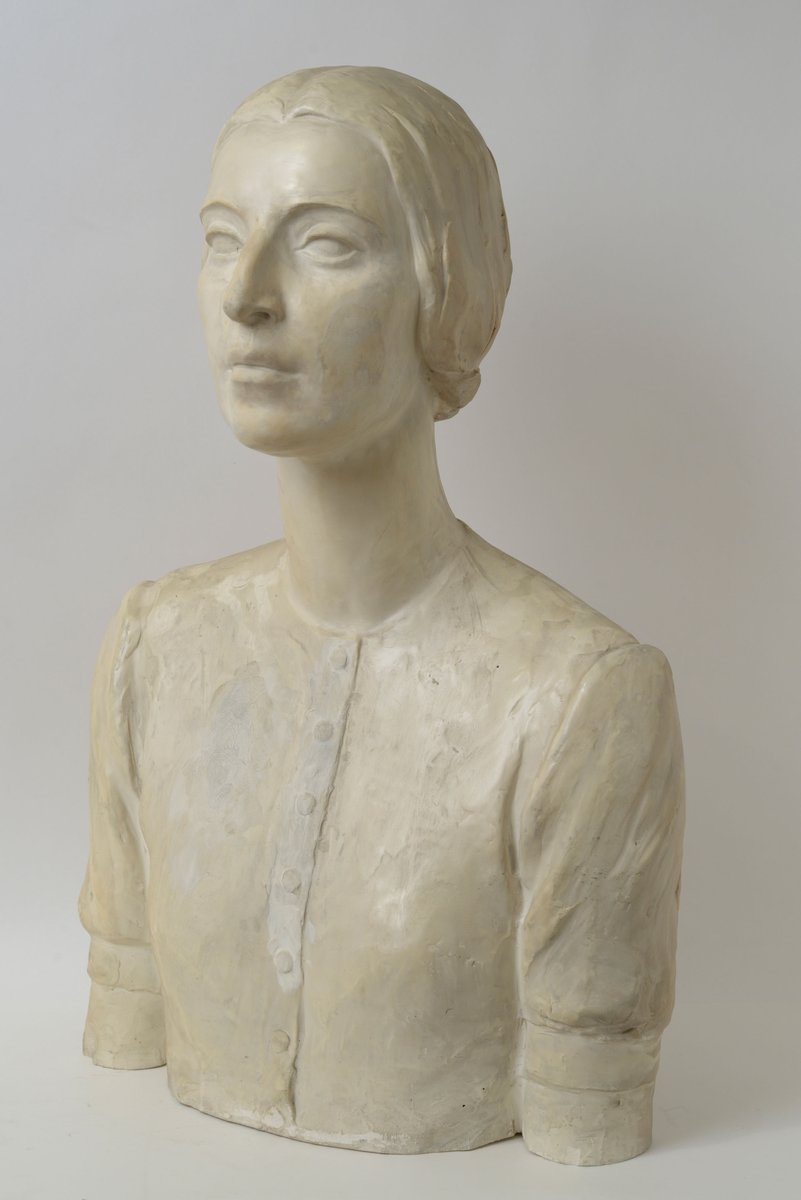 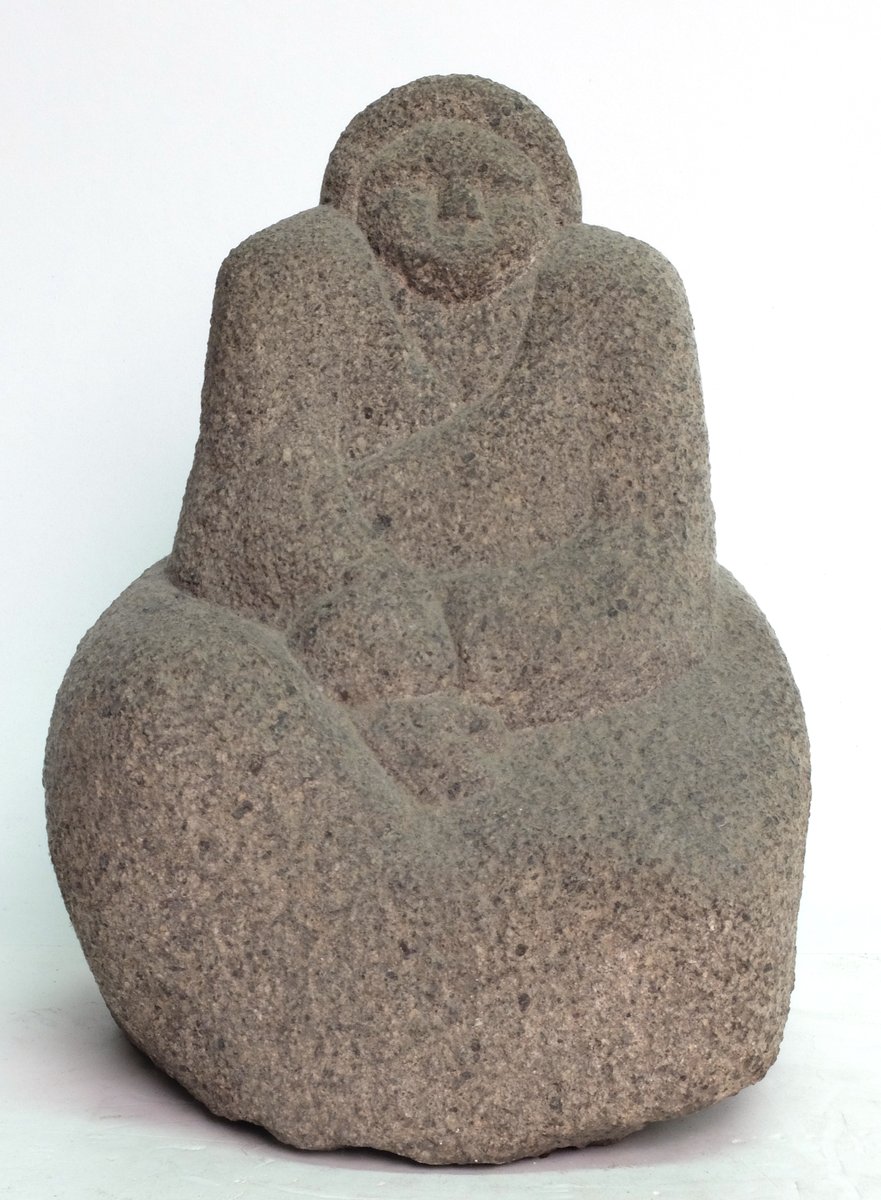 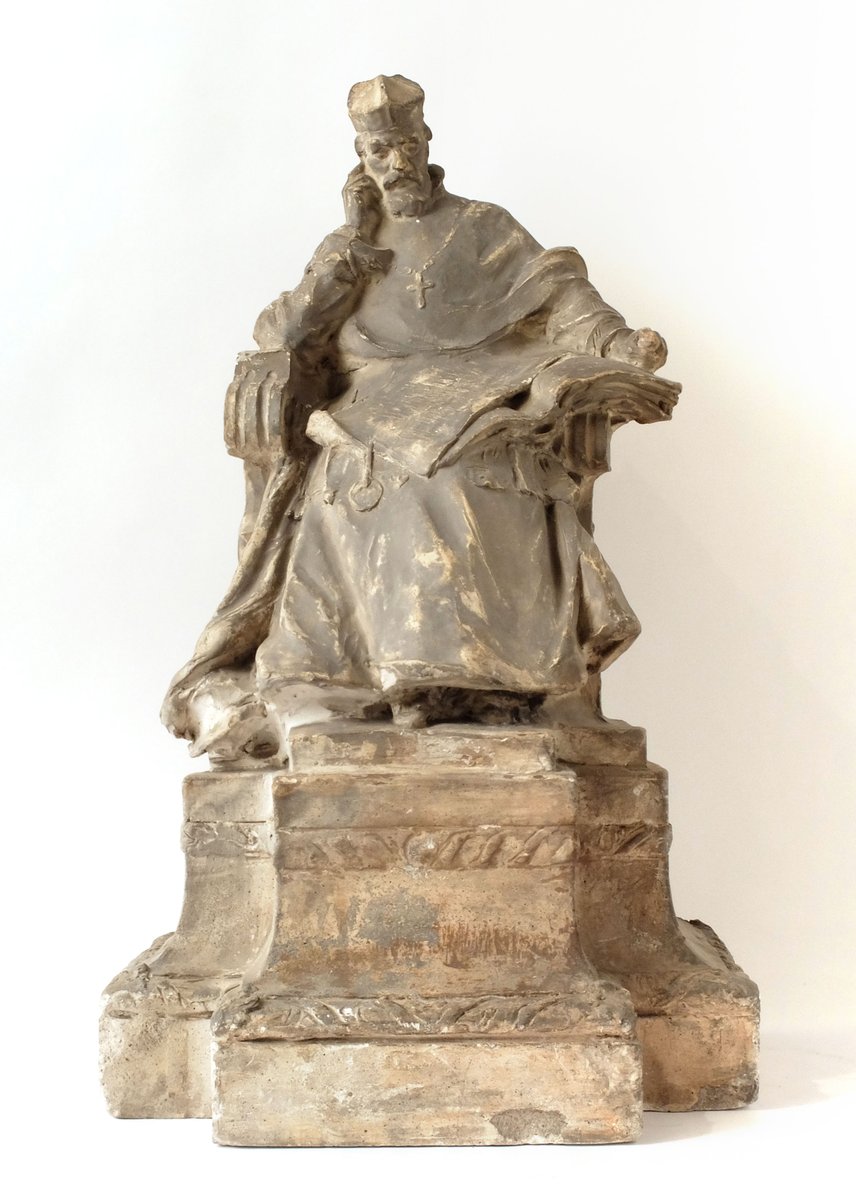 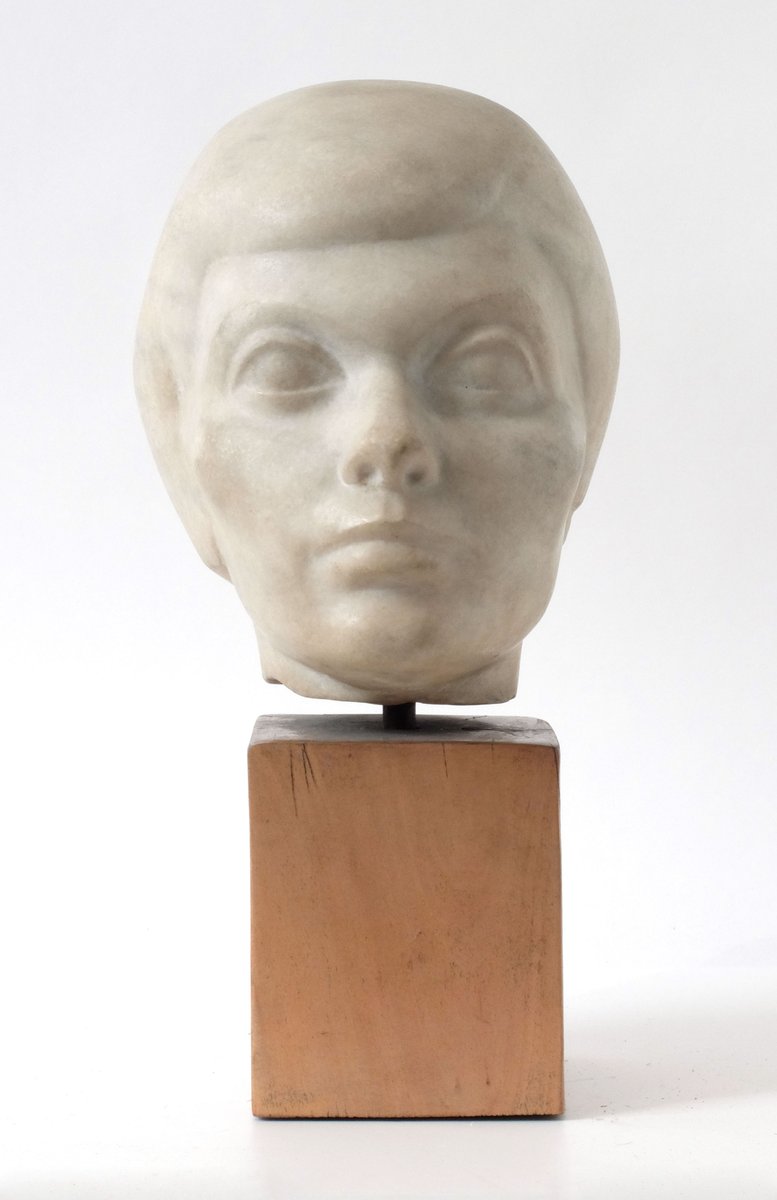 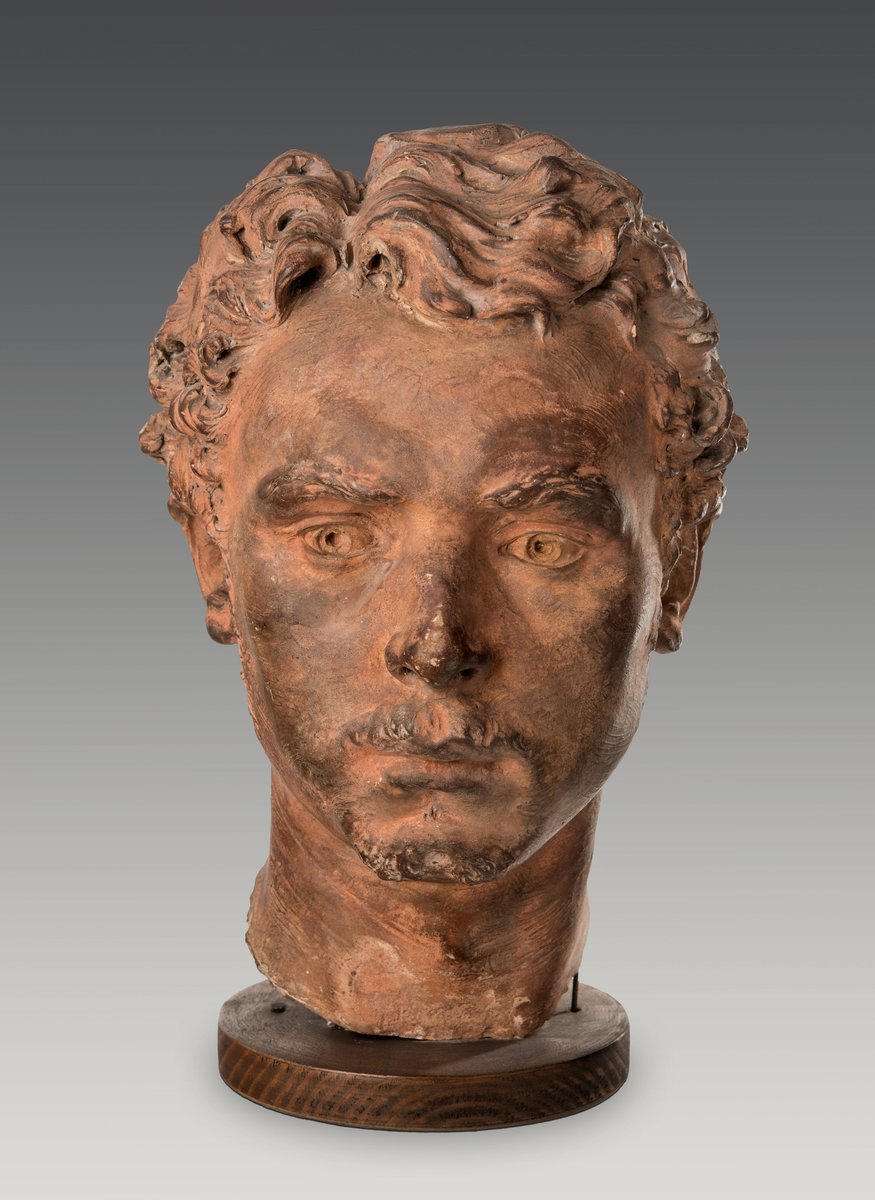 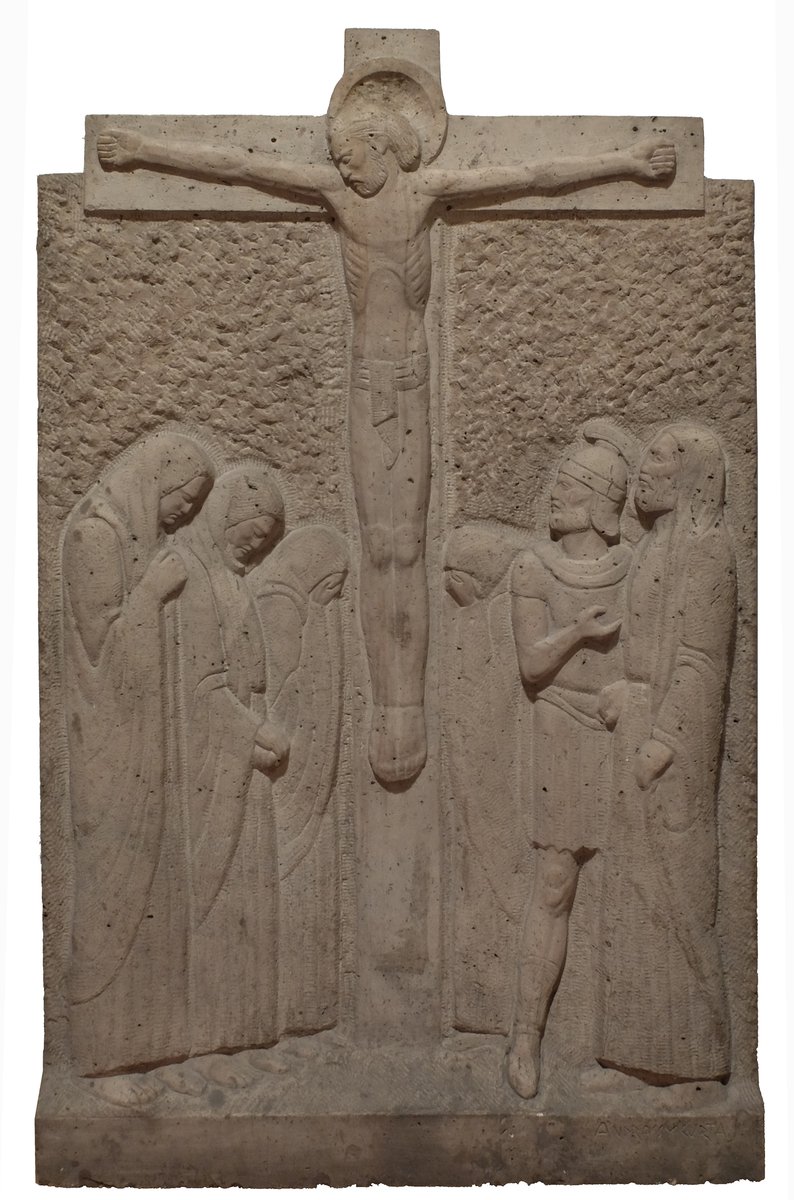 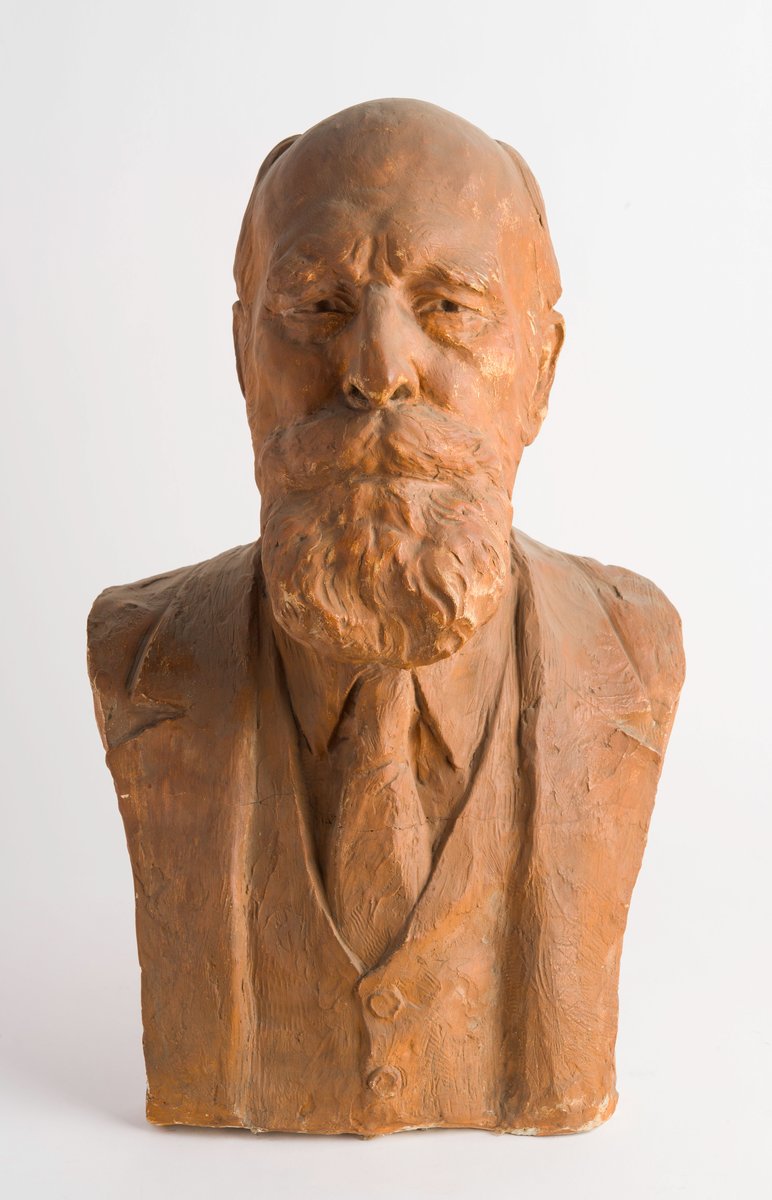 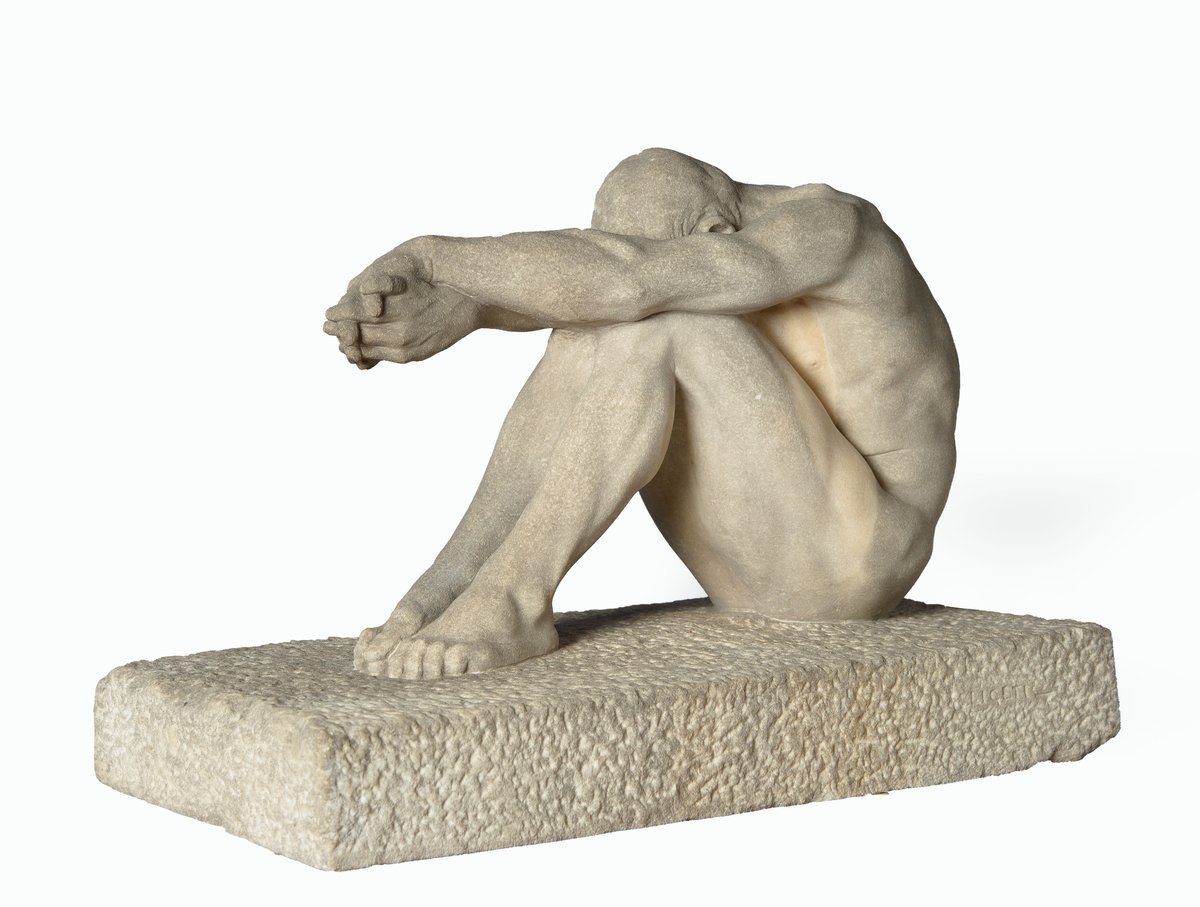 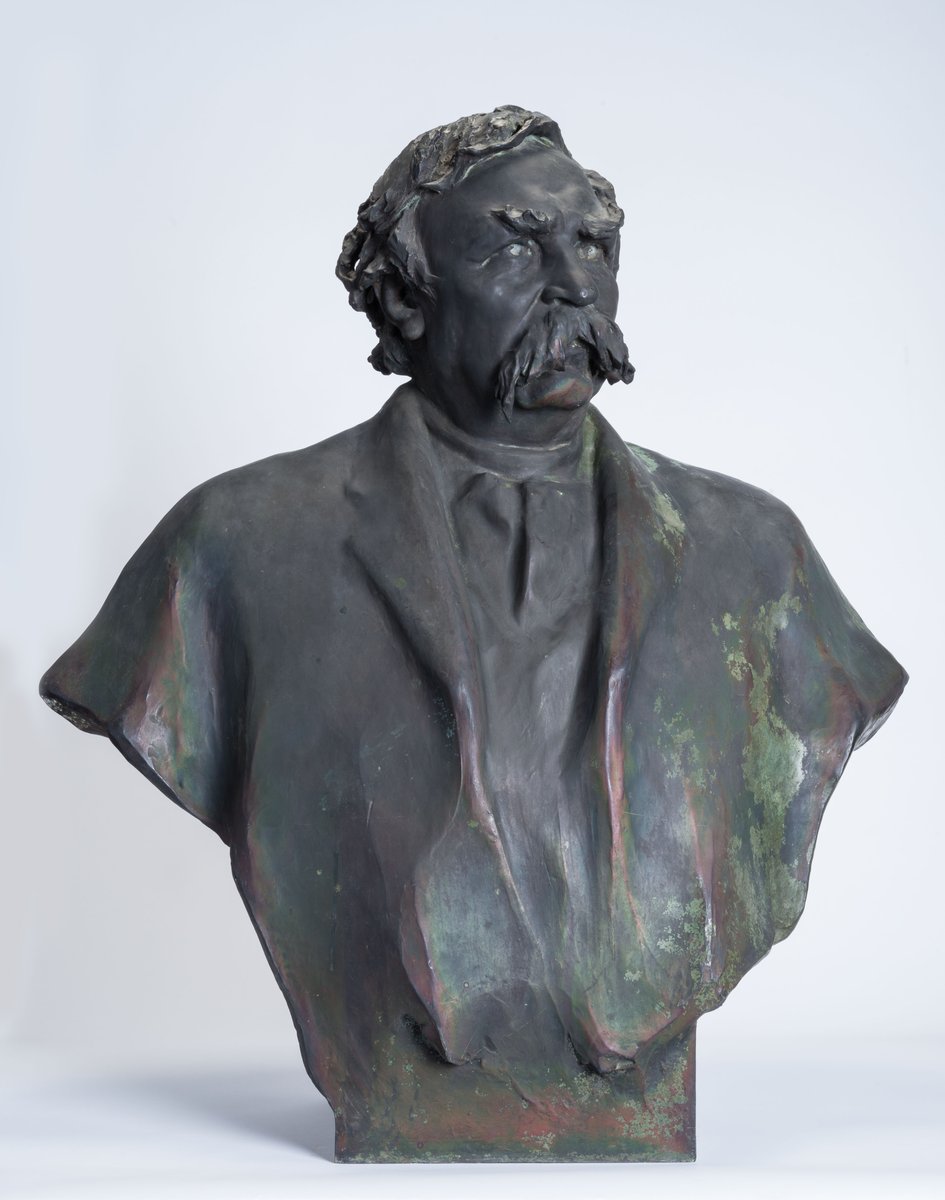