In his memoirs István Csók narrates the story of Orphans in detail. The mother and daughter visiting the artist in his Munich studio emerged like an apparition from the netherworld in the mysterious bluish twilight of dusk. Csók first depicted this experience in a symbolic painting, envisioning the girl as the spirit of the dead child next to the mother reading the Bible. However, he soon repainted the “visionary” picture, turning the figures into orphaned siblings. The socially sensitive subject was just as typical of naturalism around the 1890s as was the photographic accuracy of painting. Several Hungarian and foreign contemporaries of Csók adopted this painting style at that time. By the bold effects of illumination and the highlighting of a single colour Csók created a more exciting composition than his fellow artists of similar schooling, the representatives of the so-called “painting without shadows”. The peculiar lighting which the brushwork captured perfectly scored great success at exhibitions in Munich and Vienna. As István Csók recalled, there were lamp-lit pictures galore at the exhibitions of the Glaspalast in Munich and “blue was the dominant colour” in Viennese showings after this painting. In the winter exhibition of the Hungarian National Art Association in 1891 this painting was awarded the grand prize, the most prestigious artistic prize in Hungary. | Gábor Bellák 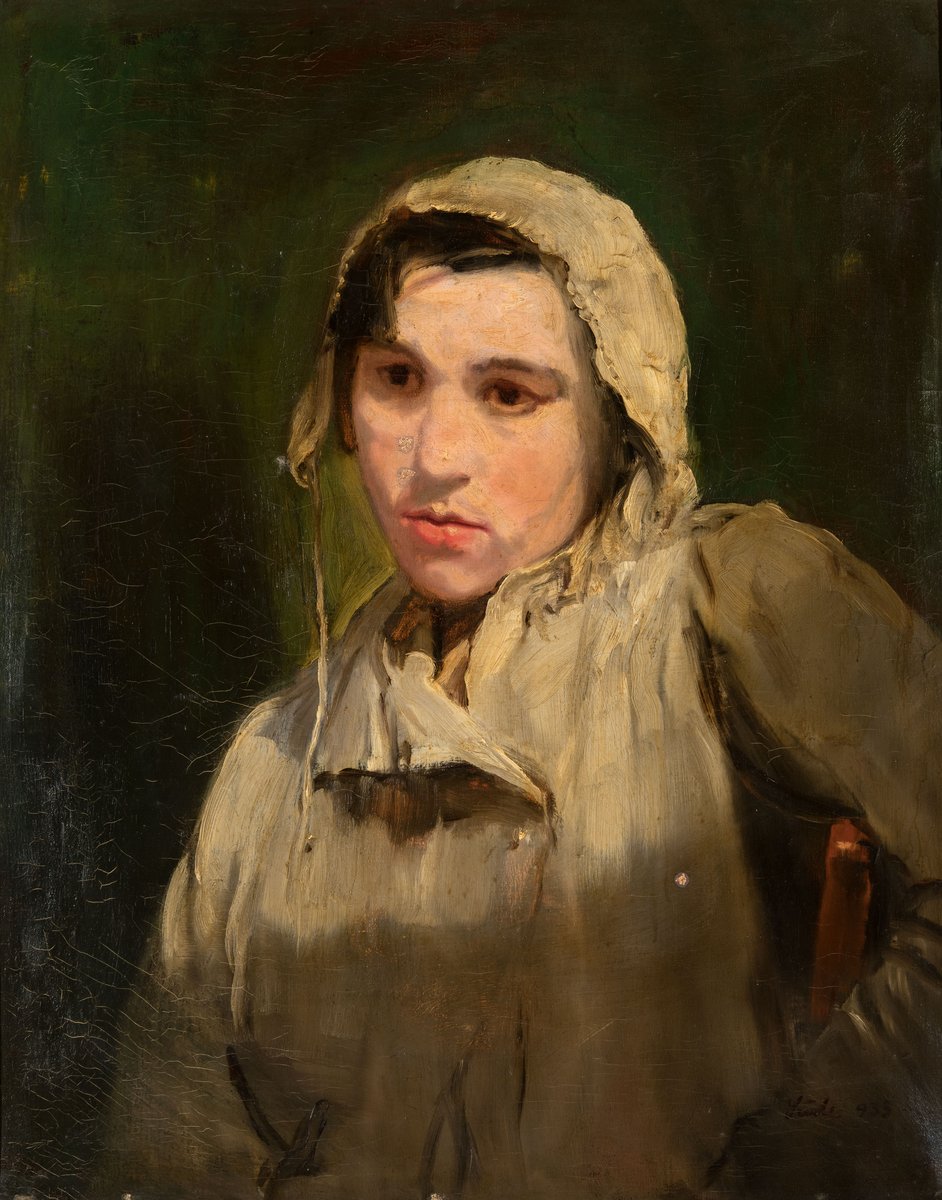 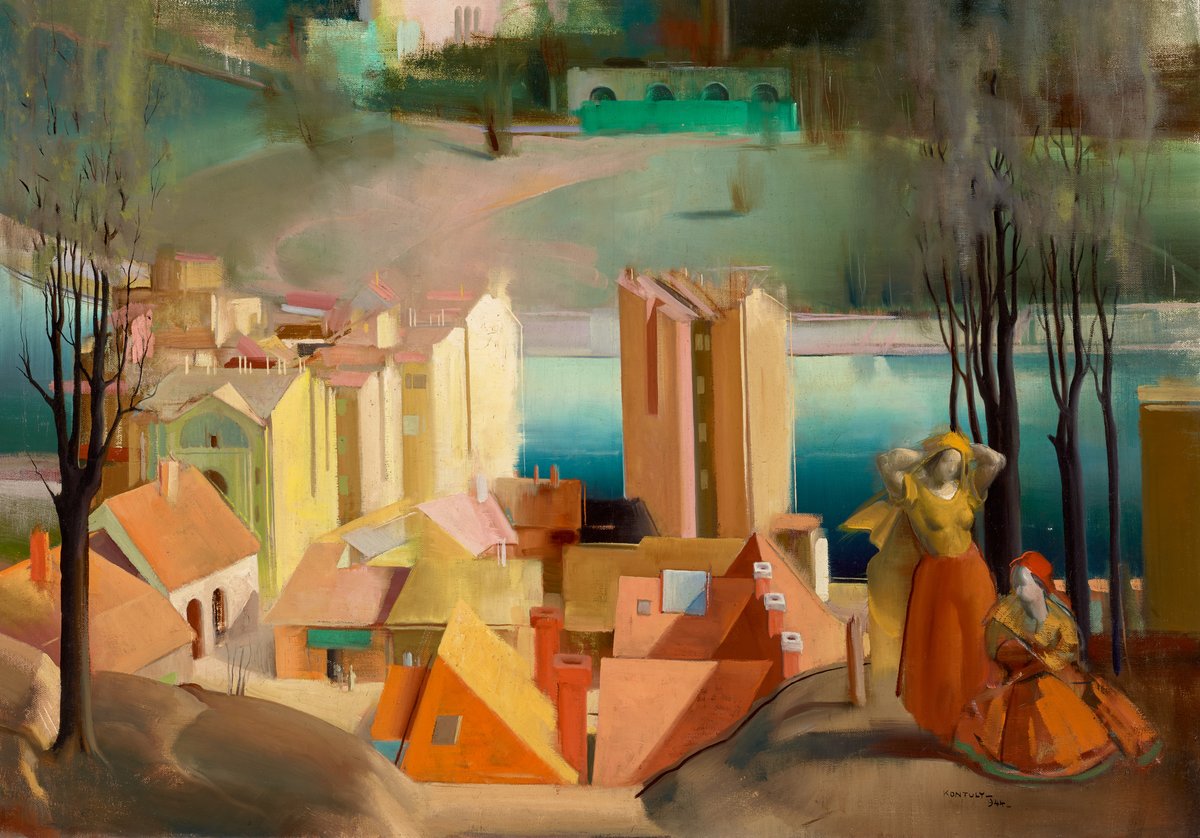 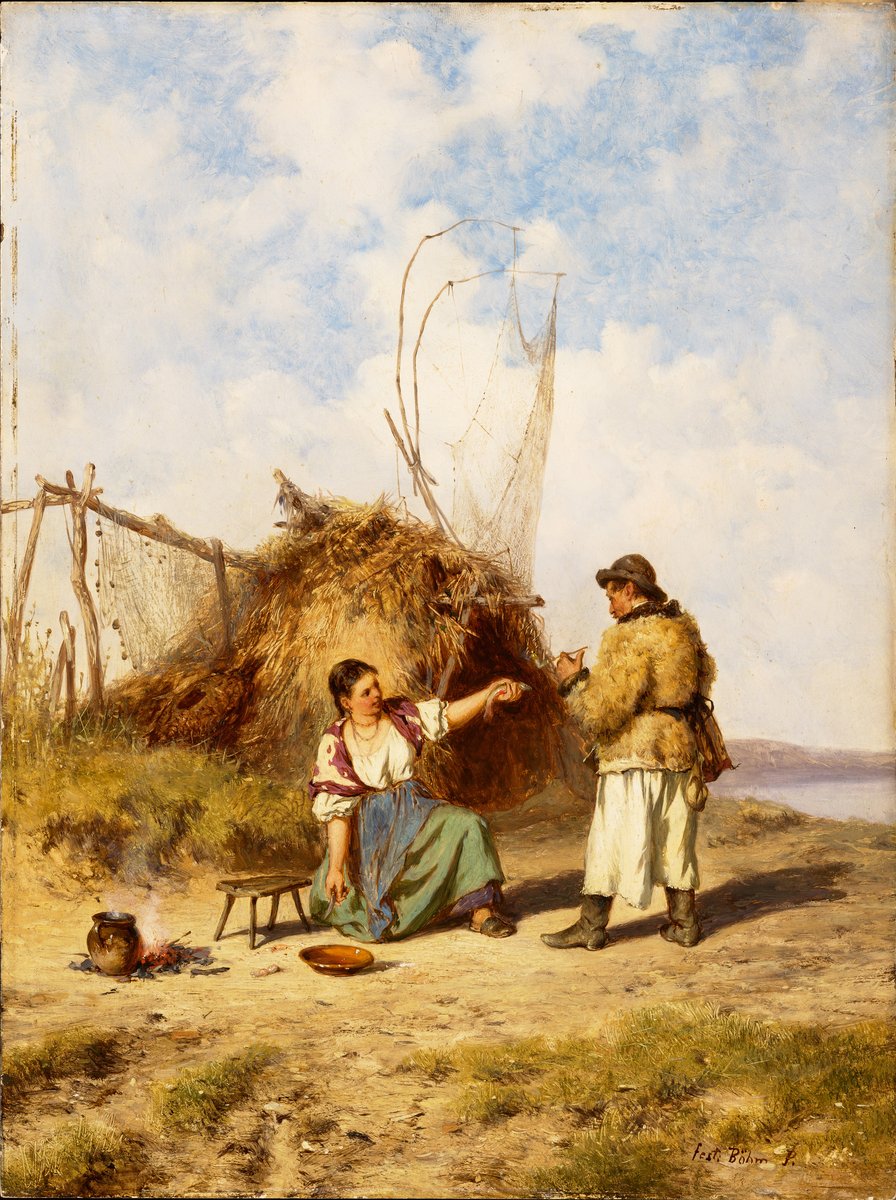 Fisherman at his Hut Pál Böhm

The Depths of the Forest László Paál

On the Hill József Koszta 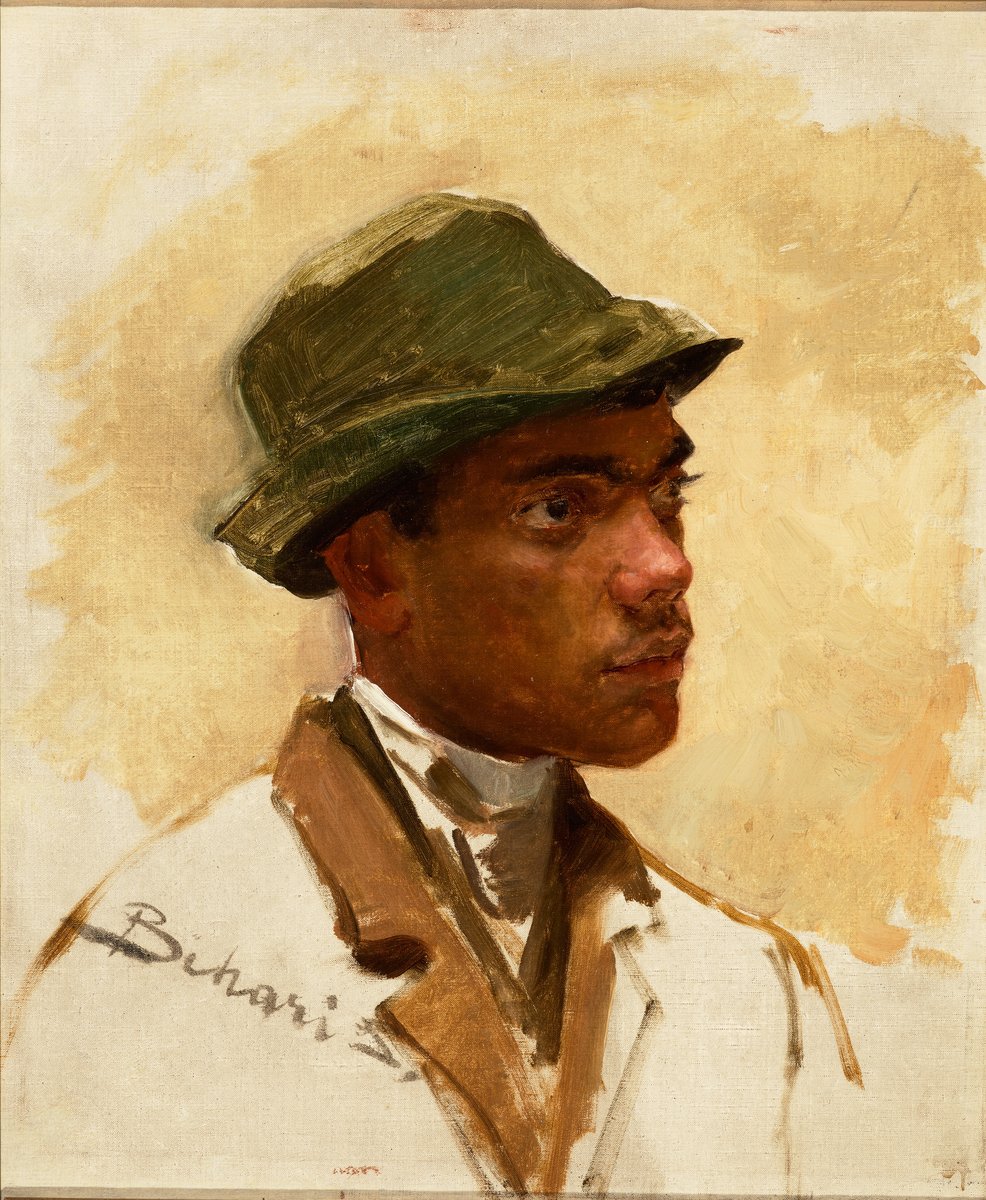 In my Village Imre Ámos