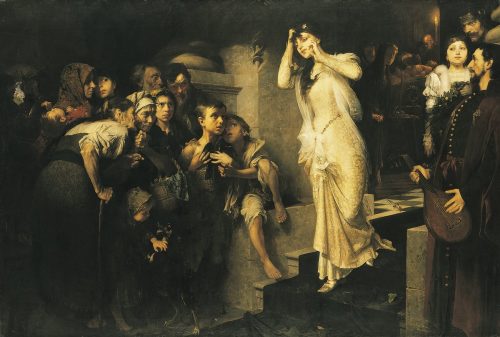 The genre of illustrations, which enjoyed increasing popularity in Hungary in the nineteenth century, emerged from the confines of books and prints and in the second half of the century entered the world of painting (oil paintings and murals). The best known literary works of the time ― including poems by János Arany and Sándor Petőfi ― provided the subjects for smaller and larger paintings. Jenő Gyárfás’s monumental masterpiece is an illustration for János Arany’s ballad titled Ordeal of ther Bier. Relatives and acquaintances quietly pass by the body of Benő Bárczi, laid in state, for fear of being found to be the murderer of the young man, as, according to an ancient belief, a dead body will start bleeding when its killer is nearby. To the utter surprise of those present, blood starts running when Benő’s bride, Abigél Kund, approaches the bier. The girl had not actually murdered her groom but had handed him a knife in banter. Gyárfás sought to depict passion and madness in this composition. Tormented by guilt, Abigél Kund rushes out of the room in madness. The scene captures the fecund moment from Arany’s ballad suitable for evoking the events that had gone before it and those that were to come. The nineteenth-century Hungarian audience was well acquainted with the story that Arany had written in 1877, just a few years before Gyárfás’ painting. The poem’s most important stanzas can be read on the picture’s decorative frame ― also implemented by Gyárfás ― amidst arabesques and fantastical figures. Most critics praised the work for the masterful execution of dual lighting and the elaborate depiction of the astonished side-figures, while they found the manic countenance of the mentally destroyed protagonist overbearing. Nevertheless, Ordeal of the Bier stands out among the academic compositions of the period by virtue of its profound psychological depiction as well as the diversity and realism of its description of folk types. Gyárfás won the grand prix of the Society of Hungarian Fine Arts with this picture, which he then bequeathed to the state. | Réka Krasznai 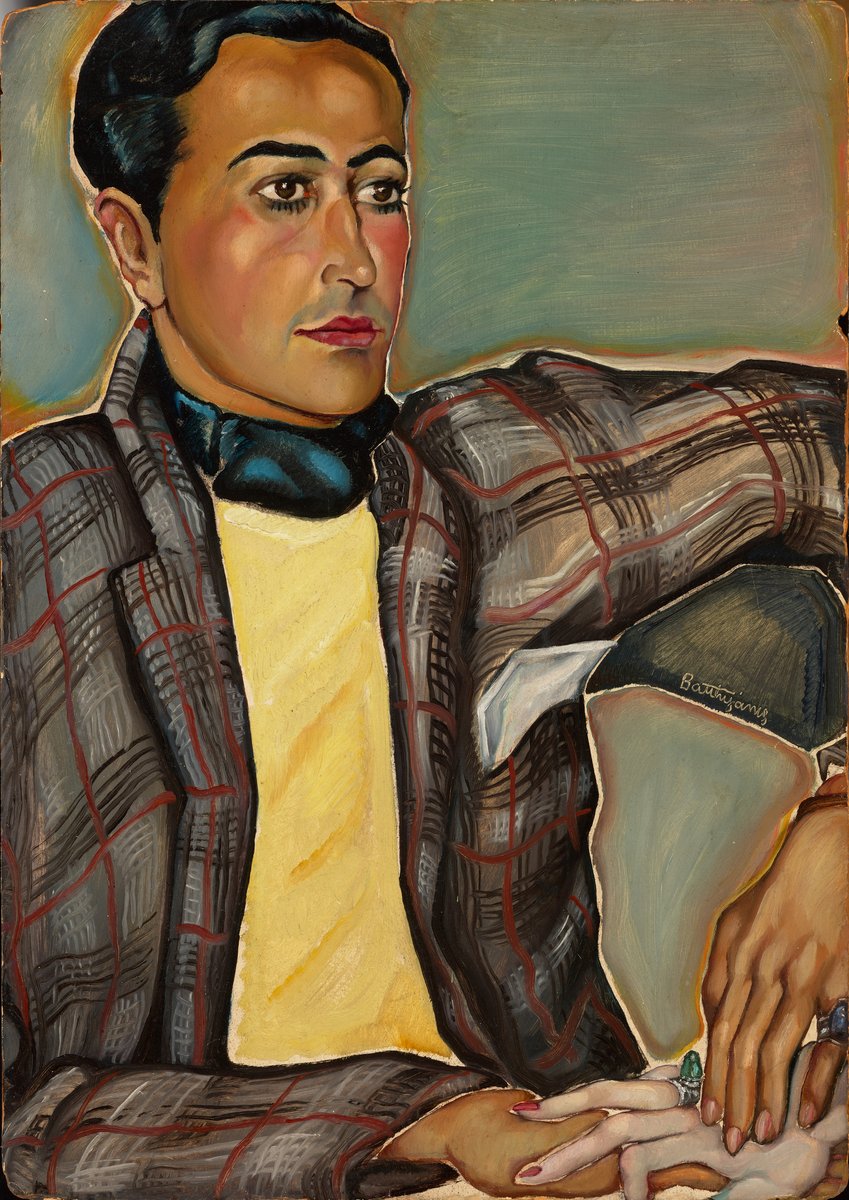 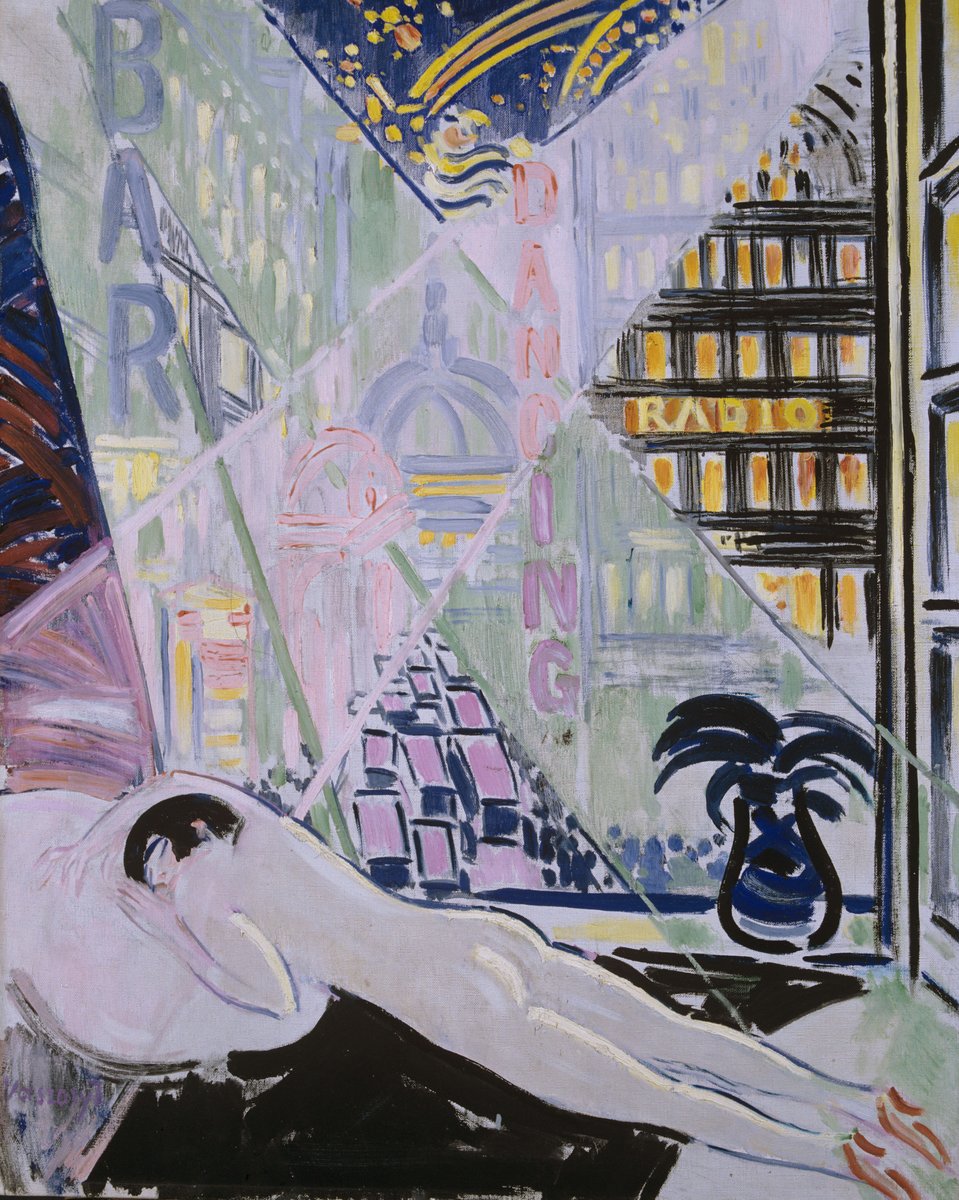 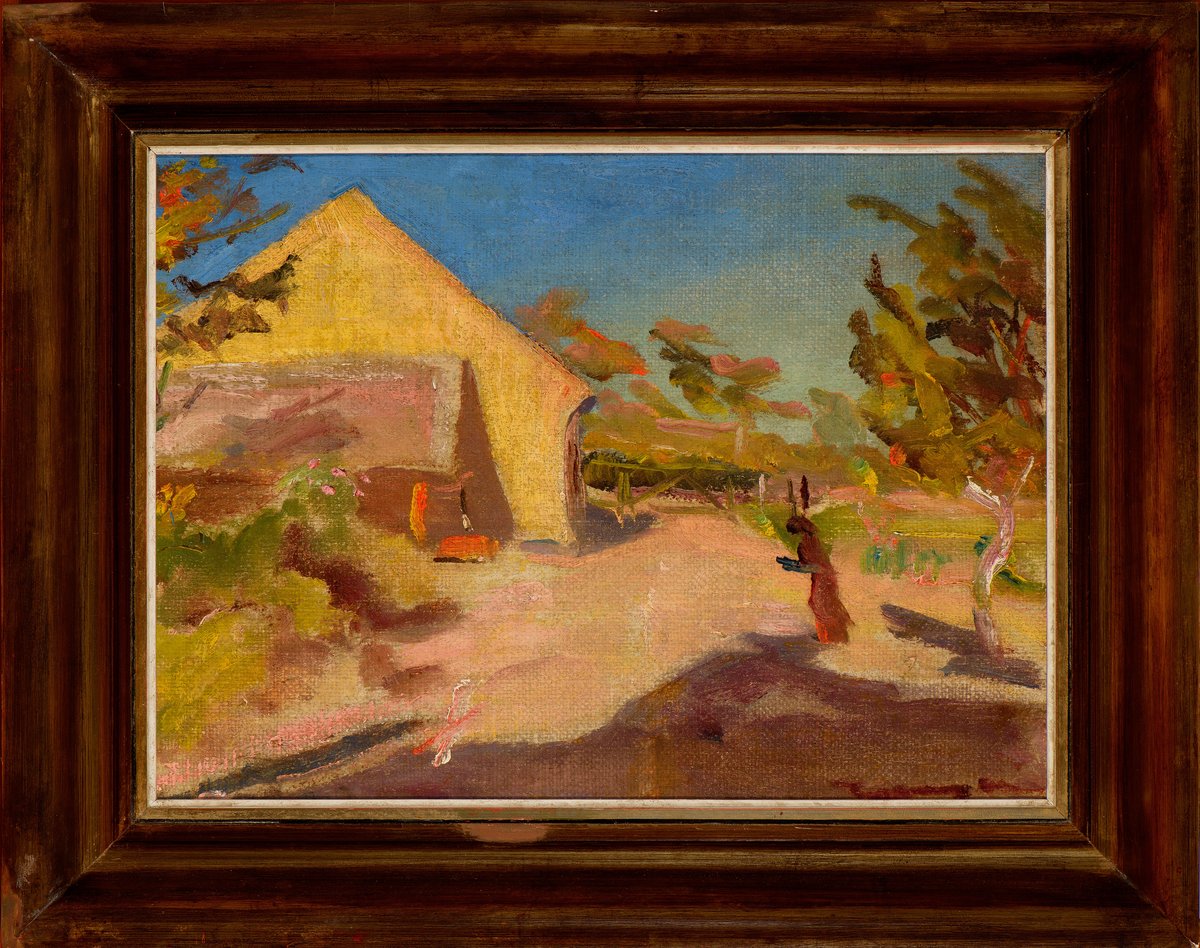 Confines of the Village János Tornyai 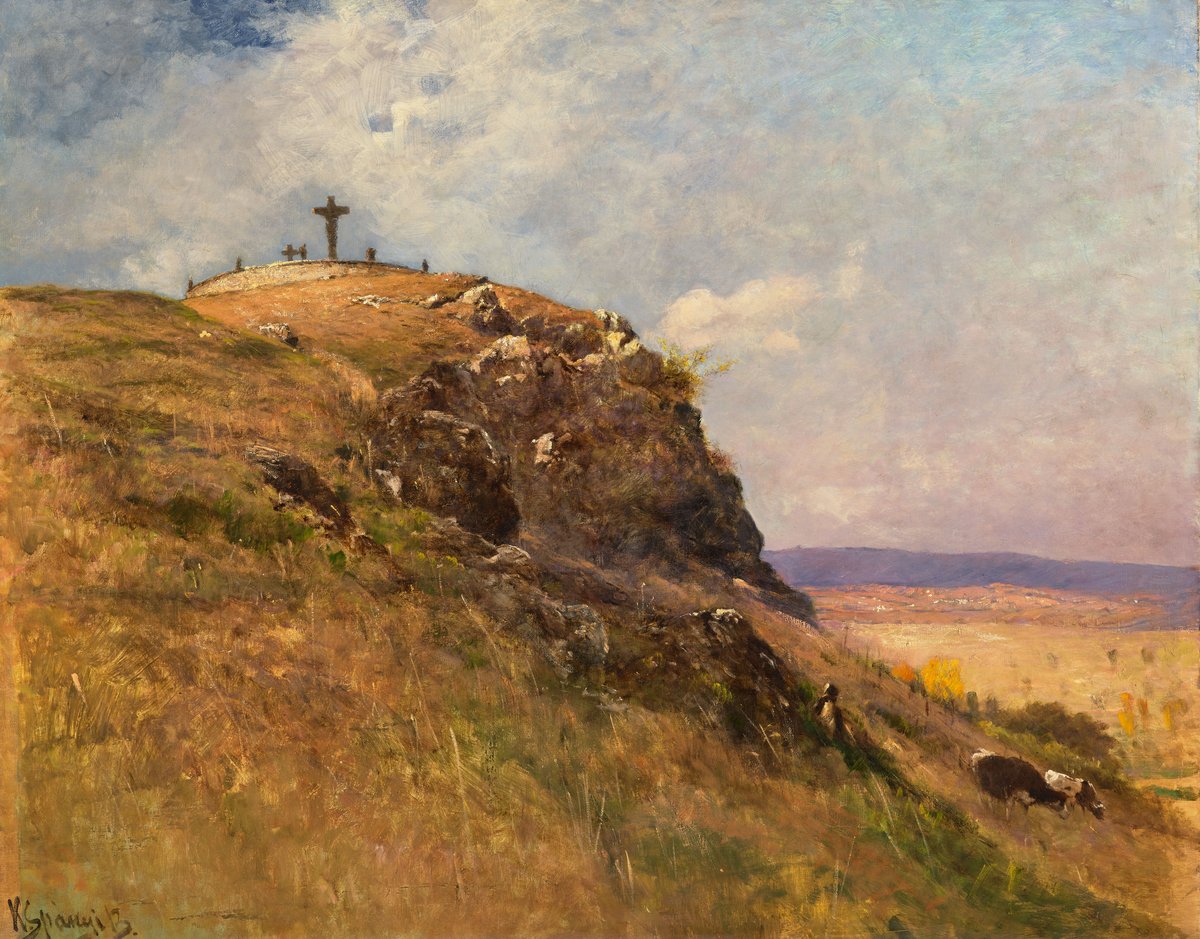 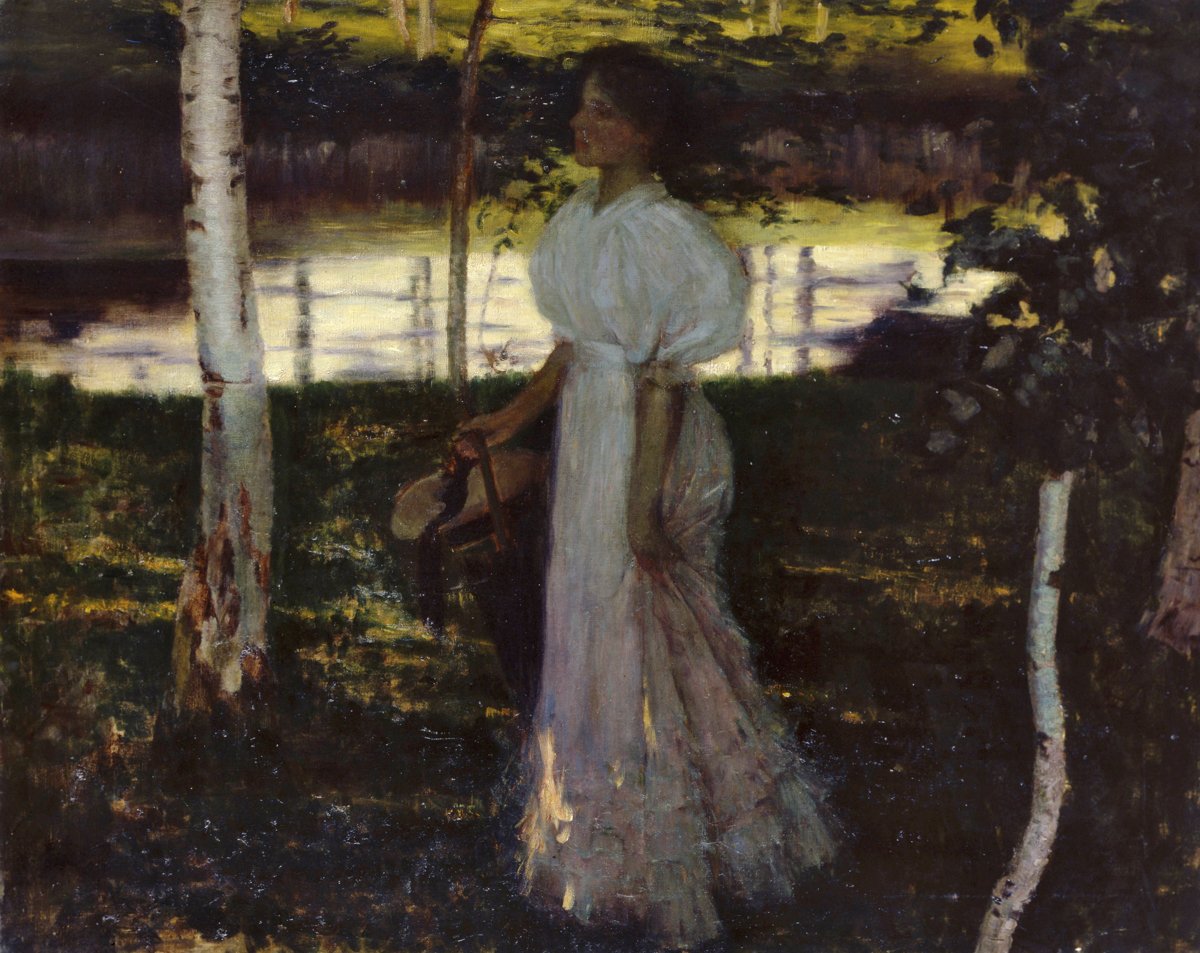 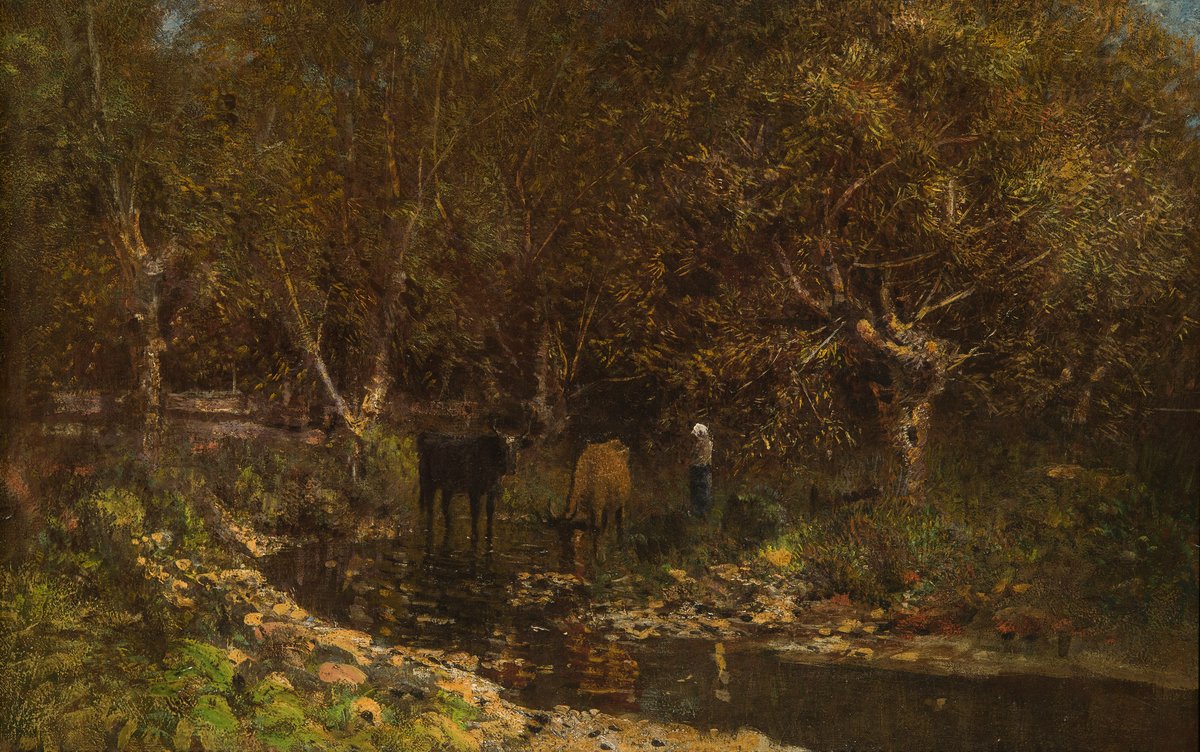 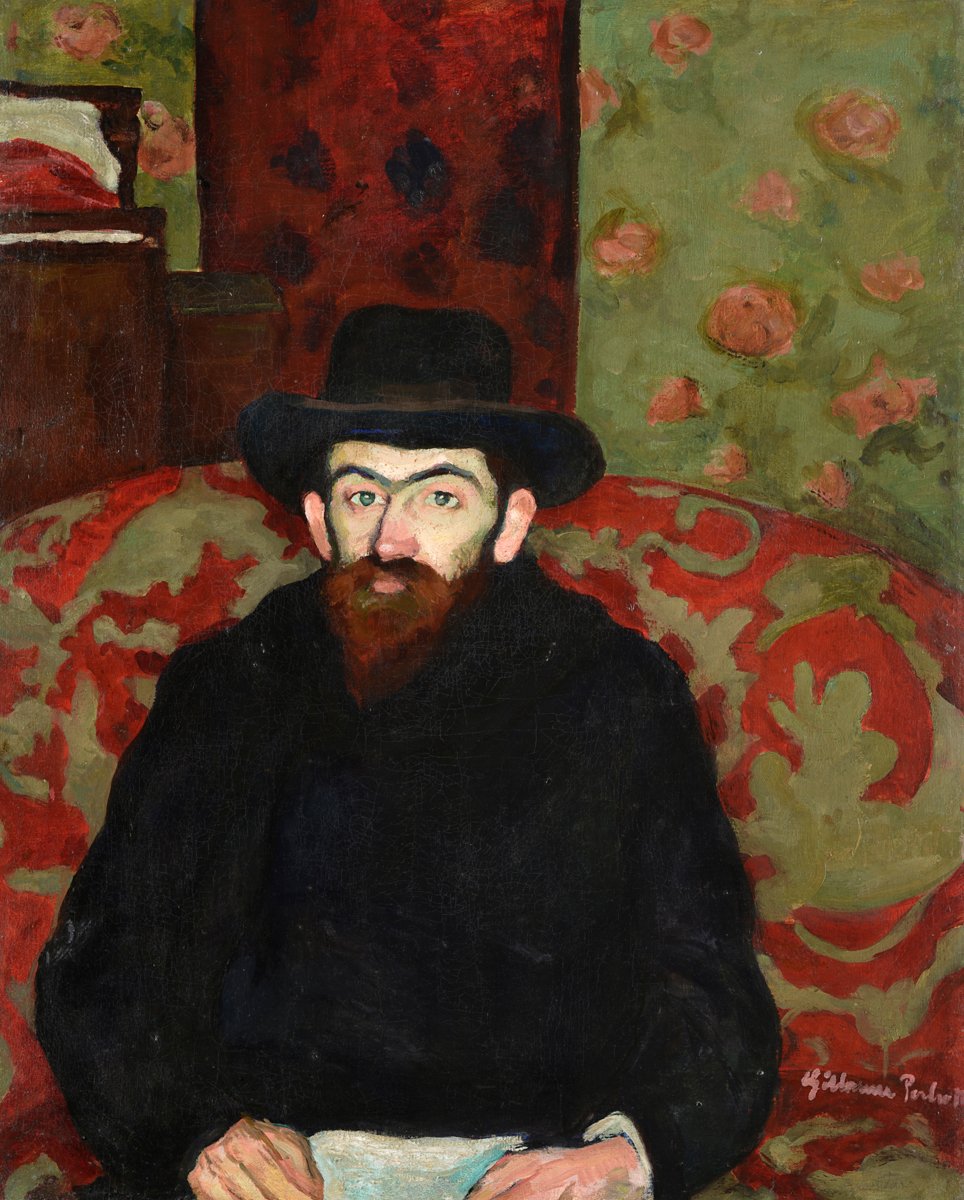 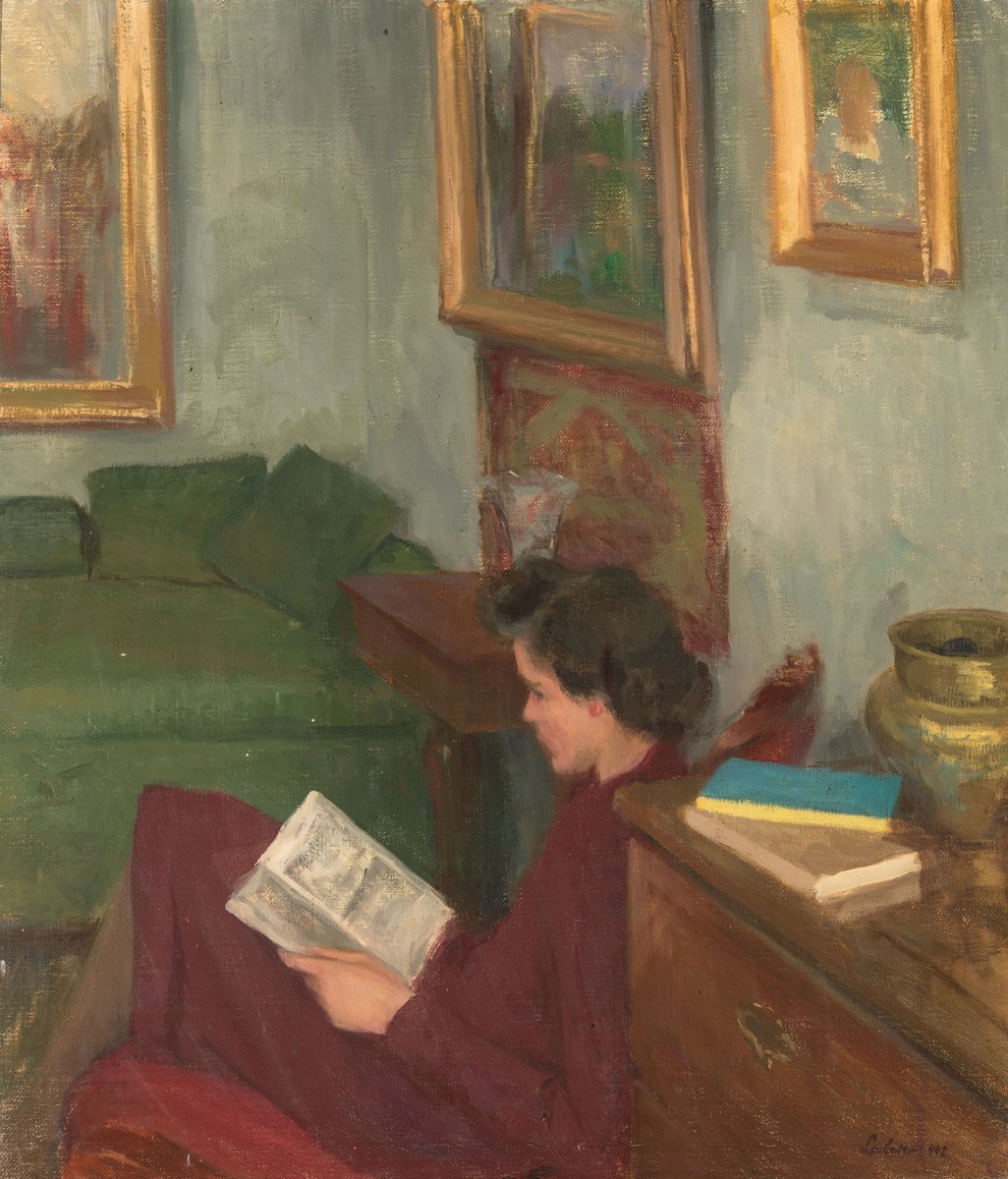 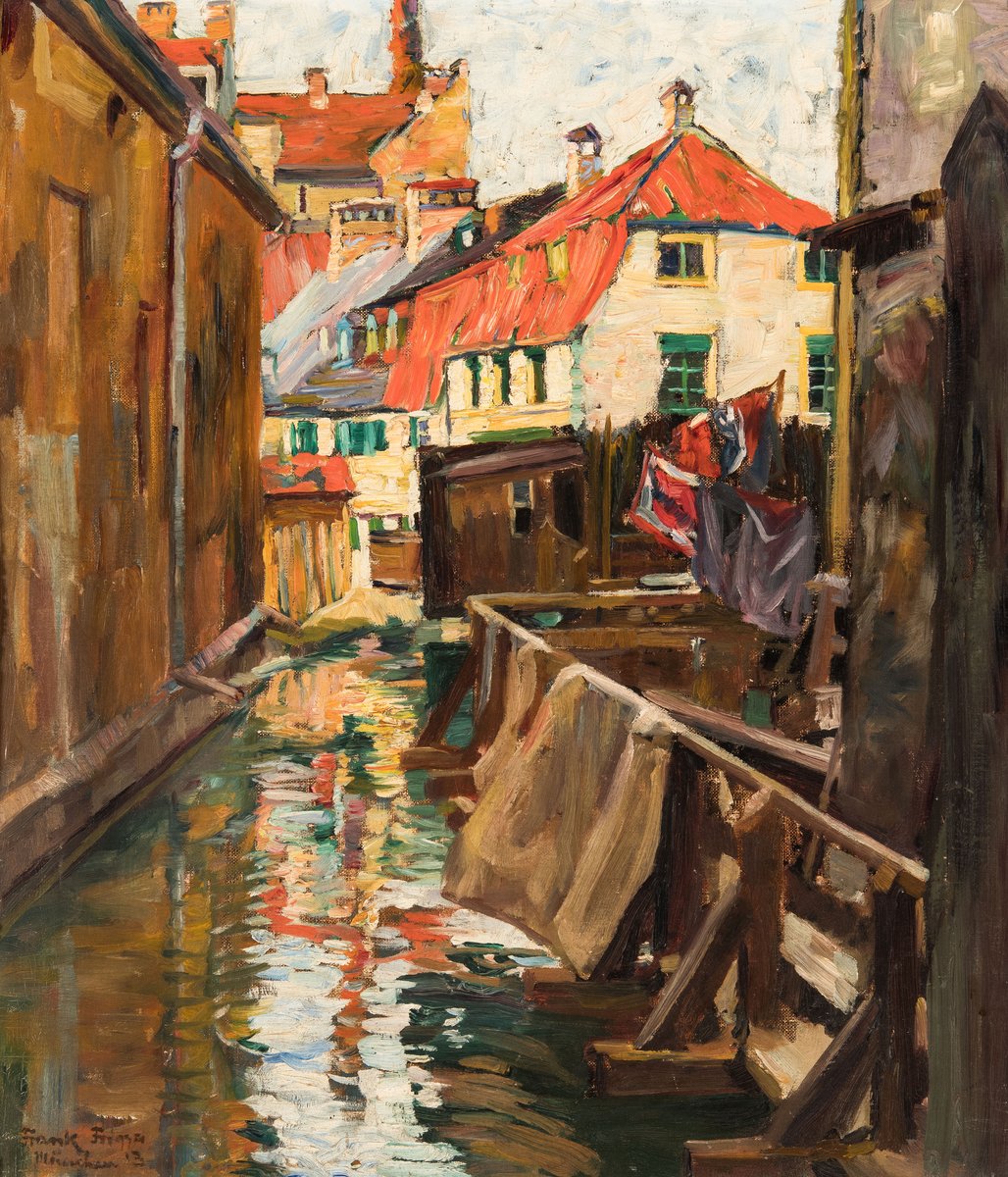