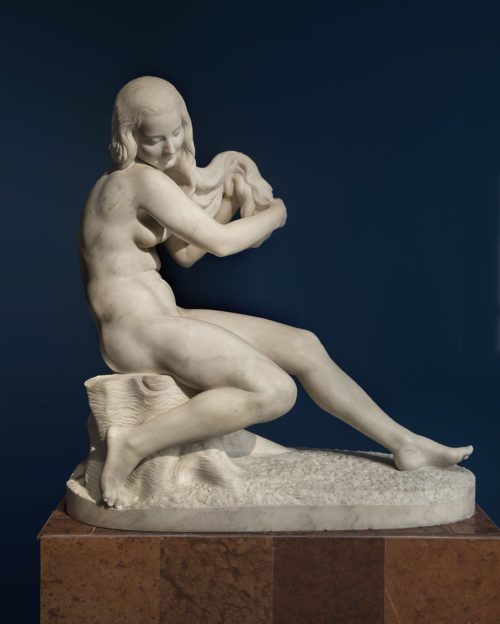 Zsigmond Kisfaludi Strobl gained recognition with his 1909 exhibition at the Budapest Művészház (Artists’ House), and his career reached its height between the two World Wars. The fruits of this period are the countless bronze statuettes, plaquettes and monumental works, along with travels and a number of acknowledgements at home and abroad.
Following World War I and the Hungarian Soviet Republic, the artist struggled hard to find his bearings. He found solace in shaping marble female figures, like Morning. Often called the “Hungarian Venus,” Kisfaludi carved a small version of the statue in 1924. When American media mogul William Randolph Hearst saw a reproduction that appeared in the English-language magazine Studio, he commissioned a life-size version. It is a duplicate of the latter that we now present. Reminding us rather of a genre scene while being solemnly modelled, the woman combing her hair creates an informal air. Embodying the allegory of the time of the day, the figure is made intimate by the woman’s realistic modeling, the lyrical mood and the thrill of peeping. 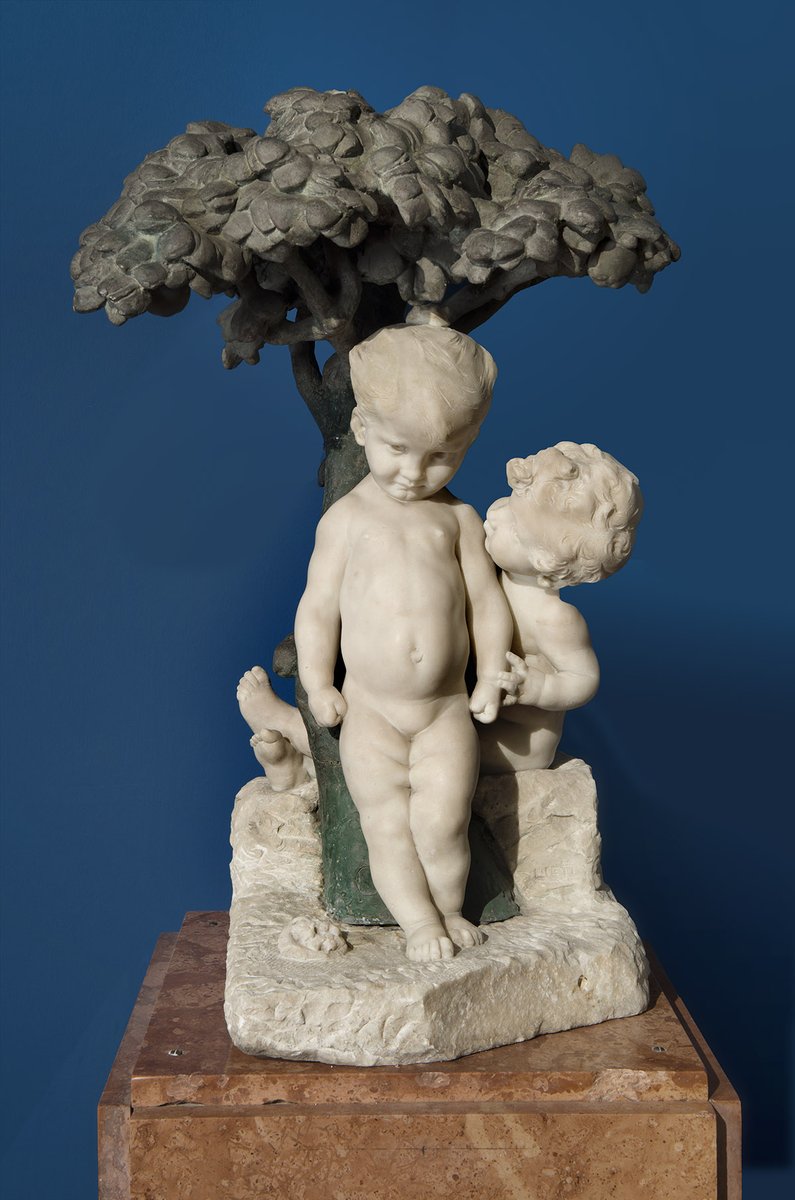 Ladislaus I of Hungary Barna Búza 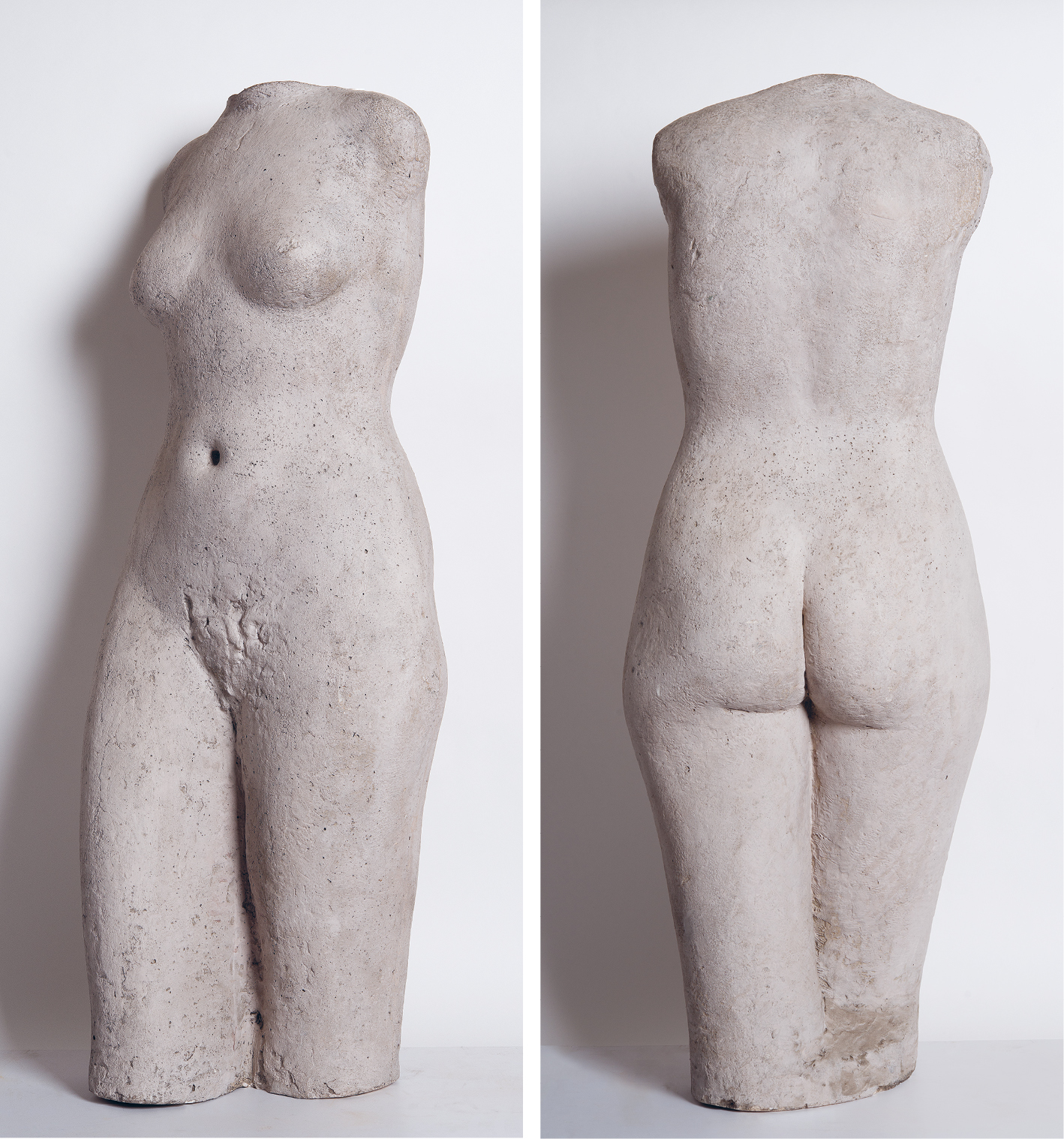