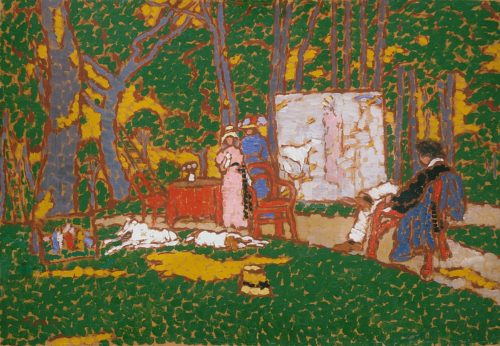 Having spent almost a decade and a half abroad, József Rippl-Rónai returned to Hungary in 1900. The contemporary approach to painting that he had adopted in France meant that he was soon widely regarded in his homeland as one of the foremost exponents of modern art. An exhibition of his works held in 1906 at the Könyves Kálmán Salon in Budapest brought him critical acclaim and financial success. In 1908 the artist bought Villa Roma, a house in the outskirts of the town of his birth, Kaposvár. His erstwhile home, which is set in a sizeable park, now functions as a memorial house.
Around this time, Rippl-Rónai was commencing on his so-called “maize-style” period, which was characterised by large “dots” of bright pigment applied diffusely to the surface of the painting. The paintings of parks and country houses he produced in this synthetic, decorative style, influenced by impressionism and more directly by the Fauves, are dominated by emphatic contours and pure, unblended colours. In addition to focusing on visual values, however, the artist also maintained a realistic approach to the spectacle, as proven by a contemporary photograph whose arrangement is almost identical to the one in the painting. The close similarity between the two images shows that Rippl-Rónai, like many of his international contemporaries, would sometimes use photographs as the basis for his painted compositions.
The motif of an “image within an image” is always an interesting choice of subject. In this composition, we can see the artist in the gardens of his villa in Kaposvár, painting an enormous canvas of his wife, Lazarine, and their adopted daughter, Anella. Rippl-Rónai produced numerous paintings, in different variations, of scenes recording the moment of creation. | Edit Plesznivy 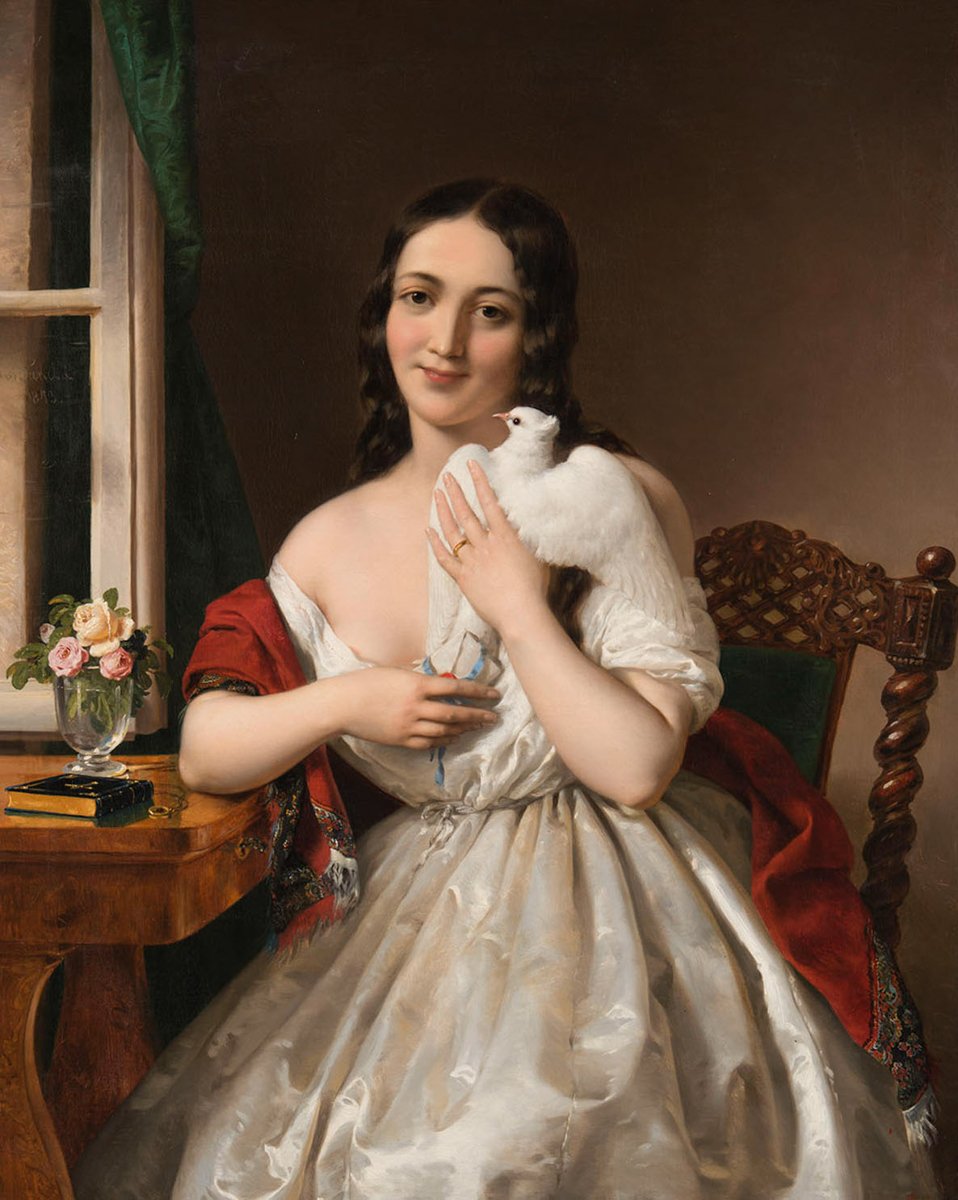 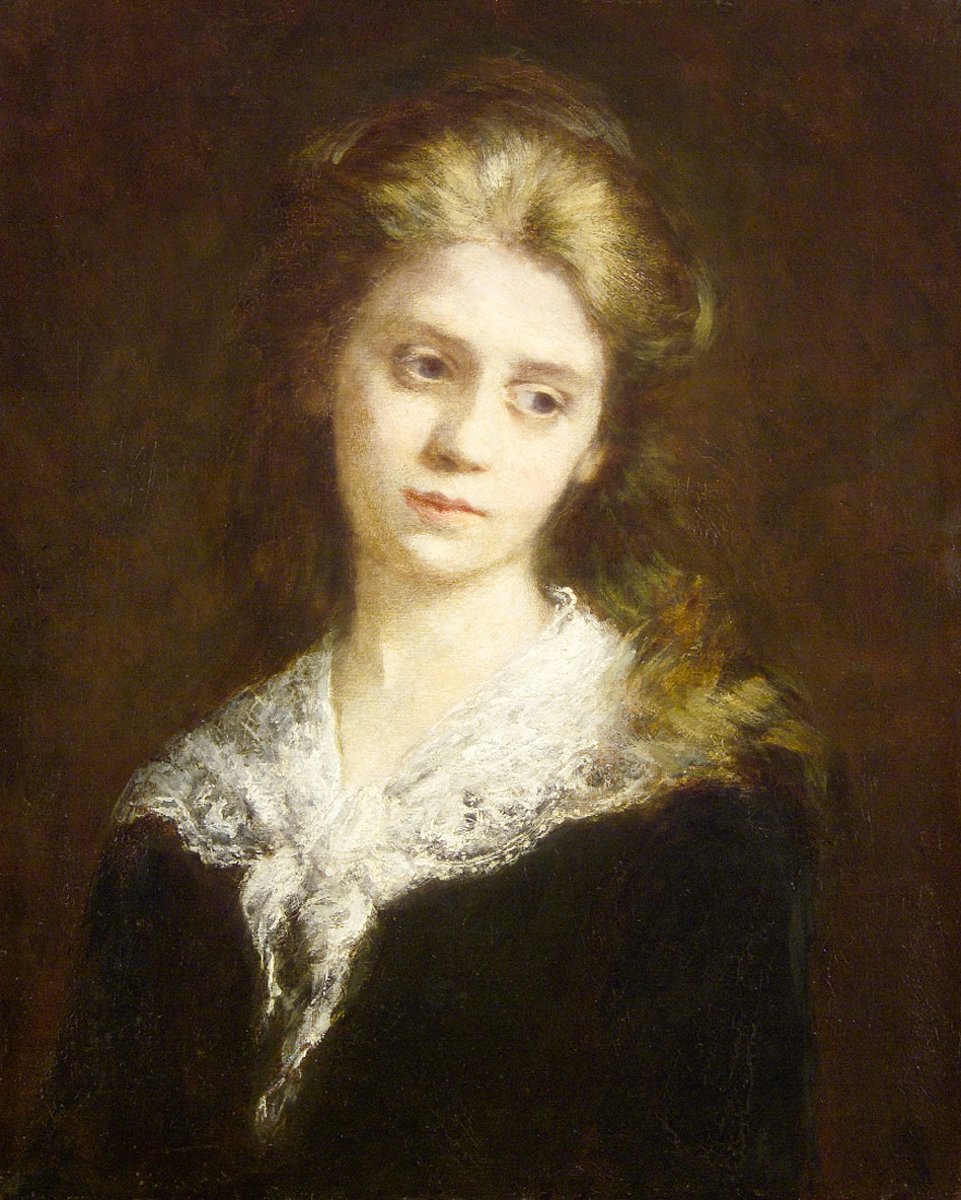 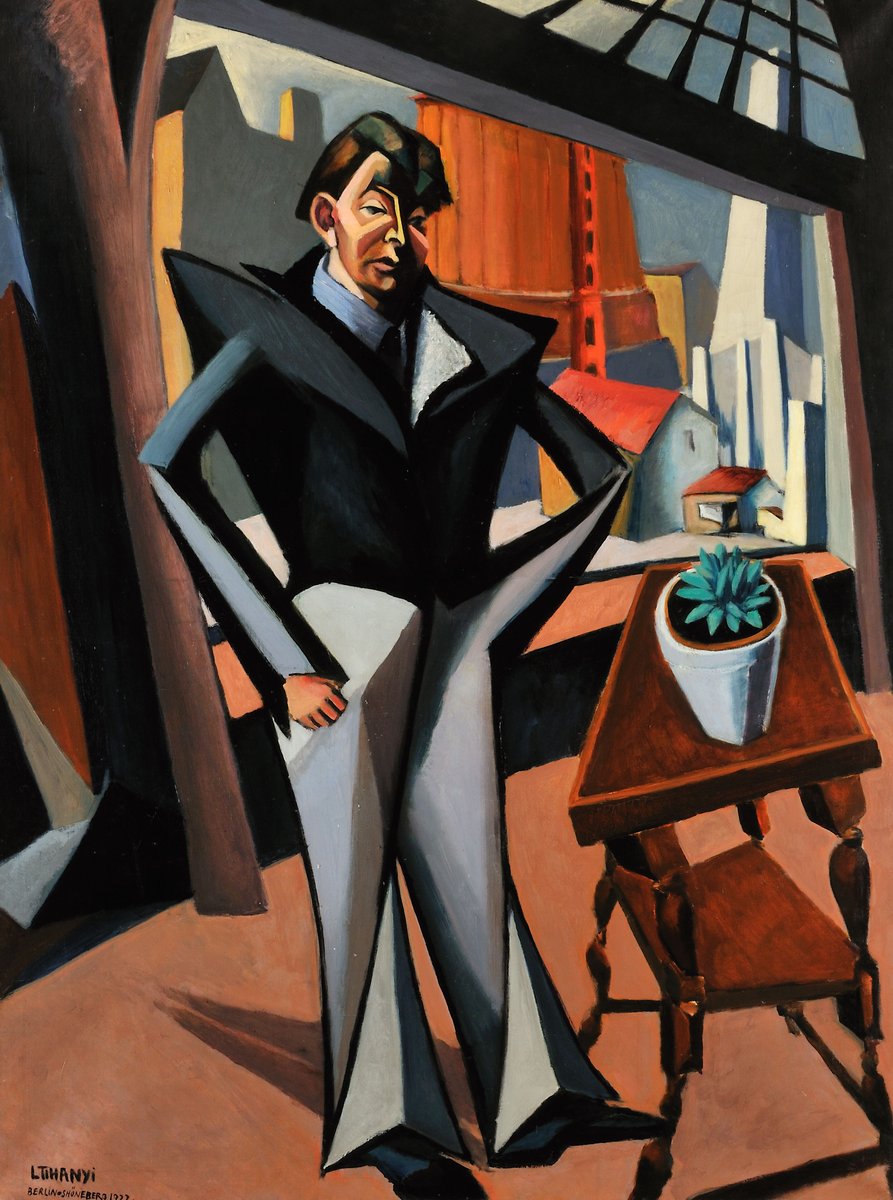 Portrait of his Wife Viktor Madarász