At the turn of the century, Miklós Ligeti was deemed to be the foremost Hungarian follower of Rodin: at the French master’s exhibition in Budapest in 1907, his graphic works were accompanied by Ligeti’s sculptures at the National Salon.
The elaborately designed, smooth nude of Eve emerges from a rough block of marble. The ancestress of mankind holds the fruit of original sin, while her untied hair merges into one with the rustically hewn rock. Similarly to Rodin’s works, the composition and the surface effects used symbolize the struggle of the soul as it longs to be released from matter. The immediate precursor of the piece is Danaida, Rodin’s statue from 1889. While the French sculptor used an antique theme to represent sin and suffering, Ligeti chose to portray the biblical scene profanely. Representations of life in Paradise, the Fall of Man, and the tormented state after being driven from the Garden of Eden, have a distinguished position in his art. Sitting Man (“Paradise Lost”), also presented at our exhibition, could be paired with Eve with its banished and forsaken Adam. 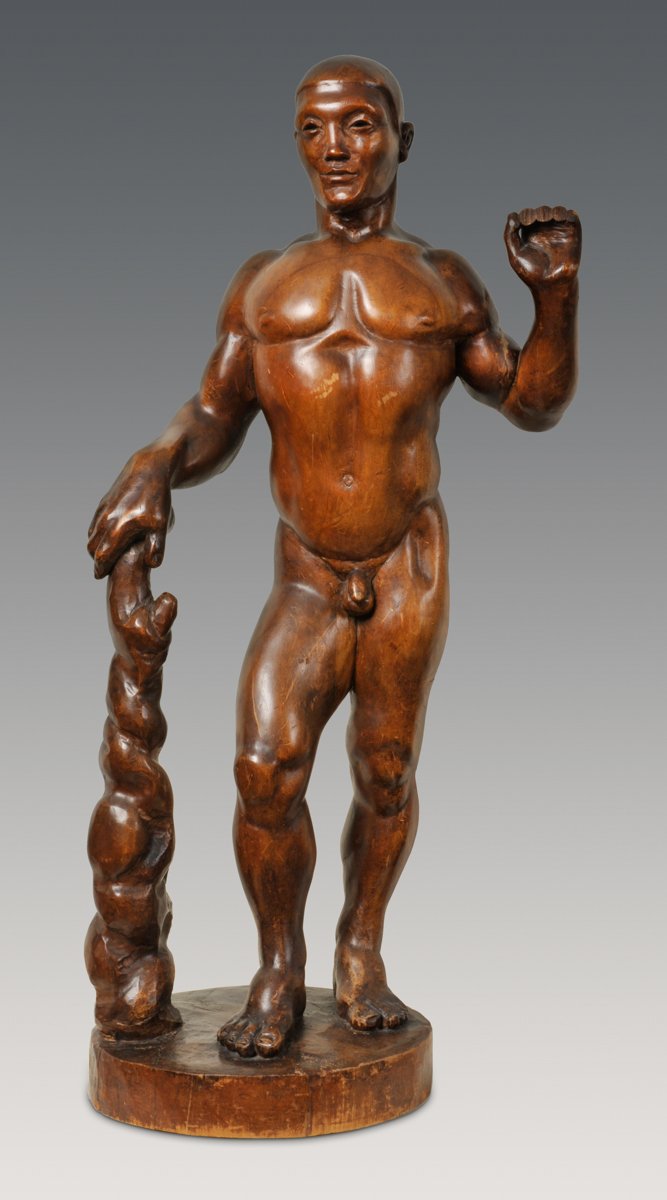