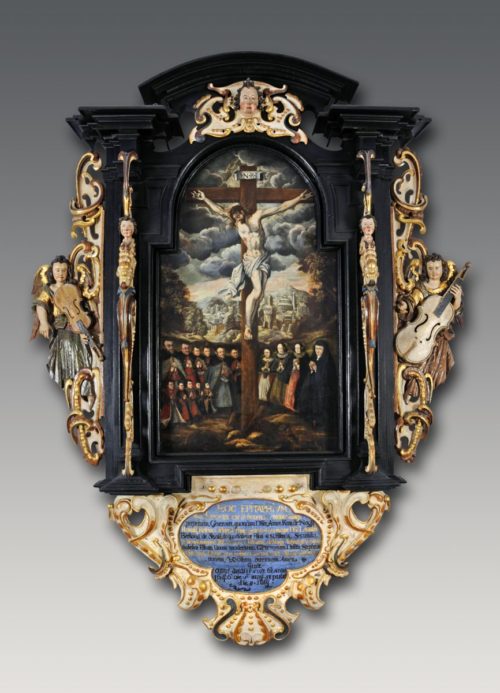 One of the striking features of 17th-century church furnishings were the wooden memorial plaques, or epitaphs. The example we have on display is from the church of Kisszekeres, from the burial place of the Rozsályi Kun family. The epitaph, like other memorial plaques of the period, resembles 17th-century Baroque altars in its proportions, structure and details. In the central image, Anna Rozsályi Kun, wife of István Tárkányi, kneels under the cross, the tree of Salvation, in widow’s attire. Next to her, we can see her two husbands and her children from both marriages, who commissioned this work to ensure their faith would remain strong and their prayers would be heard. The red crosses signify the family members who had died by the time Anna Kun herself passed away. The black frame of the panel painting is adorned with characteristic, fine, sculpturesque carvings in a style known as earlobe or cartilage because of the form of the carvings. 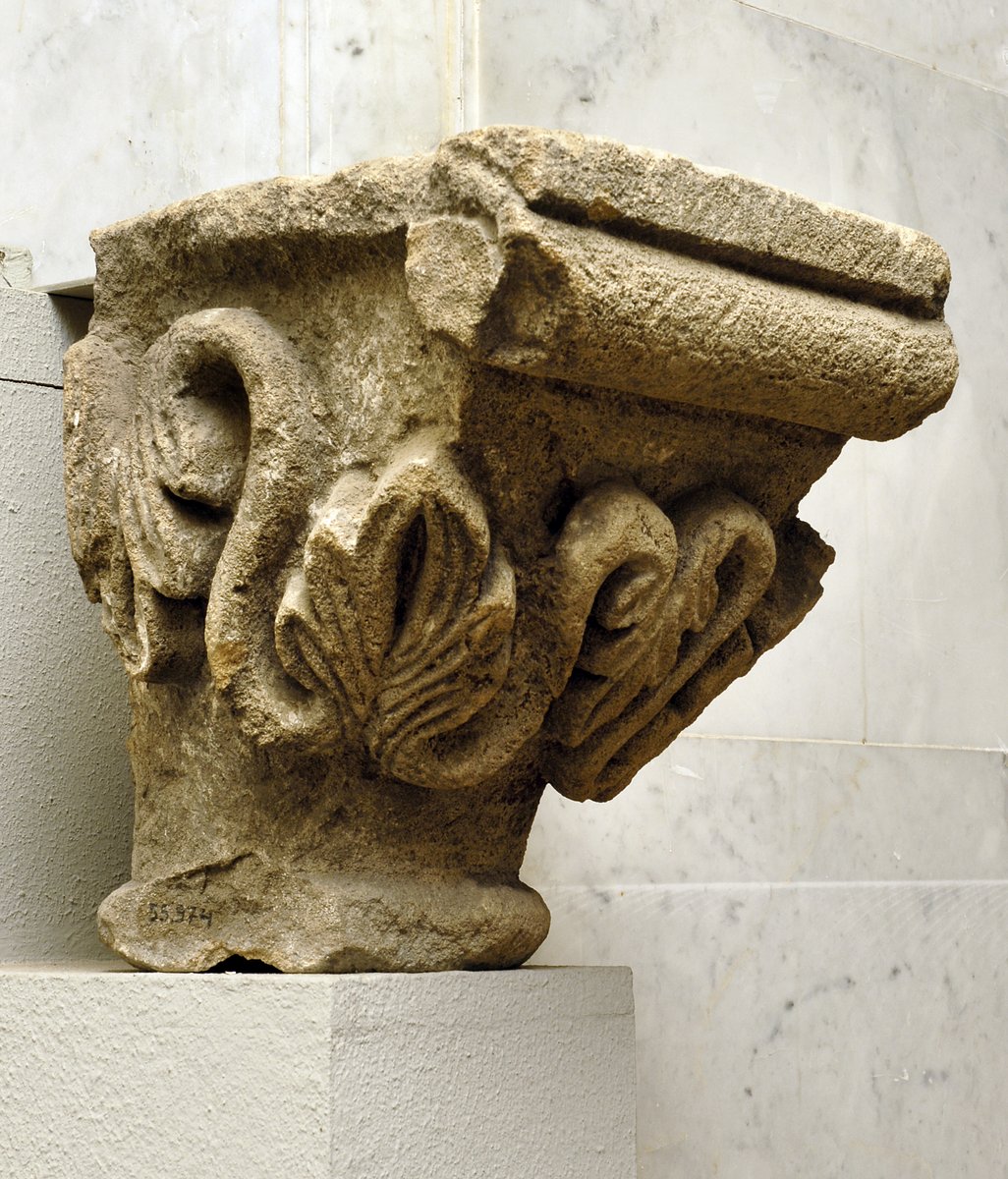 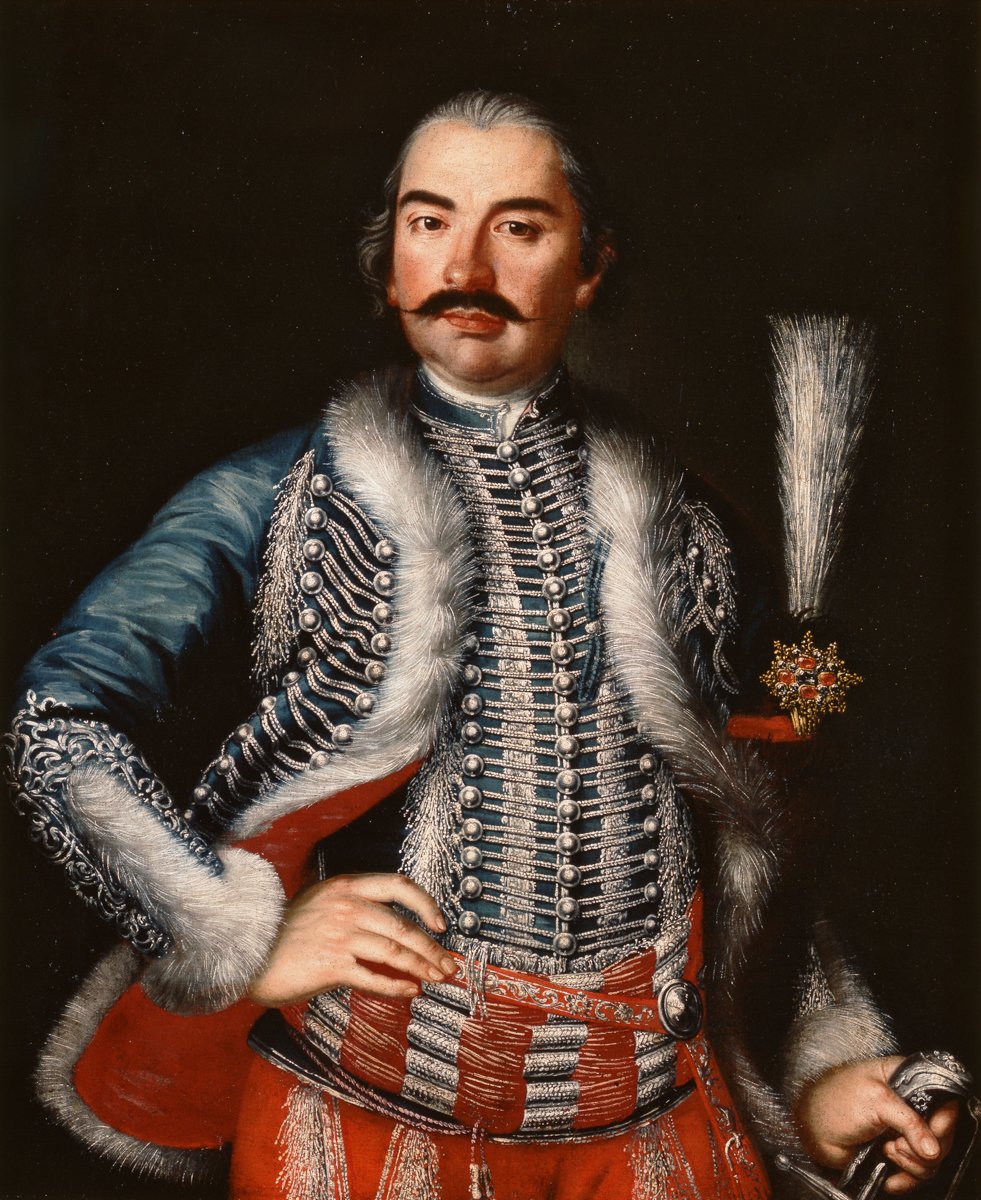 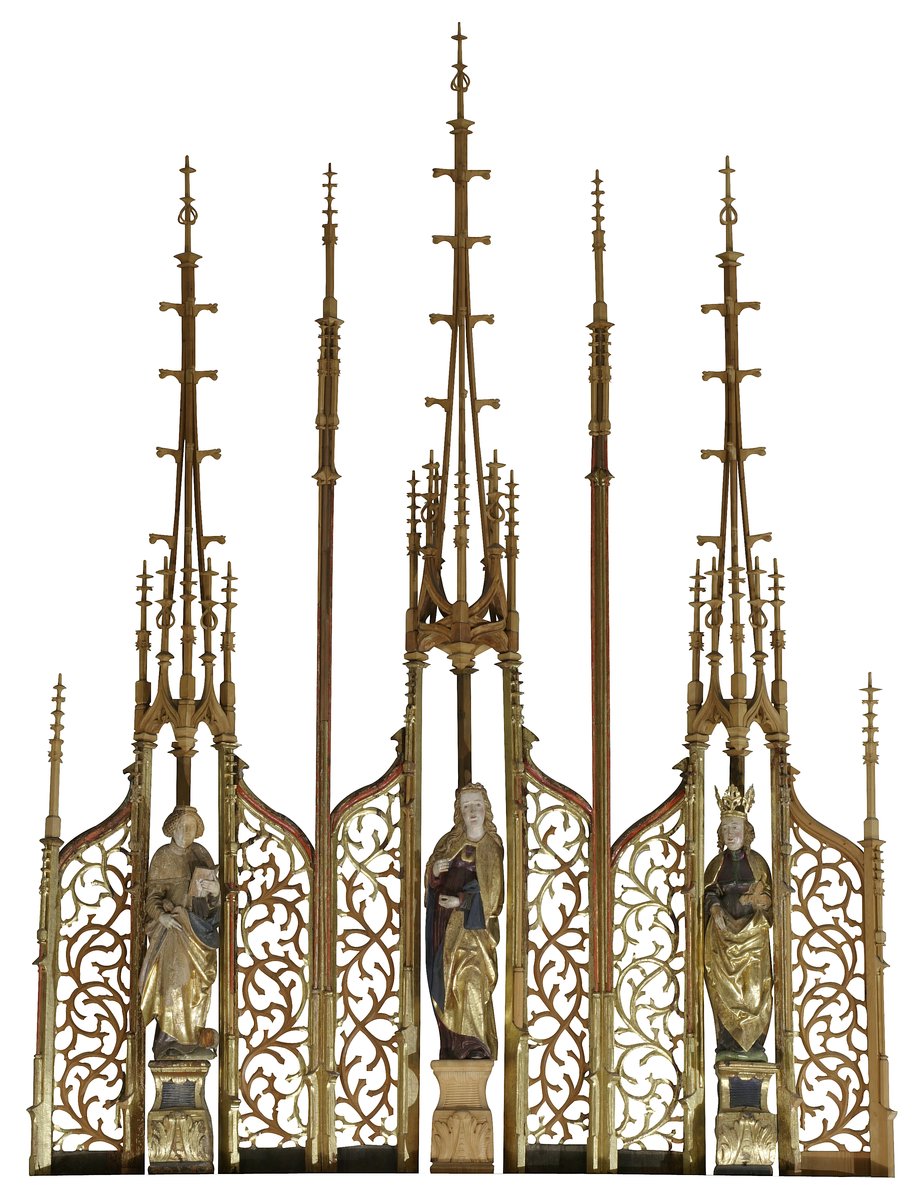 Superstructure of the Annunciation Altar from Kisszeben (today Sabinov, Slovakia)

Fragment of the base platform from the tomb of Queen Gertrude 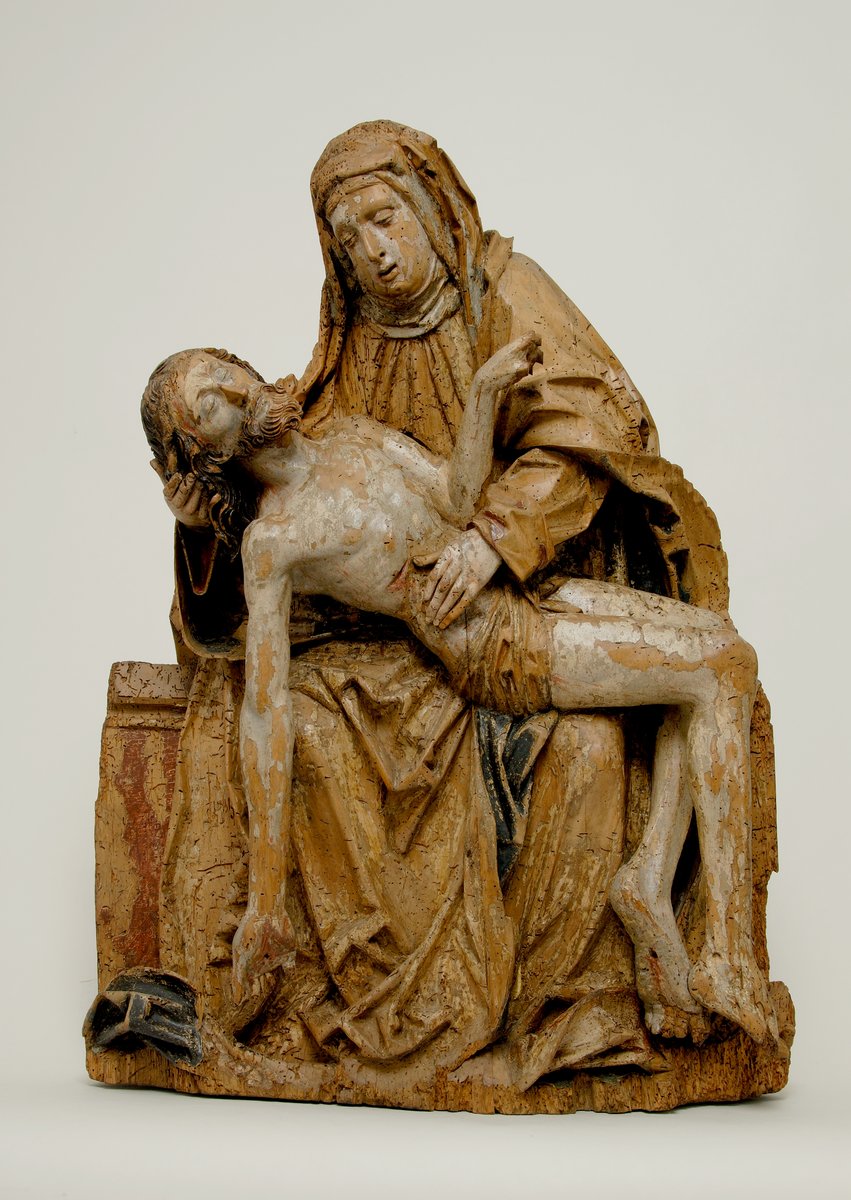 Capital of a compound pier from Pöstyén (today Piešťany, Slovakia) 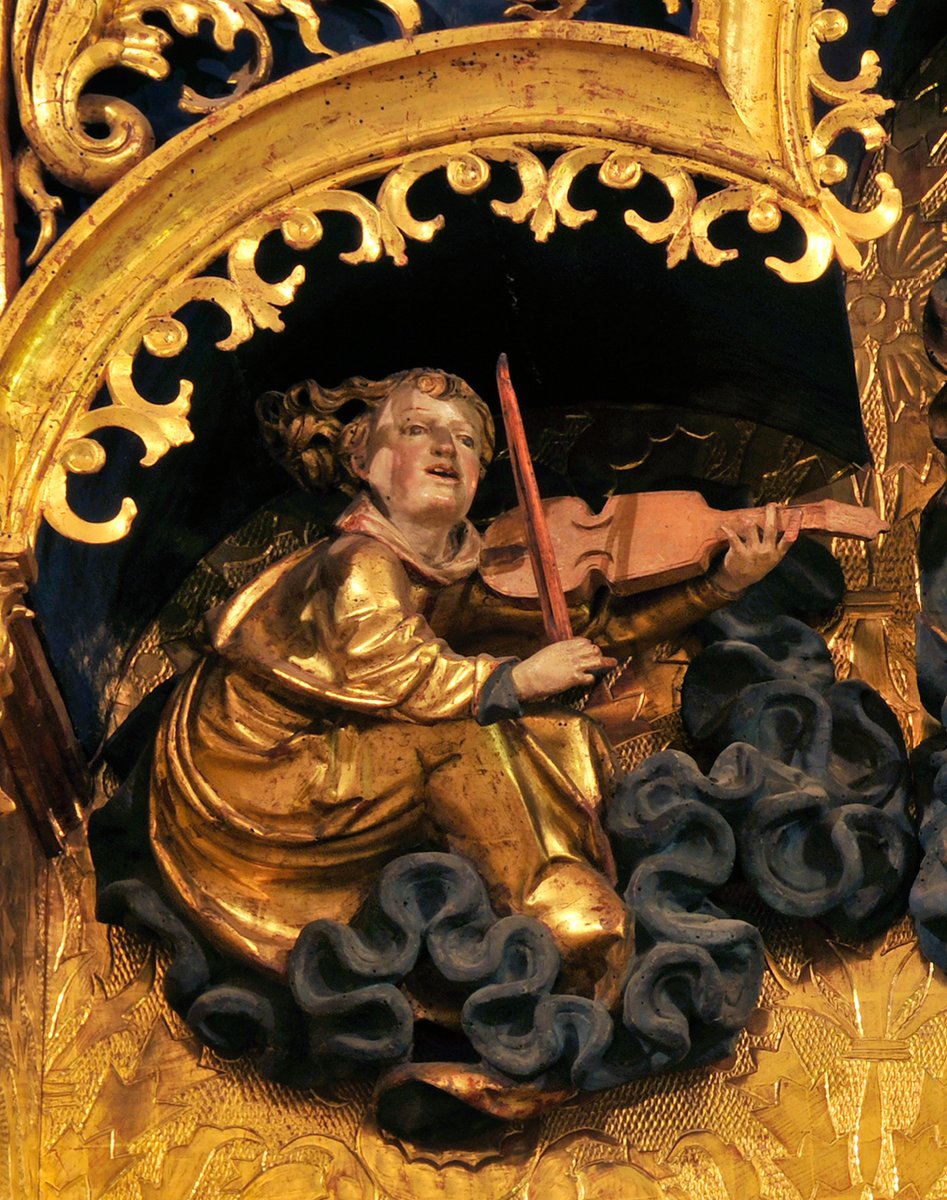 Angel playing the violin from the shrine of the Annunciation Altar from Kisszeben (today Sabinov, Slovakia) 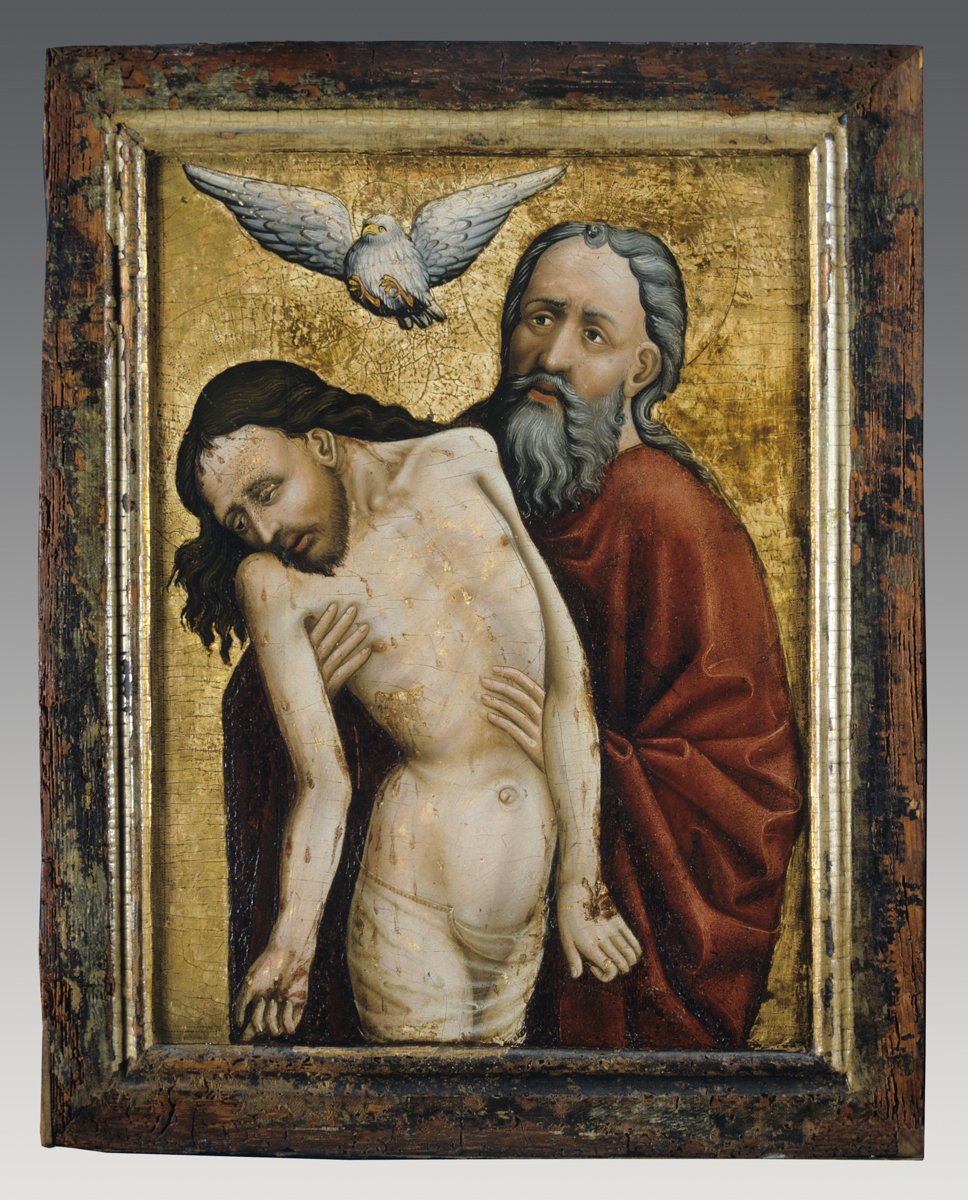 The Holy Trinity, panel of the inner side of a diptych, provenance unknown

Fragment of a statue of a lion 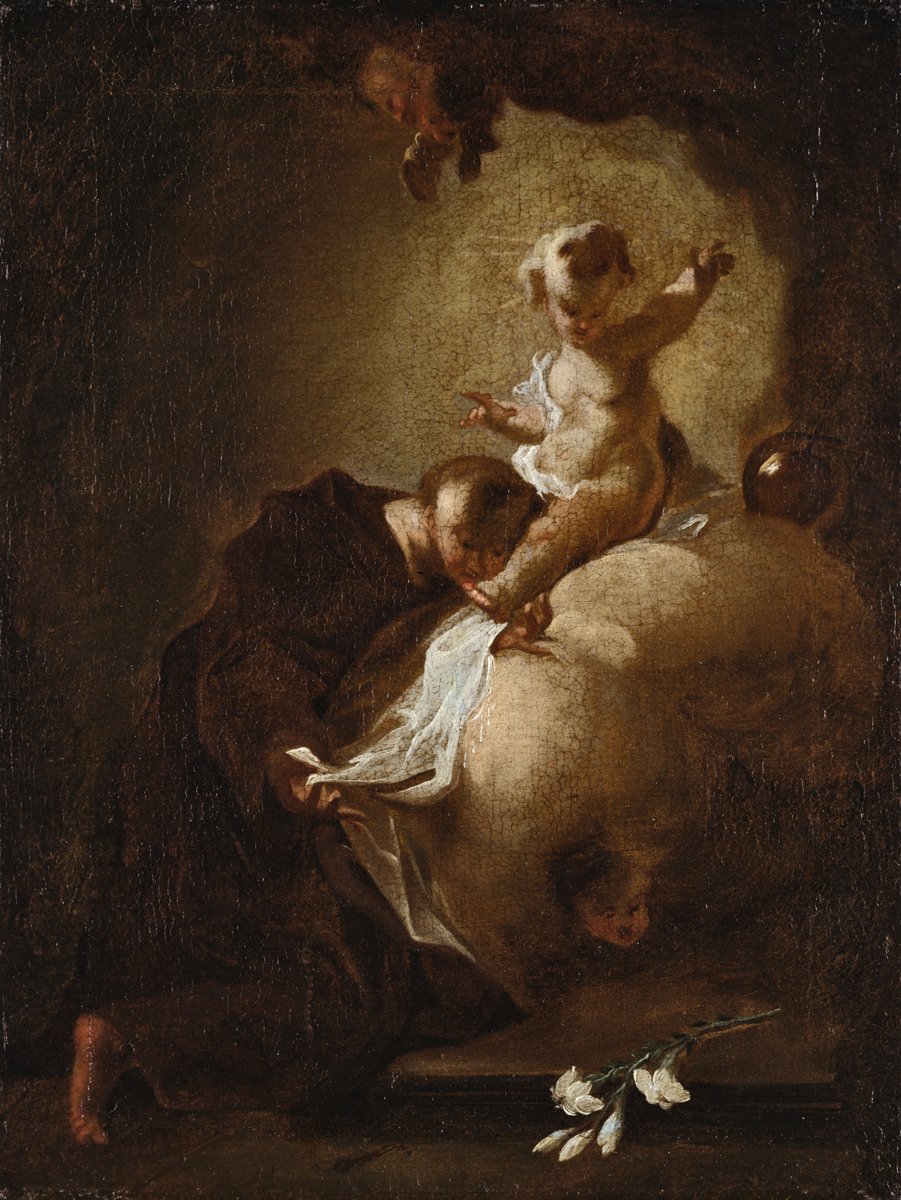