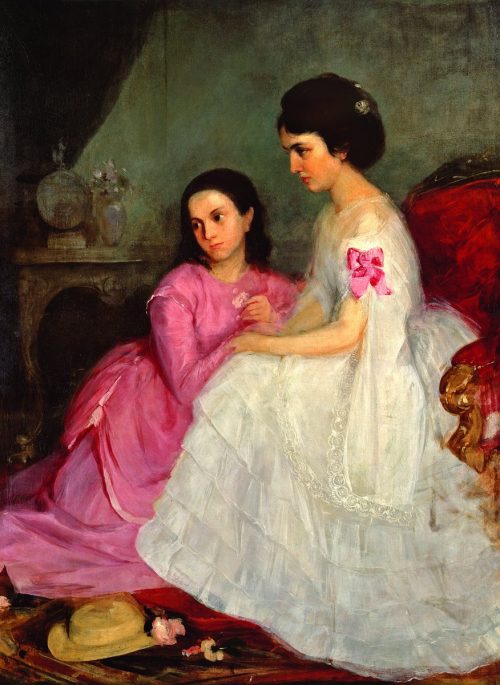 The artistic career of Géza Dósa, whose life so tragically ended at the age of 25, was one of the most promising in Hungarian painting, despite the fact that only a few of his works are known to us. Having completed his studies in Marosvásárhely (now Târgu Mureș, Romania), Dósa studied privately under Bertalan Székely in Pest between 1864 and 1866, after which he enrolled at the Academy of Fine Arts, Vienna. He returned home to Transylvania after a year and a half, and in spring 1869 he resumed his studies in Munich. The same year, the Hungarian government launched a competition for history painting, and Dósa submitted an entry on the subject of Gábor Bethlen among his Scholars. In 1870 the artist returned to Marosvásárhely, where he painted this Double Portrait of the daughters of József Wittich, a local book dealer. The colour harmonies of grey and white on the one hand, and red and pink on the other, form a contrast that is quite unique in Hungarian painting, with the closest similarity to be found in the palette of Édouard Manet. The still life-like arrangement of hat and flowers in the foreground is also reminiscent of the French master. This painting of the two young ladies derives its tension from the way the sitters are turned away from the viewer, in a genre-like setting that defies precise interpretation. We seem to be witnessing a sad or alarming event, for the girls are gripping each other so closely, their eyes fixed somewhere on our left, outside the frame of the painting. The simple, light-coloured dresses lend the work an air of timelessness, which accentuates the ambiguity of place and narrative in the painting. This is not a reflection of the painter’s much maligned rural backwardness and provincial lack of sophistication, but an encapsulation of the loneliness and existential insecurity of the modern age. Dósa’s early death came about as the result of an unfortunate liaison with a model in Munich. As related by his friend, Ödön Kacziány, the model “pestered him with letters, demanding marriage and threatening to cause a scandal. The troubled and sensitive artist, desperate to avoid public shame, promised to give her more money. Unable to pay her in time, and fearing his excessively strict father, after much torment he put a bullet through his brain.” | Gábor Bellák 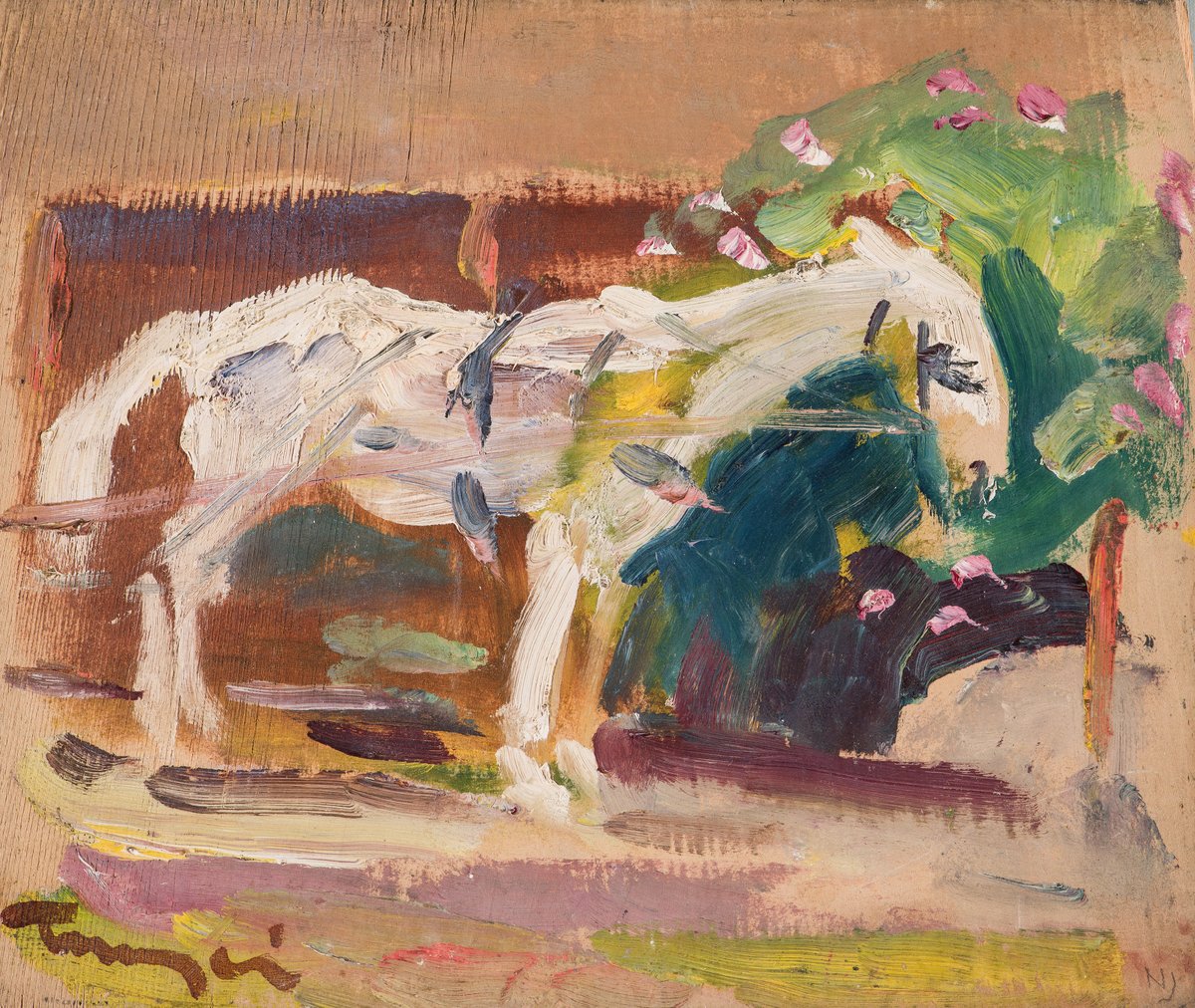 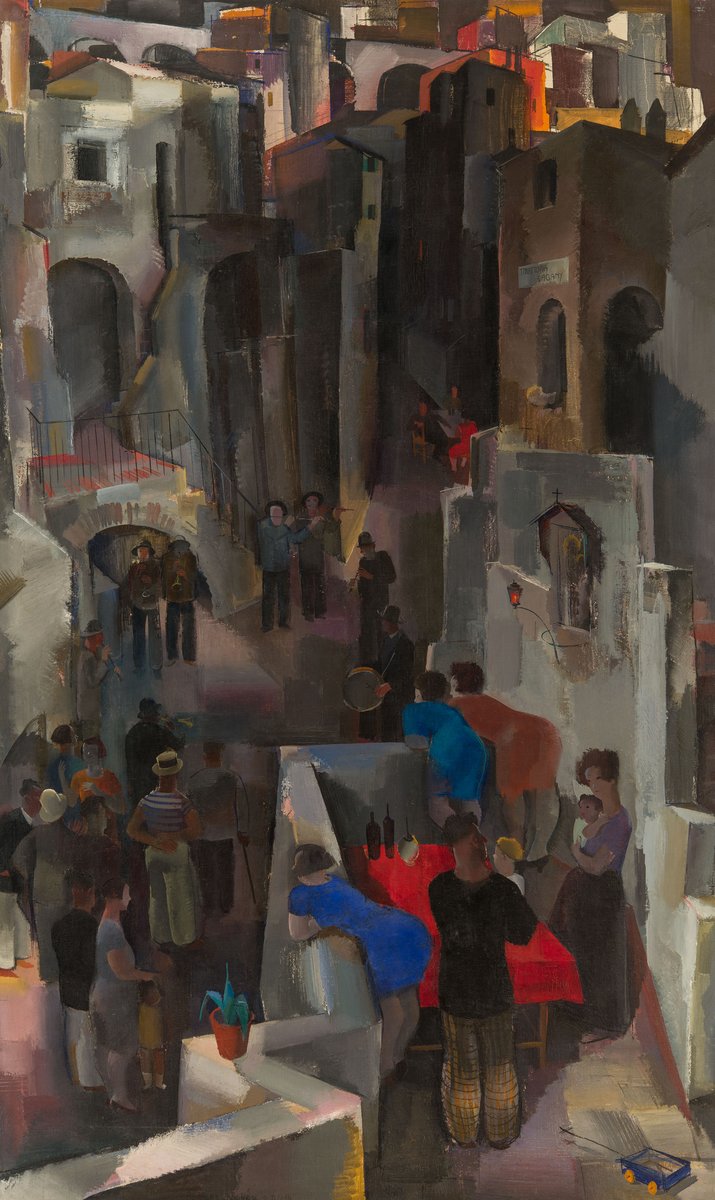 Concert in the Square Vilmos Aba-Novák 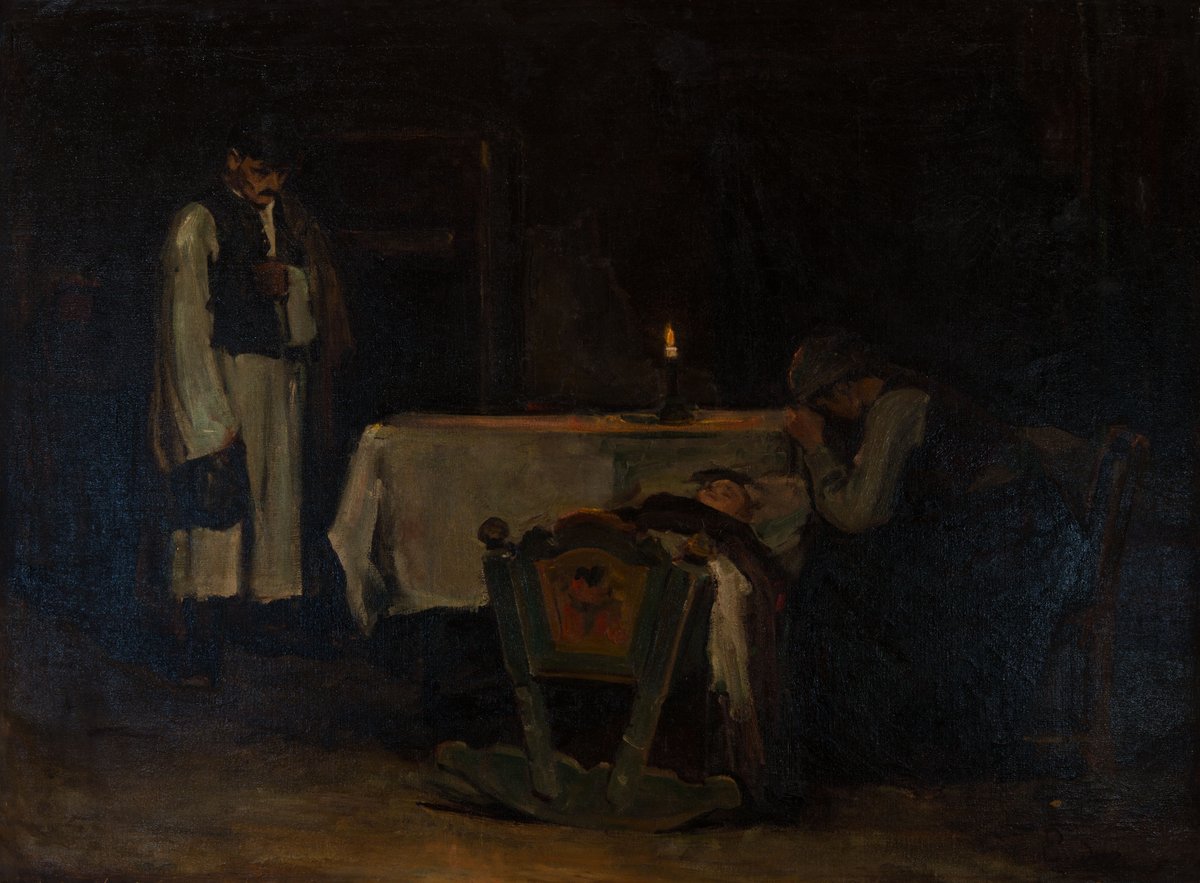 At the Cradle Béla Endre 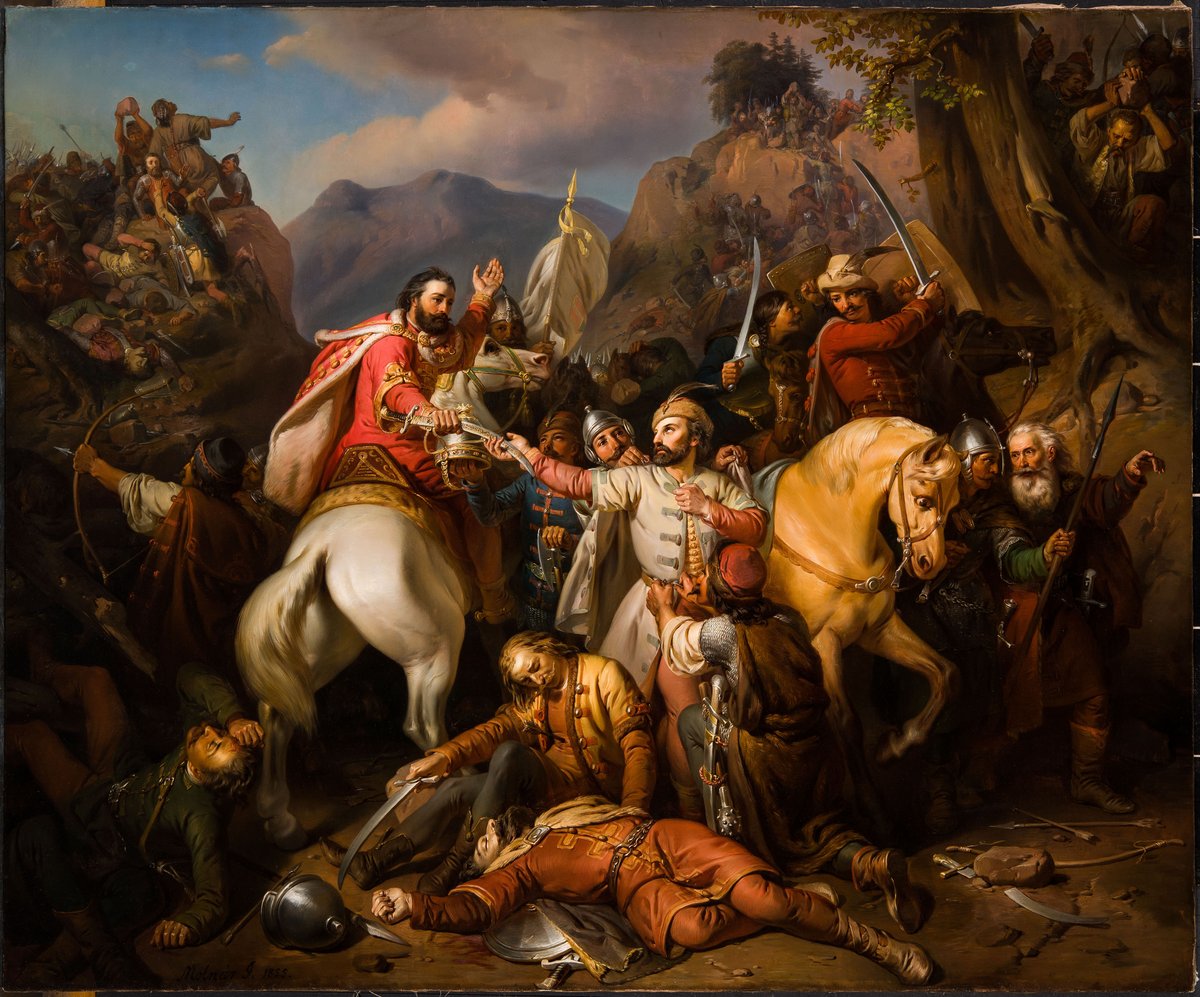 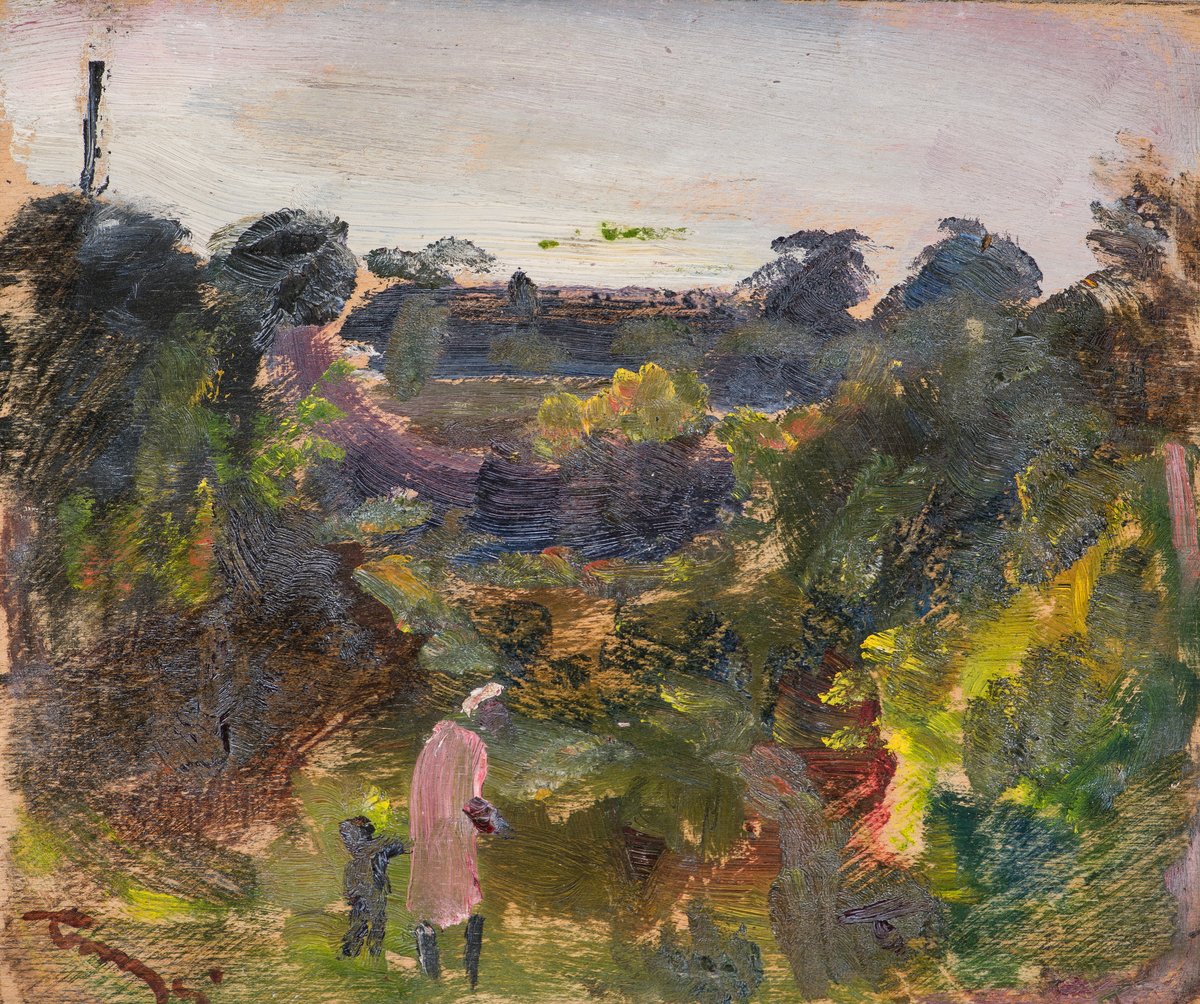 Garden with Women in Pink Dress and a Child János Tornyai 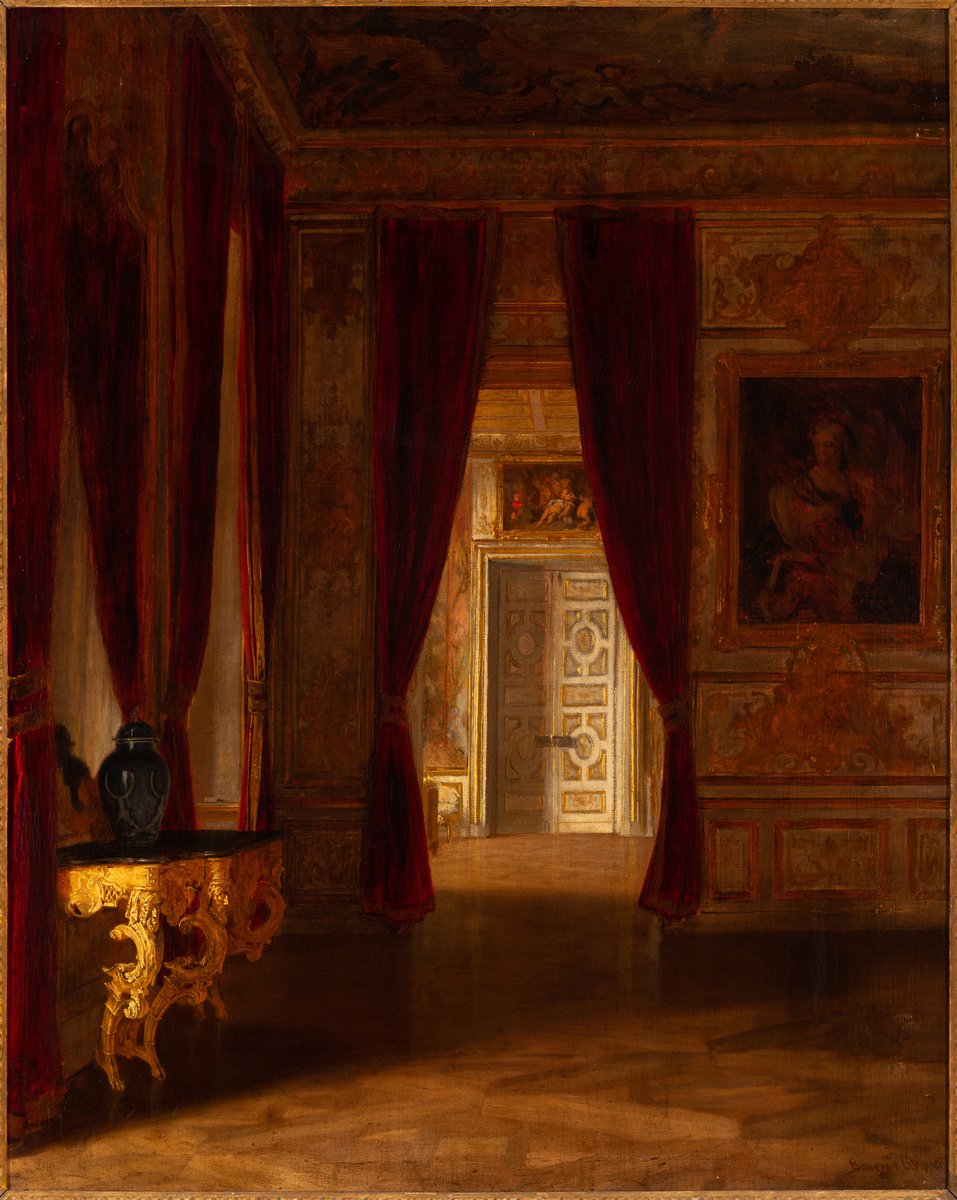 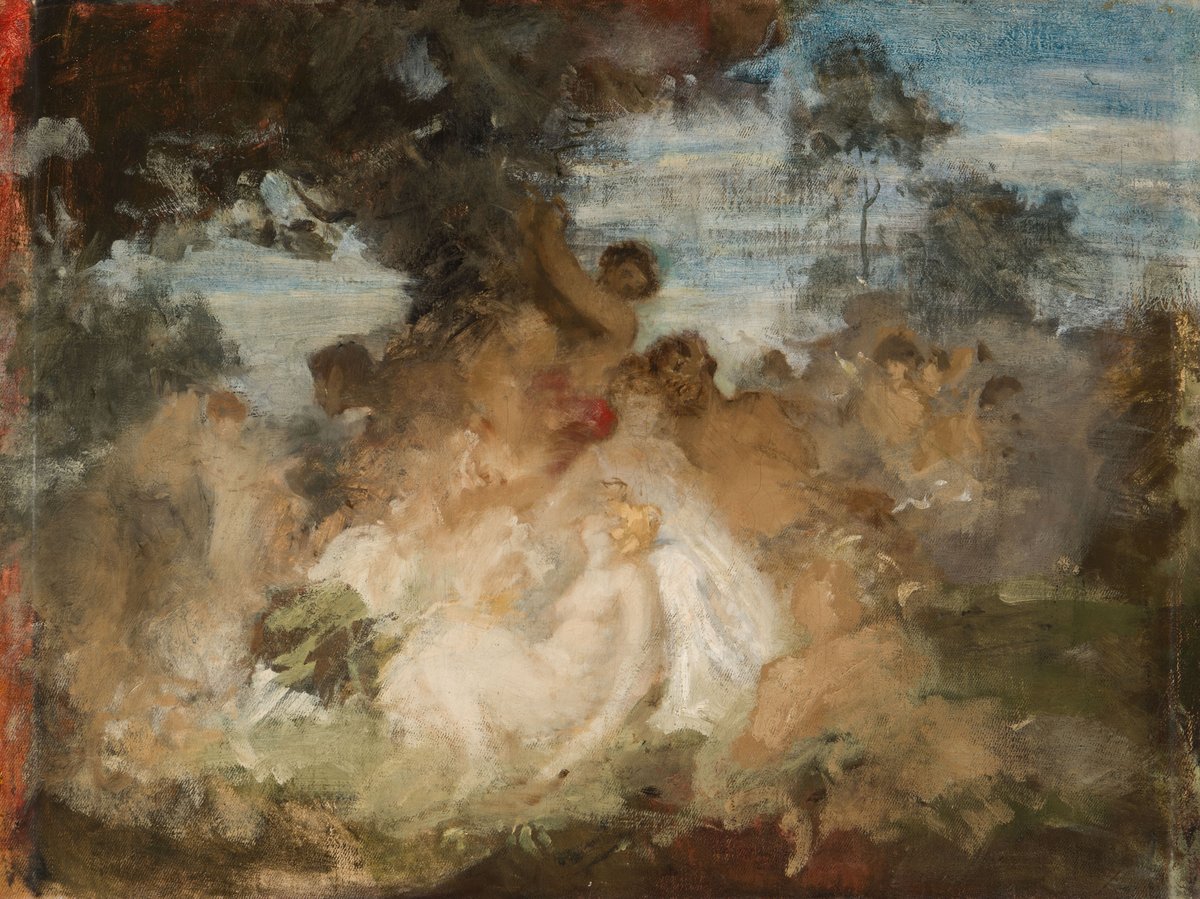 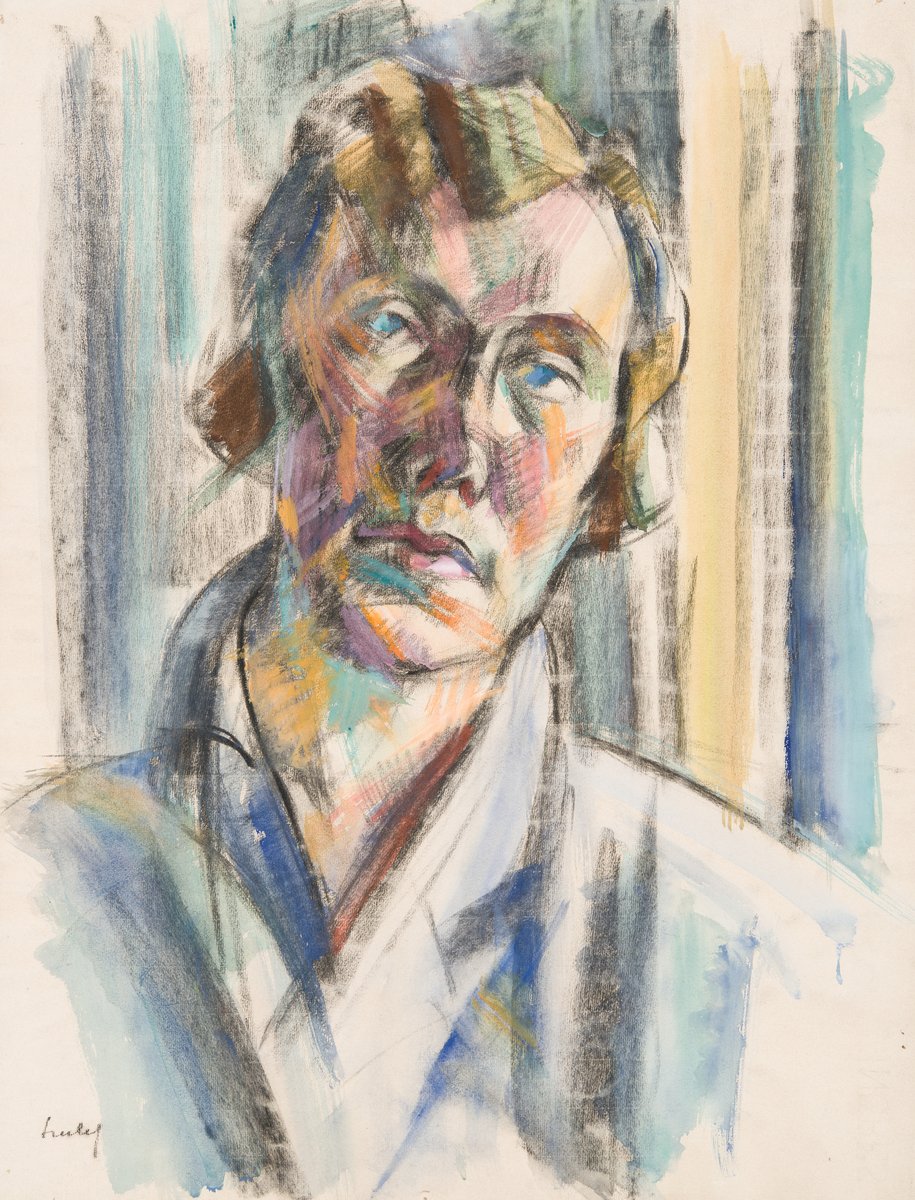 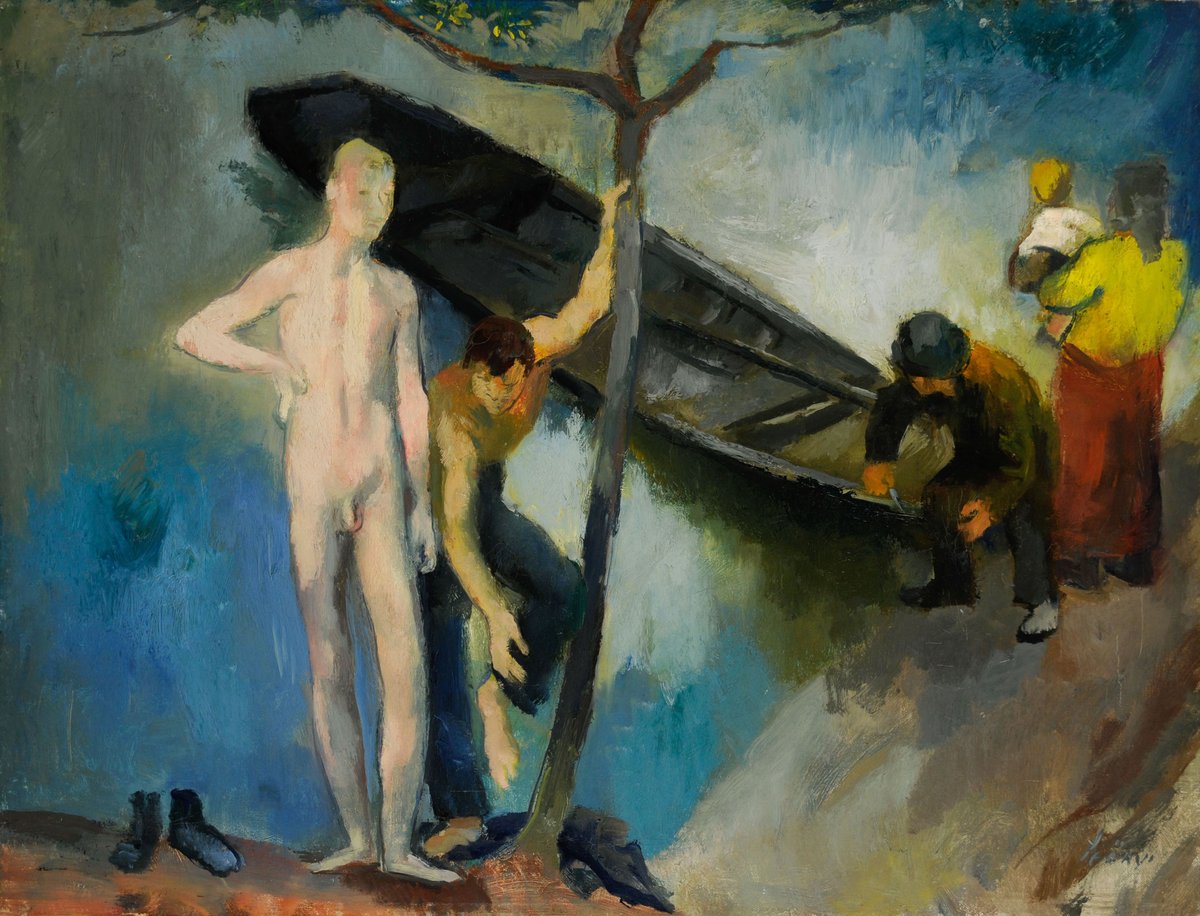 Scene on the Waterfront István Szőnyi 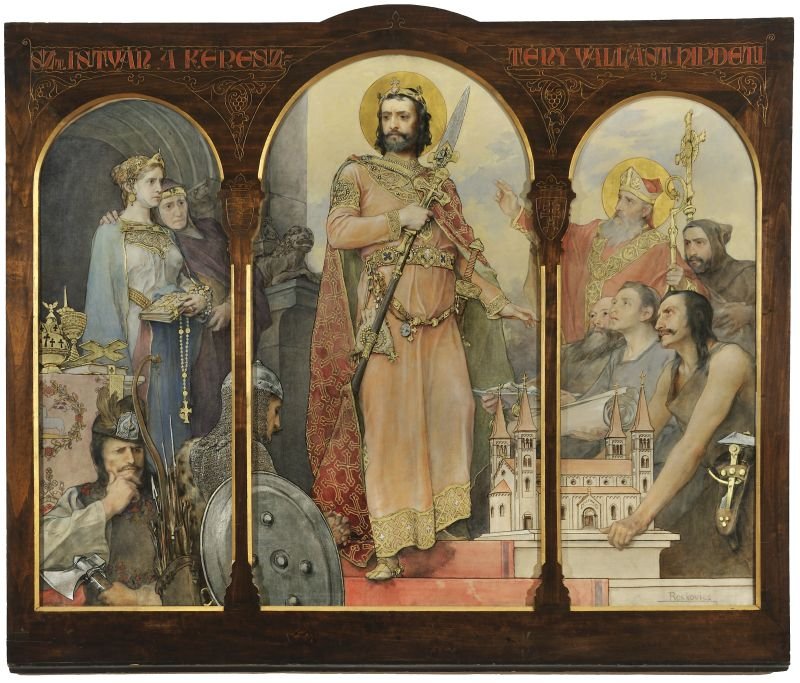